Do you like football? [not soccer to Brits] What do you enjoy most about going to the match? Do you think we have good value for money? Are there changes you would like to see?

The day will probably start with a full English breakfast.
A’ full English’ should contain fried bacon, sausage and eggs with a variety of other foods including baked beans, mushroom, tomatoes, fried bread and black pudding. Black pudding is more popular in the North and the Midlands and unlikely to be served in the South. A Scottish breakfast may also include haggis.
Black pudding is made from congealed pig’s blood, lard and oatmeal.
As a vegetarian mine will have quorn-based sausages and bacon as a substitute.
It is usually accompanied by brown sauce or tomato ketchup.
Mine will be followed by a cup of tea.

Many people enjoy meeting in the public house or a café before the match, the food and drink is a lot less expensive than inside the stadium.  Our laws have changed so it is no longer permitted to smoke inside the pub.

Some, like myself, prefer to take in sandwiches and a flask.  My flask will contain coffee rather than the more traditional Bovril.  This saves money, avoids the queue for the food and is better for me because there is so little choice for vegetarians inside some of the stadiums.

Meat pies are the most traditional, along with beers and lagers.  Bigger clubs have more variety but are overpriced.

The turnstiles open about an hour before the game but there is usually no need to be that early as many tickets are booked in advanced and many fans hold season tickets.  This way all the tickets are matched to a seat number, there is no standing and this is safer.  This is better than the old system from the safety point of view but many people consider that it has spoilt the atmosphere.  Smoking is no longer permitted in the stands.

It is no longer permitted to stand during a football match except exciting times such as a goal being scored.  Continual standing, racist chanting, smoking or smuggling bottles into the ground can lead to a fan being ejected from the ground.  In serious cases such as fighting or invading the pitch people have sometimes received a life ban.  There needs to be a balance between keeping crowds of people safe and having too many rules.  I do agree with us being searched, even though I nearly always am.  This is because a minority of people would take knives, bottles or explosives into the ground.  Football violence will never be completely stopped as crowds of several thousand people, in the same place, many excited, many drunk, there is bound to be some trouble at times especially among young males.

I am fortunate that my football club charges £3 for a programme, which is a reasonable price.  I buy it on the way into the ground. I like to read some of it before the match starts and check to see whom the referee is for the match.

I enjoy watching the warm up before the game and eating my sandwiches in my own time.

Most of us have our own favourite players and referees, and ones we really don’t like and regard almost like a pantomime villain.

I enjoy the singing, the chanting and the camaraderie during the game but some people think the rules go to far, people have been thrown out for chants they do not consider offensive, but being thrown out for racism is fair enough.  Different teams fans all have their own songs.  This is supposed to encourage the players, sometimes though there is not really enough noise.  The fans are known collectively as the ;’twelfth man’ and are encouraged to sing and chant as loudly and as much as possible.

There are two halves of 45 minutes and additional time with a fifteen-minute interval.  That is long enough on a cold day.  Traditional clothing including a club football scarf are not always just to show support, sometimes it is really cold.

I enjoy a good close match, with a fair referee who does not stop play too often, keeping the game flowing as it should, the unpredictability of the F.A. cup matches and the Boxing Day matches.

I like the F.A. Cup because it gives clubs from lower leagues a chance to play against Premiership teams and it is very unpredictable.  I like watching the draws for each round on the television.

One part of football that is not so good is all the changing times of matches for the benefit of certain television broadcasters.  It causes a great deal of inconvenience, especially for away supporters travelling a long way and this has added to people disturbing others by leaving before the end of the game, for transport.  The traditional time of 3 o’clock on a Saturday afternoon was much better for those having to travel, or those going to work first.

On my way back from enjoying a football match [usually] I will go to the chip shop on my way home. 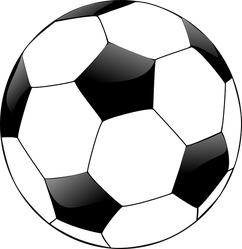 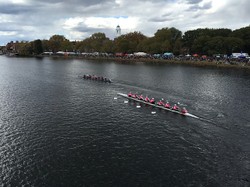