Trial of the Pyx

The Trial of the Pyx is an annual trial in Britain that has existed since the thirteenth century. It is used to provide assurance of the quality of British coins.

The Trial of the Pyx is an annual trial conducted in Britain. Unlike other trials, in this case there is no person on trial, rather the quality of the British coinage is the subject of a two-months long scrutiny.

The Trial of the Pyx is ceremonial, and no longer of a real necessity. Coins are selected randomly throughout the year, and placed in bags. The bags are brought to the trial in chests. The type of chest used is called a pyx, hence the name.

The jury is made up of financial leaders and of assayers from the Worshipful Company of Goldsmiths.  The coins are assigned to the assayers for a two-month period, during which they are rigorously tested for their content and size.  Then the group reconvenes and the Queen’s Rememberencer makes the verdict known in the presence of the Master of the Royal Mint and the Chancellor of the Exchequer or the chancellor’s Deputy.

The Trial of the Pxy Images

The Trial of the Pyx

The coins are conducted against known Trial Plates.  Plates exist for platinum, gold, silver, nickel, copper, and zinc.  The coins are checked for both weight and size.  The Trial of the Pyx reflects upon commitment of the Royal Mint to quality.

The Royal Mint has been operating for over one thousand years, and the Trial of the Pyx dates back to the thirteenth century.  It is not the oldest of the operating mints, that honor goes to the slightly older Monnaie de Paris, or Paris Mint.  But, the Royal Mint has a long history, and a commitment to quality.

One Question Not Answered

The coins checked in the Trial of the Pyx include British coins selected at random throughout the year.  This includes all coins.  But, that leaves a question, what about coins released early with the next year on them.  For example, the new 2019 Tower of London coin series has the Ravens coin already out.  Would a sample taken be in the 2018 trial or the 2019 trial?

That point is not clear, but meaningless.  The trial is more ceremony that anything.  First, it is after the fact.  The verdict on the 2018 coins being subjected to the trial will not happen until May of 2019.  Modern measuring techniques make it possible to check coinage throughout the year.  Finding whether a problem exists the next year only has the value of validating coins already released.  Continued adherence to accuracy is the real issue, and must be constantly monitored.

All Coins Subjected to the Trial of the Pyx

Some of the Trial of the Pyx  coins from previous years are available at the Royal Mint site, indicated by a special holder.  While this trial originally was designed for circulation coins, those on sale include proof coins, and even a bullion coin from the Landmarks of Britain series.  So, all strikes are included.

The National Measurement and Regulation Office heeps the plates, and one is in the museum from the 1400s. There is little to be done with faulty coins. The coins are selected at random throughout a year to be used for testing. This is an after the fact proof of accuracy test, so embarrassment to mint officials would occur is too many coins failed.

blackspanielgallery, Thank you for the backstory, practicalities, products and videos. Where are the standard plates stored in between the trials? What happens to pieces that don't meet proper sizes and weights?

Thanks for the comment. Strangely, I get much information on Britain from the Royal Mint website. I recommend reading it.

Excellent ! This is completely new to me. When Wizzley produces such educational articles, like this, it is Wizzley at its best .
Thank you . 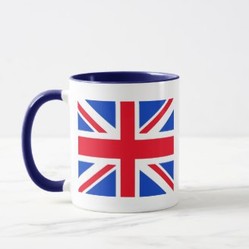