This is a new beginning for me and how I was drawn into using Zazzle to display my photography of my surrounding area. I live in a beautiful, rustic country setting, but also near a small city in the Eastern Panhandle of West Virginia. Small housing communities dot the vast hills, streams and wooded countryside. These are the subjects of my photography. They are so picturesque and beautiful that when told about Zazzle and how I could share them, I jumped at the chance.

What Is Zazzle You Ask?

Zazzle is a print on demand company on the internet. It is a place wereh you can play and create products with your own images on blank products.  You can put your creations or photography on these products and sell them. As you create your products you can either have your customers customize them with their individual specific texts or images.  When you are ready to sell the product that you created there are a number of things that you can do with them before publishing.  You can make them public or you can also choose to make the product private or for personal use. You can buy what others have designed or you can purchase what others have designed and you can also customize their products too.

Years ago I was taking some photographs of the mountains that you could see on the other side of the mountain.  I was riding in the car and we were on our way home and I took the photo with my digital camera.  I got this notion in my head about putting that and other photographs that I had taken then to put them on Jigsaw Puzzles.  So I started trying to do a search on how those jigsaw companies got their photos.  Well I never did find that out.  One of my friends, who I met while writing at Hubpages, and unbeknownst to me, also did creative work on Zazzle, told me about Zazzle and all that I could do on there. I took a look at the website and found that it would be perfect for me to do that.

Interesting things about my photography

As I stated before I live in a beautiful area of my state.  The best things about where I live is that there are a variety of landscapes and scenic places all around me.  I live on the west side of a forested mountain.

Below me on the left side is a gorgeous valley that is full of many farms that raised cattle.  Most of them are dairy cows and they are all family owned and operated and they do sell their product all over the United States.

On the est side of the mountain that we live on there is a quaint small town that was embroiled in the bitterness of the Civil War.  The town was divided.  There are many small churches and a small stream that meanders through the town and in the valley and around the mountain.  It is called Mill Creek and it eventually opens up into a bigger estuary called the Opequon River.  The small town is just west of a town named Inwood, West Virginia.  If you keep going to the east you will eventually end up in Washington D.C.

Before you get to Washington D.D. you will pass through a very historical part of West Virginia.  During the Civil War there were many towns and people that made this part of the country a historical place.  There are two main towns that you will drive through.  One is Charlestown and it was named for George Washington's brother and the buildings in that town are still much like they were 200+ years ago. They have been kept up and in good repair.  Another town you will pass through is also steeped in lots of history and has a great part in the Civil War because it is the place where John Brown and the Underground Railroad events took place.

These are my photos of the country roads, the natural landscapes, the flora and fauna, the wildlife and the cities.  These  are what I have decided to put on Zazzle products at Lady_G_Boutique.

Thank You. I have only been doing it for a year now. I have plenty more things that I put on other products, but was having a time of it when my desktop keyboard broke, or something, and had to move everything onto my laptop. Then it has the Vista Windows on it and well had to find other ways of doing things. I am going to be writing about the White-tailed Deer in my area and will have some of my products with that theme in it as well.

Best of luck to you with Zazzle. I have been with them since 2007 and have done quite well.

Mathieu Gasquet's Pictures of Wales - The Landscape of Wales

Discover the beauty of Wales through the eyes and lens of professional Franco... 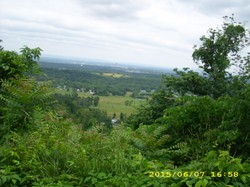 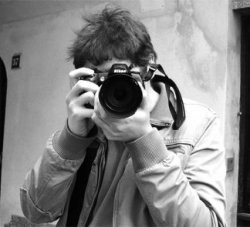 Mathieu Gasquet's Pictures of Wales - The Landscape of Wales

Discover the beauty of Wales through the eyes and lens of professional Franco-Italian photographer Mathieu Gasquet.
Loading ...
Error!