Vacation packing is an art that I've perfected in over 30 years of travel! Its not that hard, and certainly not worth stressing over. Here's some simple tips.

For anyone who has wrecked a back by dragging an over-weight awkardly off a luggage carousel saving your back is the obvious bit. Maybe this is why you get older you get smarter and tend to travel lighter? Or maybe its self-selection, those that don't figure it out don't travel as they age?

Packing Light to Save Time

Also there is Murphy's law application to luggage - if you have more than one checked piece the last piece will always be the last piece off the plane - pr oven by many years of experience waiting at the carousel.

Could You Travel Carry-On Luggage Only?

No sane person could do this!

I admit that I love to check my luggage. It's just wonderful to not have to worry with it during layovers.

Of course I can and do so

It varies. I go to fan conventions (sci-fi, fantasy, anime, etc.) and do a lot of costuming at them. So I have to check luggage for those trips when flying. Most others I'm perfectly fine with carry-on and am always looking for ways to reduce what I bring.

I always travel with just carry-on luggage. Less is more so they say!

I sure can. My wife on the other hand fills the car with everything but the toaster..Nope! the toaster is in there too. (n_n)

if I am going on a short trip, that is now the best way to travel when flying. I still can't manage to do it for a long trip.

I always do when I travel for a vacation

So How Do You Pack Light? 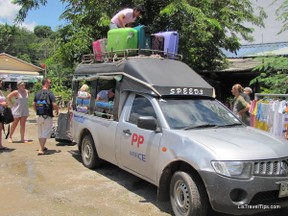 Prioritize in a word. Most people seem to think that packing starting with 20 different outfits that can be worn in 52 different ways. I turn it around. You see, and this a the great secret of packing light, you can buy almost anything, everywhere, often for less that it would be at home. Particularly clothing, clothing is available world-wide, really!

You can also either do your own laundry, or, and this better, holiday somewhere that having it done for you will cost less than a couple of beers

Packing Light to Save Money

If you can't manage your own bags you need to pay porters, taxi drivers to manage it for you. You probably won't take the cheap hotel in Europe - because it involves carrying your bags up four flights of stairs (bonus points for narrow and twisting).

You certainly won't take public transit to get to your hotel - as invariably you will have to do some walking at one or both ends. Walking while dragging cases along is nearly impossible on Europe's narrow city footpaths, particularly if its a busy time.

If you are checking a bag on a plane: these items should NOT be in it. They should be on your person (I use a good money belt a lot of the time), or in a small bag that never leaves your sight.

Really, everything else is optional. I do however take a few other things - here's what I routinely pack.

Take The Stuff That Matters

If you love to take photos take your best camera, if writing is your thing take a notebook (paper or electronic). If you have things that make you happy - don't leave them at home. The caution here is that you have to realize there is more risk to your camera or other expensive gear when you travel. Get good travel insurance and live with the risk. If you can't - leave it at home.

If you really enjoy diving and snorkeling then you probably will already know that a face mask that fits, really, really matters. It is also fairly light and easy to pack. flippers and other gear are much heavier and I have more than once given away flippers and body boards on the last day at the beach. If you are away for a few weeks its often cheaper to buy and give away, rather than hiring for the time.

Travel Products That Are Useful

I own and use variations of these products

Clothing OK I'm getting there, yes you will probably need some. What you don't need is as much as you think you do. Male or female, young or old - you can be decently covered for an unlimited time with the following:

If you need more clothes when travelling there trust me - you will find a shop!

Packing for a Cold Climate

The photo above is what I packed for a two-month trip, which included -10C temperatures in Prague in December and snow in Paris. The trick to traveling light in cold weather is layering. I wore my summer weight trousers and shirt, added an extra T-Shirt underneath, a merino midweight top, over and a waterproof jacket. Under it all I wore merino underwear and socks.

Merino isn't cheap, but it lasts many years, and compared to cheaper artifical fibres, it doesn't smell or itch when wet. And it holds it shape - that's why its gone from sportswear to high street fashion in only a few years.

I bought cheap gloves and hat on arrival, and threw them away as I boarded the flight out.

Everything I took fitted either in the blue pack above, or I was wearing it!  The pack weighed around 8kg including a 10" netbook and other electronics, but with me wearing the shoes and jacket.

I've taught plenty of friends how to pack light! I've even inspired a few strangers when I'm on the road. But really its a bit later then - its not that hard to pack light, but people have a hard time doing it. Trust me you can do it - and my book will detail why you have an instinct to over-pack, and how to pack light for your next trip.

I also have a companion website for the book check it out:

My Book on Amazon

More of my Travel Articles

First I want to be able to travel that much, hopefully when both kids are done with college. Then I will have to take your lessons to heart. You are definitely the master at packing light. :)

Haha - yes I wear mine all winter too! I dance in a very cold hall in the winter - and they are perfect under a dance skirt!

A backpacker's guide to choosing travel toiletries which are lightweight, con...

A Foreigner’s Guide to Tipping in the USA

If you're a foreigner in the USA and don't know how to tip, then here are fiv... 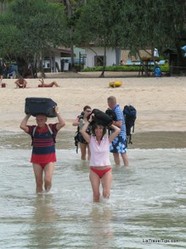 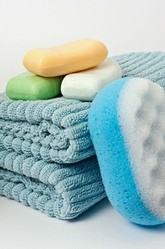 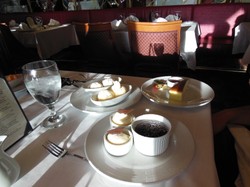 A Foreigner’s Guide to Tipping in the USA

If you're a foreigner in the USA and don't know how to tip, then here are five simple tipping rules so you can stop sweating the small stuff and start enjoying America.
Loading ...
Error!