Burma (Myanmar) has long been a land of mystery. Finally though, its getting easier to visit.

Burma (Myanmar) is looking like the hot new SE Asian travel destination of 2012. After years of both self-imposed and external boycotts, its never been easier to travel to Burma, and Burma's travel industry is seeing a huge increase in visitor arrivals.

Burma Travel or Not?

Let's start with the big one - should you even consider travelling to Burma or Myanmar as the country is now officially called (and is generally considered more inclusive than the old British term which refers to just one ethnic group).

Until 2010 the opposition party in Myanmar, requested that foreign tourists not come to the country. This position was reversed in 2010 and the number of tourists, although still tiny compared to neighbouring Thailand, is growing fast.

Burma is not quite mainstream yet. You will notice that your credit cards won't work in ATMs or directly with businesses - you need to bring cash to Burma. Most of the country's infrastructure dates from the days of the British. That's why river transport is still a viable long-distance travel option, not just for the tourists.

Not all of the country is open to tourists - there are various guerrilla wards going on and no one will be publishing a travel guide for the Kachin State in the north of the country any time soon.
That said Burma combines the stunning pagoda's of the ancient capital of Bagan (Pagan), hill tribes and the world's largest Buddhist Stupa - Yangoon's Shwedagon Paya. Plus for many visitors the absence of Western fast food joints and re-runs of Neighborers in every bar, is quite appealing too.

All trips to Myanmar will start with a flight to Yangoon - although other border crossings are open - you won't be allowed to proceed further than the border town. Starting from Yangoon is not particularly bad as its the centre of the countries limited infrastructure - particularly if you are flying you may well pass through more than once.

The highlights for most tourists would include:

Stringing the highlights together into a Burmese itinerary is a little tricky - for example Yangoon to Mandalay will take 50 minutes flying, 9 hours by bus, 12 hours (or more) by train or 5 days(!) by river boat.  So it very much depends on your time, interests and budget.

Burma Travel On A Budget

Burma is not particularly cheap. Hotels need licenses to accept tourists - so the cheapest accommodation is not available to a foreigner, nor can you stay in private houses, and don't try to either - its not you that will be in trouble, its your host.

In addition tourists pay more than locals for all forms of transport. Plus you will pay government fees of around $5/$10 for many sites. The cheapest option is probably buses, but some trains can be a good deal, though they are incredibly slow. Flying is obviously the most expensive option, while hitching is even less available than anywhere else in SE Asia.

Street food, on the other hand, is both good,cheap and plentiful.

Worth Buying If You are Seriously Considering a Trip

How To Travel to Burma? Hop on a plane. In fact you can't tour the country without first flying to Yangoon. There are a number of open border crossings with Thailand and China - but you are only allowed to visit the border town on the Burmese side and not to travel further into the country.
There are frequent connections to Yangoon from Bangkok and Kuala Lumpur, the flights with AirAsia.com are generally the cheapest.

Is It Safe to Travel to Burma?

Yes is the short answer. There appears to be very little crime directed towards tourists, you are far more likely to lose your wallet in Bangkok than Yangoon.

The infrastructure is dreadful though. The safest option is probably rail - trains do derail - but are unlikely to be going fast enough to cause serious injury. At least one of the airlines have serious maintenance issues. Oddly although the buses are older than Thailand, because of the much lighter traffic, you are probably safer in a bus or taxi in Burma, than in its prosperious next-door-neighbour.

When to Travel to Burma?

In the absense of reliable electricity supply, and A/C most travellers will want to avoid the hot season from March - June. In June it rains, a lot, particularly in the south, which again play havoc with the country's limited transport infrastructure. The rains stop in October and peak tourist season is November to February.

Can Americans Travel to Burma?

Yes. Like every other natioanlity they will need to get a visa before travel, either in the US, or if they are already overseas, at the local Burmese Embassy.

More of My Articles on Travel and Burma

LOL Sam - you know its a perception thing. I compared notes with Europeans in Phuket last year - and our flight times were almost identical (12 hours from NZ or Europe to Asia) - but I think it seems a lot more "foreign" to Europeans - probably because we have a lot more news and connections to Asia than Europe does.

Angel - you know last year there was a dreadful couple of years where it would look like my partner wouldn't be able to get travel insurance - I felt like someone had put me in a prison. It got sorted out - but nothing has ever scared me as much in my entire life than the thought that I wouldn't be able to leave the country easily!

I don't know the stats - but I suspect very few NZers are scared of flying - we don't really have any other options! I'm getting soft though - I hate doing the 24hour run to Europe - I now insist on a stop over somewhere!

I admire you for having the nerve to travel to places like this. I am such a chicken. I don't like to fly and have only gotten on an airplane a few times. One time was to Argentina and it was a long flight. Wheww. Stressful for me. I enjoy your travel articles. I will have to live through you because I am sure I will never visit these places.

Burma / Myanmar looks with each of your articles more appealing to me! if it wouldn't be such a long flight away from where I live, I would be off tomorrow ;-)

Myanmar (Burma) is a conservative Buddhist country. Its highly inappropriate ... 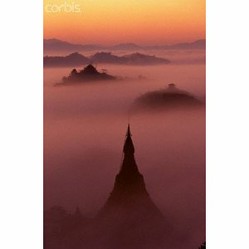 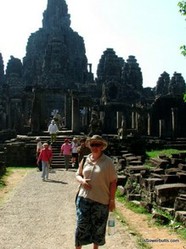 Myanmar (Burma) is a conservative Buddhist country. Its highly inappropriate to dress as if you were on a Thai beach.
25%  4   2 Lissie
Myanmar 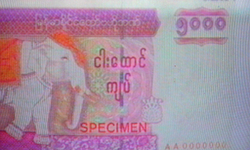 Myanmar (Burma) is one of the world's ONLY completely cash economies - at least for tourists. No credit cards or ATMs are available
Loading ...
Error!