The Virginia Tech Hokies are a powerhouse of college football. If you're looking for exciting sports action, then Virginia Tech tickets are what you need.

Football is a major American sport. It is possible that it has surpassed baseball as the major American pastime. We all love to cheer on our favorite players and teams. We love to play fantasy football, to see how their favorite players would do if all on the same team, but the all time best way we see sports played is at the stadium.
Families and friends love to meet to see games played and to hang out at tailgate parties. If you’re a Virginia Tech fan, then Virginia Tech football tickets are what you need! How best to see your Hokies play than at Lane Stadium?

The Hokies represent The Virginia Polytechnic Institute and State University, popularly known as Virginia Tech or simply VT. Virginia Tech is a land-grant university based in Blacksburg, Virginia. It was founded in 1872 as a research university, and has several campuses throughout the state of Virginia. In addition, it is one of the few public universities to maintain a corps of cadets.

Lane Stadium is relatively small in comparison to other NCAA 1A fields. The stadium is named for the late Edward H. Lane, a graduate of the university and a former member of the Board of Visitors. According to Rivals.com it is “the toughest place in college football for opponents to play.” Even though it’s been in service for over 40 years, it is still one of the best places to watch a football game.

Virginia Tech has been in a couple of conferences in its history. In 1991 they joined the Big East Conference, and went on to win the 1995 Sugar Bowl, then defeated the Florida State Seminoles in the 2000 Sugar Bowl for the national championship that year. They then went on to defeat the Clemson Tigers 41-20 in the 2001 Gator Bowl the following year. 2004 saw the Hokies winning the ACC championship in their first year in the conference but they lost the Sugar Bowl that year to the Auburn Tigers. The Hokies head coach, Frank Beamer, is one of the most successful NCAA coaches with 198 wins following the 2010 season. In 2011, the Hokies made it again to the ACC championship, but lost to the Clemson Tigers. They went on to lose the Sugar bowl to the Michigan Wolverines 23-20 in overtime.

They are known for superb special teams play, commonly called "Beamer Ball." Since 1995, Virginia Tech has finished in the top ten 5 times, and played Florida State in the 2000 Sugar Bowl for the National Title, which they unfortunately lost. The Hokies currently have the 3rd longest Bowl Game streak, with post-season games every year since 1993.

Where is Lane Stadium?

USC Football tickets
The USC Gamecocks are a powerful team in the Southeastern Conference. They play some of the toughest teams out there!

West Virginia University Tickets
The Mountaineers are one of the most successful college football teams around. Don't miss out on the excitement! 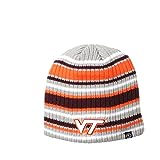