This article is about the Virginia Tech Hokies. It includes school and team info and stats.

The Virginia Tech Hokies are one of the premier teams in ACC Collegiate football. They play in a very competitive conference, making for very exciting football! They compete against the Boston College Eagles, the Clemson Tigers, the Florida State Seminoles, the Maryland Terrapins, the North Carolina State Wolfpack, the Wake Forest Demon Deacons, the Duke Blue Devils, the Georgia Tech Yellow Jackets, the Miami Hurricanes, the North Carolina Tar Heels, and the Virginia Cavaliers.

Families and friends love to meet to see games played and to hang out at tailgate parties. If you’re a Virginia Tech fan, then Virginia Tech tickets are what you need! How best to see your Hokies play than at Lane Stadium?

About The Virginia Tech Football Program

The Hokies represent The Virginia Polytechnic Institute and State University, popularly known as Virginia Tech or simply VT. Virginia Tech is a land-grant university based in Blacksburg, Virginia. It was founded in 1872 as a research university, and has several facilities throughout the state of Virginia. In addition, it is one of the few public universities to maintain a corps of cadets.

Lane Stadium is relatively small in comparison to other NCAA 1A fields. The stadium is named for the late Edward H. Lane, a graduate of the university and a former member of the Board of Visitors. According to Rivals.com it is “the toughest place in college football for opponents to play.” Even though it’s been in service for over 40 years, it is still one of the best places to watch a football game.

Virginia Tech has been in a couple of conferences in its history. In 1991 they joined the Big East Conference, and went on to win the 1995 Sugar Bowl, then defeated the Florida State Seminoles in the 2000 Sugar Bowl for the national championship that year. The then went on to defeat the Clemson Tigers 41-20 in the 2001 Gator Bowl the following year. 2004 saw the Hokies winning the ACC championship in their first year in the conference but they lost the Sugar Bowl that year to the Auburn Tigers. The Hokies head coach, Frank Beamer, is one of the most successful NCAA coaches with 198 wins following the 2010 season. In 2011, the Hokies made it again to the ACC championship, but lost to the Clemson Tigers. They went on to lose the Sugar bowl to the Michigan Wolverines 23-20 in overtime.

They are known for superb special teams play, commonly called "Beamer Ball." Since 1995, Virginia Tech has finished in the top ten 5 times, and played Florida State in the 2000 Sugar Bowl for the National Title, which they unfortunately lost. The Hokies currently have the 3rd longest Bowl Game streak, with post-season games every year since 1993.

Gamecock Tickets
The USC Gamecocks are a powerhouse team of the SEC, and are huge fun to watch!

University of Kentucky tickets
The Kentucky Wildcats football team is hard-hitting and has something to prove. Don't miss them playing top notch football.

Information used to write this article came from the following sources: 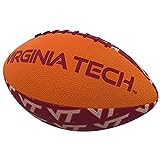 A doorbell is a humorous way to enlighten the unbelievers to one of the most popular denominations in America: College Football.
24%  1   3 Chrisbyron1
American Football