The West Virginia Mountaineers are one of the strongest teams in college football. WVU football tickets are the best way to see them.

The West Virginia Mountaineers are one of the most successful college football programs of all time. With an overall record of 701 wins to 457 losses since 1891, The Mountaineers have shown their willingness to win and tenacity to keep at it.

The past 10 seasons have been the most successful of the Mountaineers history. Since 2002 they have accumulated an impressive 95-33 record. In that time they have played in 10 Bowl games, been ranked in the polls seven times, and won 6 Big East Conference titles and 3 BCS Bowl game victories. One of only 3 teams to do so, the Mountaineers have won at least 9 games in each of the last seven seasons. As a result, WVU Football tickets are very popular!

In 1991, West Virginia joined the Big East Conference, and after a disappointing first 2 years, 1993 saw them return to the ranks of the college football elite. For the second time in 6 seasons, they produced an undefeated, 11-win regular season. This included a 36-34 upset of Louisville in Morgantown, a come from behind fourth quarter win against the Miami Hurricanes and another fourth quarter come from behind 17-14 victory against Boston College the following week. They unfortunately lost to the Florida Gators in the Sugar Bowl 41-7.

Unfortunately, the Mountaineers struggled for several years until in 1998 the finished 8-3 but failed to win a Bowl game that year. 1999 was a forgettable year for the Mountaineers, and Don Neelin finished his career in 2000 with a 7-5 season, and a career record of 149-93-4 record. He was not only the most successful coach for West Virginia, but also the longest serving.

Rich Rodriguez took over for Don Neelin in 2001, and finished his first season with a dismal 3 wins, 8 losses. He was setting the stage, however, for one of the most successful eras of Mountaineer football. In 2004, they finished 9-4, the biggest single season turnaround in program history.

In 2005, they earned their first ever BCS Bowl game berth against the Georgia Bulldogs in the Sugar Bowl. In 2006 they posted another 11 win season, narrowly missing a chance at the Big East Championship after losing to Louisville and South Florida.

2008 saw the departure of Rich Rodriguez and Bill White installed as the new head coach. They finished with a 9-4 record that year, including a Meineke Car Care Bowl victory over North Carolina. 2009 saw them finish with another 9 win year and second place in the Big East. 2010 was the Mountaineers 3rd 9 win season in a row. It was disappointing, however, in that it’s widely thought they could’ve done much better if the team had played more consistently.

Dana Holgorsen and the Future.

2011 saw Dana Holgorsen brought in as the new head coach. The Mountaineers finished the year with a 9-3 record and it’s 7th Big East title. This was followed up by their first ever Orange Bowl appearance against Clemson, which they won easily at 70-33.

Where is Mountaineer Field?

Hokie Tickets
The Hokies are a powerhouse in the Atlantic Coast Conference. Don't miss your chance to see them play! 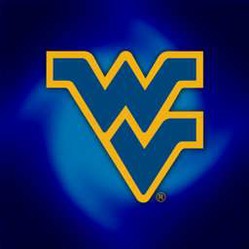 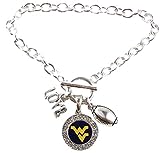 A doorbell is a humorous way to enlighten the unbelievers to one of the most popular denominations in America: College Football.
27%  1   3 Chrisbyron1
American Football