There are three main waterfalls on Queensland's Mount Tamborine - Cedar Creek Falls, Curtis Falls and Witches Falls and they are gorgeous!

I love waterfalls and we live close to some of them so we decided to organize a family day out visiting some of them. My daughter innocently asked if we were going to be ‘chasing waterfalls’ and I replied yes! You see I have a Zazzle store called Chasing Waterfalls which features photographs of waterfalls that have been put onto various different products. Who says you can’t mix work and family?

Mount Tamborine is home to national parks and waterfalls and quite a few other things, but we were only interested in the waterfalls of Mount Tamborine on this particular day and they are – Cedar Creek Falls, Curtis Falls and Witches Falls.

I researched where the different waterfalls were online and we decided to go to Cedar Creek Falls first, when we came to our turnoff there was a sign saying that access was now via Tamborine Mountain Road.   We travelled along past the Bearded Dragon (a pub) and came to a T-junction – both ways were Tamborine Mountain Road so we turned left and just as we thought maybe we should’ve gone the other way we found the entrance right next door to Thunderegg Park which we’ve actually visited before not realizing how close to a waterfall we were!

The walk to the falls from the car park was pretty easy and the picnic areas near the car park were very nice too.   I’m glad we got there fairly early as by the time we left the car park was full as it’s a popular spot with tourists and locals alike.

The actual falls were beautiful as you can see from the pictures below and lots of people were enjoying the various rock pools at the bottom of the falls.   When we visit again we will take swimming costumes and towels – the walk was easy enough to do in flip flops or sandals as well.

In the literature they mention that you can see wildlife, but apart from a Lyre bird that we spotted as we walked back to the car we didn't see anything - that could be because it was pretty busy though.

Quite an easy walk I felt, it’s labelled as medium because you are walking through rainforest so it’s not a concrete path or anything like that, but it really wasn’t too arduous.   I loved the walk and it was shaded the whole way because of the tree cover which was very welcome as it was a hot day.

The falls themselves were beautiful, but the best part of our day was as we walked back from them.

Sunning himself on the path as we walked back was a lizard who seemed quite happy to pose for photographs and allow a number of people to walk past him without flinching in fact he was still there when we left.   Not so fond of the camera was the Land Mullet which I had never seen before.

A Land Mullet is a type of skink and it ventured out as we were looking at the lizard before backing away as other people came along.   It came out about a minute later and walked across the path in front of us before disappearing under a fallen tree branch and re-appearing a little later on a rock above the path.

Apparently it’s not unusual to find a number of Land Mullets on this walk, but obviously with nature there’s no guarantee.

When we got back to the car park entrance we decided to take the other short walk through the rainforest towards a café to get some ice creams and although it was only a short walk we discovered more wildlife – a gorgeous parrot that was hopping over tree trunks only disappearing when a noisy family came up behind us.

When we first got to Witches Falls we found that the circuit track was closed to flooding and only the Falls track was open.   Before setting off (the entrance is from the picnic area) we spotted the biggest Lace Monitor (a type of lizard) that I have ever seen and he seemed happy just cruising the picnic area in search of food.

The walk to Witches Falls was not an easy one at all, apparently the circuit’s a lot easier and the walk from where the circuit path meets the path we took to the actual Falls lookout is one of the easier parts of the walk, so I would definitely try that one if I was to take anyone to Witches Falls in the future.

As you walk along the first part of the track you pass behind a cemetery which my daughter thought was pretty cool (she also loved the name Witches Falls as she’s very into witch stories at the moment!).   You’re very high up on Tamborine Mountain and as you walk along you come across gaps in the trees and the views are breathtaking and if I’m honest a little scary as I’m used to most places having barriers set up and this track doesn’t – it’s one big drop!   As you turn the corner and head downwards you’re shaded by the rainforest which is really good as the walk doesn’t need the heat of the sun added to it!   It’s steep and uneven, if you’re taking children they definitely need to stay close to you at all times.

Now according to all the sources I looked at before our trip I had discovered that you only wanted to visit Witches Falls after it had been raining which should have told me it would be a muddy trip, but I wasn’t expecting what we came across halfway down.   There were steps which had water flowing over them leading to two things happening.  One was that I actually put my camera away as it was obvious I would need to be able to balance well, not be hampered by a camera in my hand (it didn’t come out until we got to the falls and then I put it away again).   The second was my daughter’s reaction – is this the waterfall?   No it wasn’t, but I could understand what she meant.   Surprisingly the steps were probably the best ones on the walk so going down them wasn’t too bad it was only the water and mud that made you feel nervous.   I put my hand on the rock that ran alongside to help my balance and it was really easy so looks can be deceptive.

When we got to the lookout both myself and my daughter were disappointed.   The falls themselves did look beautiful, but you couldn’t really see them very well from where we were.   There’s an extra part of the walk that you could take, but we met some people who had just come from there and they said they couldn’t see the waterfall at all, but it was a beautiful bush walk – we declined to take it.

Walking back up was hard work, but I did find it a little easier going up than going down (mind you I could just be strange like that!).   We saw a lace monitor in the bushes as we were near the top scurrying away which would’ve been a much bigger deal if we hadn’t seen the large one in the picnic area.

When we got back to the picnic area we saw that the lace monitor had moved to the over end of the area looking under the table and I got the impression that he was a regular as he certainly seemed quite unperturbed by all of the people.    I still had some cold beef sausages in our cooler box in the car so I got one out and both hubby and I (my daughter didn’t want to feed it) decided to feed it and it turns out he loves beef sausage.   I think he would probably have taken it from my hand as he came close enough, but I didn’t want to actually feel that forked tongue – too much like a snakes for my liking!

I just threw pieces of sausage just in front of him and when I ran out I was worried for a few seconds that he was going to tackle me because he just looked at me and moved right up to my shoe before my hubby threw a piece that hit him causing him to turn and ‘discover’ another food source!

So there you have it, we went 'chasing waterfalls' and along the way we enjoyed some of the beautiful wildlife Australia (and Mount Tamborine in particular) has to offer and that's one of the best things about these trips - you never know what you're going to see next!

Witches Falls From the Lookout

What a great way to spend the day! Beautiful falls and fascinating creatures. I have to admit, seeing the Lace Monitor would probably freak me out at first, but my love for interesting animals would certainly win out and I would feed him too.

The lace monster does very much look like the Komod0 dragon. Thanks for sharing him with me, Louanne, as well as the gorgeous pictures of your waterfalls.

It looks so beautiful! I would like visit it someday.

What a beautiful part of the world! I nearly bought a block of land on Mt Tamborine back in 1981. It was a slopping block overlooking the GC which couldn't be built out. They wanted $10,000 for it and yes I'm still kicking myself! Very nice article, well done!

The photographs are amazing! You were very brave in dealing with the lace monster. I have a book on waterfalls in New England and my husband and I love taking day trips to them. It's very calming and beautiful to sit by them. 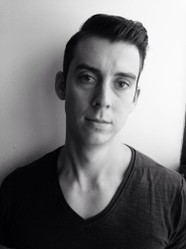 Looking to get away where you can spend hours in the sun and sand? If so then North Queensland is the place for you. Check out these 5 attractions to do while you're there.
47%  4   5 lou16
Queensland