Documentary Review of We Are Legion (2012)

Look behind the Guy Fawkes mask to discover the history, ethics and evolution of Anonymous. We Are Legion is a brilliant documentary.

I thought I knew the Anonymous story. I thought I'd lived through most of it! But Brian Knappenberger's documentary taught me more than a thing or two.

'We Are Legion' is that rare quantity - a fabulously compelling, educational and thought-provoking documentary.

I nearly didn't watch it! I've put it off for two years, assuming it was going to be one of those made for TV exposes, which totally misses the point. I only saw it now, because it popped up on Netflix and I'm in Operation Chill Out.

I thought that I'd give it five minutes, and if it was crap, back away and watch something else instead. I was hooked until the very end and now I'm here raving to you about it. 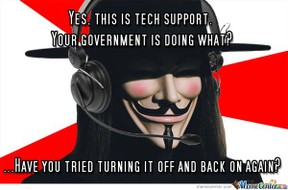 At times, Anonymous can seem confusing, even to those watching from the inside.

Great moral crusades are twinned with cruelties. Seemingly omnipotent feats of genius are followed by operations with all the maturity of a twelve year old giggling over his mother's lingerie catalog.

In a world where we like things in black and white, it's hard to place Anonymous. Labels fail.

As a collective, it swings between hero and villain, with all the constancy of a chaotic neutral riding a pendulum. Is it a force for great good?  Or great evil?  Or merely a force?  Are they pranksters, terrorists/freedom fighters, trolls, sinister conspirators, criminals, protesters, a lucky zeitgeist for dispossessed youth or the Digital Age's equivalent of Robin Hood?

The answer, of course, is yes.

Trailer for We Are Legion: The Story of the Hacktivists (2012)

We Are Legion: Documentary about Anonymous

Brian Knappenberger's documentary includes many interviews with high profile people connected with Anonymous. It tells it like it is. 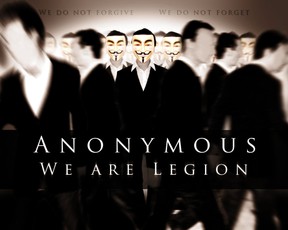 We Are Legion truly stunned me.

Other than asking pertinent questions, close to the end, about the fate of indicted Anons against a timeline of civil disobedience, it didn't try to categorize the collective in any way, shape or form.

I'm pretty sure that makes it unique amongst the mountains of media focusing upon this movement.

However, Brian Knappenberger did contextualize each stage along the way, in the evolution of Anonymous, which he also made clear was an on-going story. What may be true of Anonymous right now, in 'x' campaign, may be utterly contradictory tomorrow in another.

He hammers home time and again why this should be the case. My favorite analogy was when one Anon described the collective as being like a flock of birds. One bird leaps free of the mass and takes off in another direction. Others follow and suddenly the whole flock has changed course.

Until another, quite random bird tries another way.

This sequential story told about Anonymous includes many interviews with the people who were there. We hear from big names like Barrett Brown, as well as lesser known individuals, whose insights are nonetheless significant for their anonymity. (I do hope you smiled.)

There's also an attempt to discuss moments in Anonymous history with those on the other side of the divide. Aaron Barr is one of the chief commentators there. But I'm not sure how well those segments worked. Brian Knappenberger's narrative is very sympathetic towards Anonymous, so Barr just ends up looking as idiotic as he did back in the day.

That sympathy, on the part of the director, does not cross over into white-washing some of the darker moments in the Anonymous story. Like the day when epilepsy sites were suddenly hacked with strobe gifs. But we find out why such things happened.

There are also snippets of absolute hilarity. When I revisited that early report by Fox News on Anonymous, I had to pause the documentary. I had the giggles so bad that there was no following what happened next, until I'd regained control of myself. Such things were scare-mongering and missing the mark at the time. In hindsight, it's true farce.

I know the Anonymous story - not to mention its ethics, philosophies and methods - yet I remained rapt for the entire 94 minutes. I learned a lot too.

If you've not seen this documentary, then you should. If you don't know what to think about Anonymous, then you really should. If you've already got them pegged as definitely one thing or another, then it should be law that you watch it.  Enjoy.

Knowledge Should Be Free

If you wish to purchase the DVD or watch it on Amazon Instant Video, the links are above. If not, then here it is freely available on YouTube.

Bulletproof Ideas: The Importance of V for Vendetta
'V for Vendetta' is more than a film. It's an idea, and ideas are bulletproof, don't you know? If you don't, then you should. The very last inch of your freedom cries out for it.

Behind the Candelabra Proves that Hollywood is Out of Touch
Michael Douglas and Matt Damon star in a multi award-winning movie, that Hollywood executives deemed 'too gay' to make.

Movie Review of The Men Who Stare at Goats (2009)
High ranking members of the US military attempt to run through walls, communicate telepathically and stop goats' hearts with just a look. The bizarre details are actually true.
Updated: 04/06/2014, JoHarrington
Thank you! Would you like to post a comment now?
5

It's their loss! I'm sure that you will enjoy it.

They all made non-committal uninterested noises when I asked them if they wanted to watch it, so it probably won't happen as a house. But I'm probably going to watch it tonight finally, yay for days off!

That's precisely why I put it off, I didn't think any documentary about Anonymous would actually get it. But yes, it does. Most definitely, it does.

I hope your house enjoy it!

I have this book marked to watch. I had always sort of thought about watching it just to see what they'd have to say, but like you I figured it probably wouldn't be that good. Eventually I just forgot about it. If you say it is good, I know it'll be really worth it to watch. I'm excited. I'm pretty sure this is something most everyone in my house will want to watch as well, so we'll make it a house event :)

How the States Got Their Shapes: History Channel Documentary F...

How the States Got Their Shapes is a four-disc, two-season History Channel do... 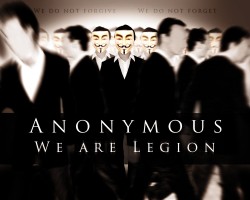 We Are Legion: The Story of the Hacktivists
100%  14   7 JoHarrington
Documentary 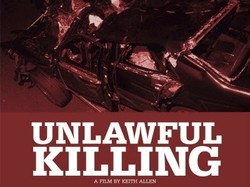 Around the world, theatergoers are gearing up to watch this controversial film about Diana, Princess of Wales. But not in France nor the UK. Too much censorship would be required.
94%  8   11 DerdriuMarriner
Documentary 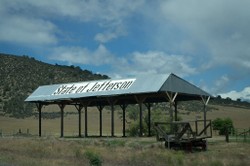 How the States Got Their Shapes: History Channel Documentary Film With Brian Unger and Mark Stein

How the States Got Their Shapes is a four-disc, two-season History Channel documentary film with author Mark Stein and host Brian Unger.
Loading ...
Error!