More than 300 examples of Outsider art from Japan are on display at the Wellcome Collection, London.

Souzou: Outsider Art from Japan brings together more than 300 works by 46 contemporary artists. 43 of the artists are still alive and are either residents, or attendees, of social welfare facilities on the island of Honshu having been diagnosed with mental illnesses or behavioural and developmental disorders. The display, which includes ceramics, textiles, paintings, sculptures, drawings and a diary, gives us an intimate glimpse into the artists' daily lives. It reflects an increasing interest in this art form and challenges many of the established assumptions about Outsider Art. A series of specially commissioned documentary films show the artists at work, many talking about their lives in Japan.

What is Outsider Art?

Speaking recently, Shamita Sharmacharja, curator of the exhibition, described 'Souzou' as a Japanese word with no direct translation in English, but which has a dual meaning in Japanese: if written one way – 創造 – , it means creation, and another – 想像 – imagination. Both interpretations refer to the creative force through which new ideas take form.

Shamita also said ″Outsider art is a term that is mainly used in English speaking countries. It's used to describe the work of self-taught artists who seem to be in some way on the edges of society.″ Because of various diagnoses the artists featured in this exhibition either live in or attend social welfare occupational therapy facilities. They produce work purely for the sake of creation with no particuar audience or market in mind.

The term 'Outsider Art' was originally coined in 1972 by British writer Roger Cardinal. Cardinal took Jean Dubuffet's term 'Art Brut', literally meaning 'raw art', as the starting point for the term 'Outsider Art'. In 1945 Dubuffet described 'Art Brut' as ″springing from pure invention and in no way based, as cultural art constantly is, on chameleon- or parrot-like processes″.(1) Outsider Art is usually the product of people with no formal training who might be criminals, psychiatric patients, eccentrics, spiritualists and visionaries, are often described as being on the edge of society.

Outsider Art from Japan – Highlights of the Exhibition

For many of these artists verbal or written communication is difficult or even impossible. They communicate with the world around them through items such as Toshiko Yamanishi's (b. 1958) letters to her mother. Toshiko's kaleidoscopic letters demonstrate the artist's deep love for her mother through movement and colour instead of words.

Unusual Materials Put to Good Use

Making considers the repeated use of unusual materials. For example Shota Katsube (b. 1991) uses a type of wire tie used to tie bin bags, available from every grocery store. They come in a variety of bright colours which he has put to good use in his army of some 300 miniature action heroes. Shota started to make his heroes when he was ten years old. He's now 23 and his figures have gradually become more and more complex. Apparently he does have far more elaborate works at home which he doesn't allow to travel.

In Representation we see representations of the people and things that most influence the artists in their daily lives. These fascinating items include the sculptures of Satoshi Nishikawa who fashions sculptures of fruit featuring hundreds of minute ceramic rabbits.

Relationships explores the complex relationships between these artists and the world that surrounds them through items such as the paintings of Masao Obata (1943-2010). Masao started to paint marriage scenes on discarded cardboard boxes. His paintings are distinctive because of his preference for red paint and their rounded corners. He rounded the corners in an attempt to stop the paintings getting damaged.

Items featured in Culture include complex representations of a world beyond the confines of the mind, challanging commonly held assumptions that Outsider Art is only reflective of the inner mind. Daisuke Kibushi’s (b. 1969) paintings of postwar film posters, reproduced from memory, show an accute awareness of what's going on in the world.

Possibility showcases works such as Norimitsu Kokubo’s (b. 1995) intensely detailed cartographies, such as Shanghai Disneyland of the Future (2009), which is scheduled to open in December 2015. Norimitsu, the youngest artist int he show, gets his information online and draws places as he imagines they will be. The exhibition features a number of his drawings including a ten-metre map of the world, still a work in progress. He's been working on this piece since 2011 and after the exhibition it will be returned to him so that he can complete it.

Collection of the artist

Souzhou: Outsider Art from Japan has been jointly organised by Het Dolhuys, the Museum of Psychiatry in Haarlem (the Netherlands) and the Social Welfare Organisation Aiseikai (Tokyo). The exhibition, together with a comprehensive programme of public events, can be enjoyed until 30th June 2013. Further details can be found at the Wellcome Collection.

These works are quite impressive! I imagine art helps these people a lot, so I'm not surprised they are encouraged to do art, but we rarely see outsider art, so that, yes, is quite an event!

Thanks for reading the article and for the kind comments.

Interesting article. I wasn't familiar with souzou art before so that article has been really informative. The artwork included is also incredible! 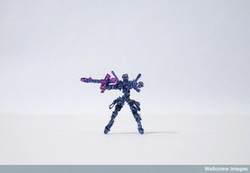 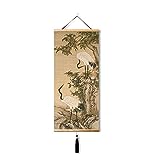 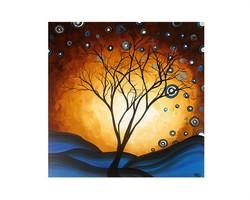