What Happens When You Take in a Homeless Friend?

What adjustments came about when helping someone get back on his feet.

Recently, I heard from a friend I'd made many years ago, and whom I had not spoken to in over five years. He lost his very nice job, his severance and unemployment had run out, he was foreclosed on and about to be evicted. He posted on facebook that he needed help, and without even thinking about it, I opened up my home to him and offered freely to help him get back on his feet. Little did I know at the time that the situation was much worse than I could have imagined, and the adjustments I would have to make to my life.

I already knew that my friend had long had AIDS, and I was prepared for the precautions that might be necessary. But one night, as I was taking my friend back and forth to help him move (he had sold his car ages ago to try to raise money) and he asked to stop by the local hardware store. To my shock, he finally disclosed to me that his old place was infested with bedbugs. I immediately had to change my plans for him to move his stuff in, and insisted that everything go on to the patio outside. Fortunately, I had researched how to kill bedbugs for an article a year or so earlier, and I knew how to handle the problem.

Would You Take in a Homeless Friend?

I gave him a Kroger card with $50.00 on it, so that he would not have to ask me for money to buy occasional items he needed. He came to me a month later and told me that he was down to ten dollars on the card, and I asked what he had bought. It turned out that he had mostly bought soft drinks with it, and I had to tell him that no more money was forthcoming for that sort of stuff; he would have to earn it.

And Then Things Got Worse

Once he moved all his stuff on to the patio, and I had set him up on the futon in my office, he sunk into a lethargy from which it was almost impossible to awaken him. He often slept all day, would get up for a few hours, and then go back to bed. His promises of help around the house were not fulfilled, or fulfilled only after much nagging on my part, which, of course, made me feel like a jerk. I finally had to insist on house rules, which were reluctantly followed after a few weeks of foot-dragging. I drove him to job fairs, which he also attended reluctantly, and only after spending two hours in the bathroom getting ready for them. He refused to cut his hair, which was down to the middle of his back, in order to appear more businesslike. And when I drove him to networking events, in hopes of getting him some clients for his fledgling business, he disappeared into the bathroom for at least half the event, and did not talk to anyone. And the promised benefits of food stamps did not arrive, even after weeks.

A month later, after a hard deadline, he managed to move all his stuff off the patio (after inspecting it closely for any lingering bedbugs or eggs), and into his room. It took days more for him to move it all into the closet (I had cleared more than twenty feet of shelf space for his belongings). Now, of course, my office smelled like old socks, so it was off to the store to buy Febreze.

And finally, he seemed to be getting at least slightly motivated. The food stamps came in, and with it a requirement to apply to ten or fifteen jobs per week. However, my life was completely disrupted: I had absolutely no privacy, and I could not seem to get him going on anything. While he was managing to get out of bed (mostly) by 9:00 a.m., he sometimes spent half the day sitting in the dining room in the dark, dozing.

So Here is What Happens Now

I remembered what happened in my own family. My grandmother's sister went to stay with them to recover from cataract surgery, which was supposed to be for a week. My grandparents died, more than 25 years later, before she moved out of the house. Even their deaths did not compel her to seek elsewhere to live; my parents had to cut off the utilities before she would agree to move.

With those experiences in mind, I finally decided that deadlines have to be imposed. There's no other way to get this man to help himself.

He has to earn money by the end of his second month here.

He has to have a regular income in three months more.

And he has to move out in three months after that.

He also has to sign a document saying that he is a guest, not a tenant, and therefore I have the right to ask him to leave at any time.

If You're Thinking About Helping Someone

By all means, it's the right thing to do to help out friends and family members, especially in tough economic times. However, there are precautions that you need to take to protect yourself.

If you have or are currently helping someone get back on her or his feet, I would welcome your comments!

Fortunately, the one friend we invited to stay for the first Christmas after her divorce is still very much a friend. She was homeless at the time but did not bring any habits with her. She did bring her cat, and we loved him as much as we love her still. She has been a very dear friend of mine for almost 30 years and is easily one of the best houseguests we have had here. She is now back on her feet, has a good job with live-in accommodation, is estranged from her ex and most of her family, but still in touch with us. We see her as many times a year as we can and even writing about her brings a smile to my face and a lump to my throat. She has never forgotten that we stepped out to help her when no one else would and I think that has strengthened our friendship. Plus she gets on really well with my husband, which is a bonus.

I can relate to your situation, however, as I have had previous experiences, before I married, with people who were just like your friend. All the nasties and none of the good. One of my former friends would arrive to stay for six weeks minimum about this time of year. As she lived abroad most of the time, she did not drive in this country and would expect me to be her taxi as well as her hotel. People like that make me what to give up the will to live myself.

Unfortunately, that was not the problem. He had been going to counseling for years, and was always in a cheerful enough mood. At least, until I asked him to look for a job. Then even the slightest effort (like filling out one application online) was impossible. What he would do is spend six weeks preparing to fill out job applications, but then never get around to actually filling any of them out.

Hey, I'm a smart person. Research and busywork is what smart people do when they want to procrastinate, and I know, I do a lot of research. In the end I had to ask him to leave because he had no desire to accept the kind of help I was able to provide him with. He refused to do anything but play solitaire on the computer, or watch videos, or do busy work (he took over an hour to peel a squash when I asked him to help with dinner).

I think depression could be a factor with your friend. Being homeless brings all sorts of mental problems which we might find hard to understand.

It sounds as if you tried to do a really good thing and you've helped your friend as much as you possibly can. And it sounds like you've been more than fair. 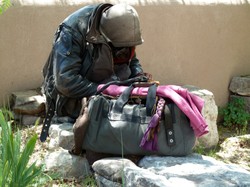 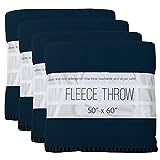