What is a dystopian society in current fiction, what are its main characteristics, and how does it all tie in with the dystopian novels?

A dystopian society in works of modern fiction is one that on the surface seems very much like utopia for its members, while if we look closer at what makes it tick, we realize that it's all a big lie with very limited life choices to the people living there, a strong lack of personal freedom, an overly political oppression and a fierce discrimination based on various factors including ages, sex, IQ or personal traits.

In a dystopian society the level of control from the government is overwhelming, there is a strong distrust where nobody dares to tell even their closest friends what they truly think, and the paranoia is usually reaching extreme levels. 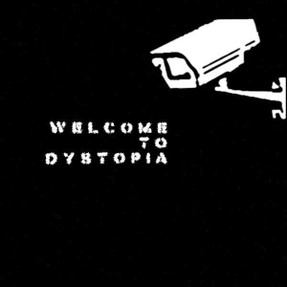 While dystopian fiction has been around for many years, it has never been so popular as it is now with books (and movies) like The Hunger Games, Divergent and Matched, which are mostly young adult dystopian novels.

The more books we read in this genre, or the more movies we watch, the easier it becomes for us to figure out whether what we read or watch is, in fact, dystopia. We might not be able to put the finger on what exactly the book makes it so, but the feeling is there.

So let's see what exactly are the main characteristics of a dystopian society. When reading the points below you will realize that indeed they are pretty much what you might have thought, without actually voicing them.

First of all there is a very clear social stratification. For example in The Hunger Games, on one hand we have the poor, oppressed and enslaved members of the various districts, whereby the worst of all is District 12, the place where Katniss Everdeen has lived all her life behind electrified fences and with no access to the outside world.

On the other hand the members of the Capitol have all the freedom in the world, they can dress as they like, have money and all the power they can get their hands on. Of course they are also trapped, maybe even more so than the poor ones, but they are given the illusion of freedom due to the silly things like being able to dress how they like, use crazy make-up, and being allowed a sense of vanity that they can cater to.

A well developed technology of surveillance and control of the members. This is pretty true in all the dystopian novels I've read so far. For example in Divergent the movements of all districts are carefully monitored through networked computers in one particular district, which people only learn about towards the end when there is a rebellion against them.

Enforced egalitarianism. This trait is also very common in a dystopian society, where all members have to behave the same way, even dress the same way and live the same way. For example in Matched, everyone lives exactly the same, each girl at the age of 17 goes through a matching ceremony, and there is no freedom of who a person wants to choose to marry. Elderly at the age of 80 are terminated at 12am after their birthday which is celebrated with all the family gathered around.

In Divergent there are 4 clear factions and the members of each faction have certain traits and live, act and even think a particular way, based on which faction they live in.

In Scott Westerfeld's series, the Uglies are turned into Pretties so everyone can look the same, with no personal feelings like love, gelousy and envy, so that the danger of wars is no longer there.

The society has gone first through a post-apocalyptic stage where humanity pretty much destroyed itself and the few that remained created a society where the main intention (at least initially) is that such attrocities never happen again. In The Hunger Games the separate districts have been created and isolated from each others and once a year a reaping occurs where a female and a male members are chosen to battle to death in remembering what it was and what it should never happen again.

Finally, within the context of dystopian definition comes also the fact that it is merely the illusion of a perfect society, where exactly the opposite is true.

Do You Like to Read Books About A Dystopian Society?

Would Visitors From The Past Think Of Our Society As Dystopian?

I have thought often of this question, and the more I think about it, the more my inner answer is Yes, and that for many reasons, but I will focus on one only this time.

We have evolved to a much higher level than even societies from 100 and 200 years ago. For example the notion of "Big Brother is watching' is truer now more than ever. Cameras installed everywhere, easy way of tracking with GPS and other devices, through cell phones, etc, a strong lack of privacy with government levels surveillance satellites, all these make it easy for anyone to be found, no matter where. Tracing of credit cards, bank statements, car license plates...no wonder we all feel controlled by the 'higher forces' at all times.

And how about the internet being used as tracking people all over the globe? Even the latest search engine, Google, can track our preferences, history of browsing, and it easily collects personal information that any government can make use of for their own purpose.

Can you see how it goes?

Is Our Society Moving To Become A Dystopian One?

Yes, I think our society is becoming like a dystopian society, because

The safest way to answer that question would be - as you say above - the impressions of a visitor from the past. But my guess would be yes at least in certain accounts.

Perhaps we're not there yet, by definition, but I am outraged by government presence today. In rural, mountainous Montana where my home base is, people have their eyes open and say "no!" to big government. But when I visit family in the cities, they don't complain about the hidden cameras and government presence everywhere...so if it is going to happen, in my opinion it will hit the urban areas first (and already has).

Why is Dystopian Literature so Popular?

While dystopian fiction existed from back in 1800s, it really became popular since The Hunger Games and other novels brought this almost Stepford Wives style society to limelight again.

For one it makes us think long and hard on main questions such as what is freedom really, and what is love, and what makes us human.

For teens (most dystopian literature caters to young adults) this is a way to escape and they can identify with the heroes that finally destroy that society. They feel trapped in their lives by careful monitoring by their parents, school and peers, they have usually quite a regulated life, with curfews in the evening, hours of study, etc, and they root for characters like Catniss Everdeen in The Hunger Games or Tris and Four in Divergent.

For adults, it is a look at a nightmarish future, especially with the modern warfare of today where a third world war can happen at any time with the push of a button. We all want to believe that if something happens, there will be an 'after', and the various scenarios brought forth by books and movies makes us curious as to how it would all unravel.

Finally I think it is also matter of hope. First of all the post-apocalyptic society is one where pretty much stops existing, it is the worst of the worst, where only a few people remain. Then we go on several years (or maybe hundreds of years) where a new society has formed (which means there is hope that there are enough people left to create a new society). Of course this new society is one that noone in their right mind would like to live in, and this is why this genre of books and movies  brings us hope that one can break free from such a society as well and 'make things right' again, just the way we have them now, in our own world.

Some of The Most Popular Dystopian Novels

Worth reading for all the points I mentioned above

Post Apocalyptic vs Dystopian Society In Works Of Fiction

There are a crazy number of dystopian and post apocalyptic novels and movies (and let's not forget TV series) made the last few years, and while it's easy to mix the two, they are not quite the same.

Here are a few of the characteristics that make these two anti-utopian societies different from each other.

In comparison to Dystopia

Which Is Your Favorite Dystopian Novel Or Series?

The sequel books to Divergent are also good and worth checking out. Yes at times it does all seems far fetched, but then again some of the books have something in them that really makes you think....the way things go now, it could just happen...just...

The only ones of those that I've read are the Hunger Games and Divergent. I loved those books, and still have yet to read the sequels to Divergent. It seems to me very far fetched that any of these things would actually happen in real life, but you never know, and I do like to read about these.

It's not exactly a dystopia or utopia, but it plays with these ideas...my favorite novel of all time is "The Dispossessed" by Ursula LeGuin. It depicts two worlds...each of which can be viewed as a Utopia in some ways or a Dystopia in others. The one world is very egalitarian, but extremely poor and with a hard life and few options for the people who live there. The other world is very prosperous materially, and has good protection for its environment, yet has disturbing inequalities in wealth and power.

There's another work by by LeGuin that I think is more explicitly dystopian, called The Telling. It's about an ultra-consumerist society in which old, traditional cultures have been made taboo or illegal. It's sometimes serious and sometimes fun but I think it offers interesting commentary on our own society or world.

I think this can be a really fascinating genre of literature because it can give a lot of insight into our own world, and can also explore interesting ethical and philosophical questions.

If you like the Percy Jackson series by Rick Riordan and you're looking for s...

Looking for similar good books to The Hunger Games? If you've read this trilogy (or even watched the first movie), you're probably hooked on this genre, just like me.
26%  1   3 marciag
Children's Books 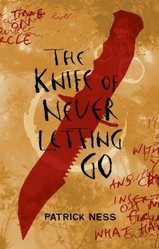 If you like the Percy Jackson series by Rick Riordan and you're looking for something similar to read, here are some books like Percy Jackson that are worth checking out.
Loading ...
Error!