Looking for similar good books to The Hunger Games? If you've read this trilogy (or even watched the first movie), you're probably hooked on this genre, just like me.

After the trilogy took the world practically by storm (and the first movie definitely helped as well), people passionate about this genre started to look for other good books like The Hunger Games, and with good reason. A compelling story both for adults and teens, great character development and a world that we're curious about, even though nobody would ever want to live there, this is all a theme that can easily draw in anyone who loves dystopian novels for young adults.

So if you're like me, you might be looking for something else similar, and that's exactly what I set out to find out. I hope you will enjoy the recommendations below of similar books to The Hunger Games. If you found other favorites that I haven't mentioned, please let me know in the Guestbook section below.

Divergent is a dystopian novel in a way quite similar to The Hunger Games. Many people consider this the next best book that is worth reading right after finishing with the Catniss Everdeen trilogy.

When I first started reading this book, I was not quite sure what to expect. However soon I got drawn into it and I'm really glad I gave this new trilogy a chance, as it captivated me pretty much like the other series as well. Of course the fact that I love dystopian fiction might be a slight bias, but not by much.

Divergent, the trilogy, has a central focus a society split into 5 different faction, each focusing on a specialty in order to keep the society functioning at optimum levels. Each person reaching the age of 16 has to choose which faction to join. The story is about Beatrice Prior and her choice at the age of 16, a choice that will literally change her life.

I don't want to give away the plot, but let's just say that it's full of action. If you want a really good book series like The Hunger Games, this one will definitely fit the bill. While it's not quite true for me (I still like the Catniss trilogy best), some people actually loved this one even more than The Hunger Games.

Do You Enjoy Reading Dystopian Fiction?

The Maze Runner series is the perfect match to books like The Hunger Games and Divergent. The story is set in a dystopian world where Thomas wakes up in a lift with the only recollection being his name. He has no idea where he is, why he is there, among the so-called Gladers, and what is going on in the first place.

The premise is good and the plot keeps its fast pace right until the end. And the interesting thing is that us, the readers, don't have any insight into this secret at all, we really don't know what is going on, just like Thomas. What really kept me going, even though I was frustrated to not know pretty much anything, was the strong suspense. There is quite a lot of it in the whole trilogy to keep any adventure lovers hooked.

The Gladers, the new community Thomas is thrown into without remembering anything except his name, are living in a huge maze. The mini-world is populated by boys who are not overly helpful or friendly for the matter either. Everyone is just as confused as Thomas and as angry as he is at the situation, which they have to somehow live through. Well, except Theresa, which is the only girl in there...

I mentioned before suspense, and that's true. The book can literally keep you at the edge of my seat throughout and I'm glad I did, as I don't care much for boring books. A seriously good book that I can heartily recommend.

Many people pick up this trilogy when looking for more good books like The Hunger Games or Divergent. This is another trilogy (have you noticed that after The Hunger Games) pretty much all dystopian novels are made of 3 books, no more, no less?) which is worth reading if you like Young Adult Distopian fiction as they call it.

The premise here is a bit different though, as it is all about love - or about the society which wants to prevent love from happening so that the people can live safe and secure lives (how boring). Basically every person reaching the age of 18 has to receive 'a cure for love', one that prevents them from being in love for the rest of their lives. Love in this society is a disease that needs cured.

Next in line is Lena who falls in live in a society where this could prove to be nothing short of deadly. The story is enthralling, heart breaking, and while there is not so much action like, for example in The Maze, you can easily get hooked on it from the start and read through the books to see through the final resolution.

I was not sure whether I would enjoy this series, but I truly did and I can recommend it to anyone who wants more similar books to The Hunger Games.

Matched is yet another dystopian trilogy like The Hunger Games and the other books mentioned above. Again it is a trilogy, made of 3 books, it is about a young adult girl called Cassia who, similar to Lena in Delirium, is matched by a very controlling society at the age of 17 to a particular person at her Matching ceremony.

The person is of course chosen by the society, and not by her own free will. Problem is, during the ceremony she is matched by mistake to another person than the one she was supposed to, so she now decided to make her own choice, which again, can be a bad thing in such a strict dystopian society.

This book is more romance than action and suspense, so if you like your story to be a bit more soapy and easy in style, you will enjoy it quite a lot. Actually I was surprised that I enjoyed it, while I thought I wouldn't.

If you do enjoy dystopian fiction and don't care to compare it every step of the way to The Hunger Games, I think you will love it as well. I mean what's not to love about a society where everything is dictated by the powers to be? What a person eats, when they die, what clothes they wear, who becomes their partner...it is pretty much the best society to read about and at the end to say 'thank God I'm not living there', but still to look for more books in the same genre :-)

Some people shudder at the name of Stephenie Meyer because they are reminded of the Twilight trilogy. However let me assure you that this new series (the first of which will has already been made into a movie) is nothing like the teen vampire series. This is a real dystopian novel (trilogy there, as while there is so far only one book, we already know the names of the second and third in the series) with a society that takes control of the minds of humans, and with a character who rebels and tries to find her way back home, away from the 'monsters'.

This book can be also called sci-fi, due to alien invasion, but it's really more dystopian fiction than science fiction. Melanie Stryder's mind has been invaded by an alien being who calls herself the Wanderer, and some of the story is said from her perspective. I guess this is why I really didn't hate the Wanderer because I followed her transformation from a 'soul' who did everything by the book and reported all her findings to her superiors to 'it' becoming something else, more human as it were.

Really a great story, and it's interesting how the author change the style so much from some vampire teen fiction to such a thought-provoking, interesting and suspenseful dystopian novel that adults can enjoy as well.

What Make A Novel Dystopian Fiction?

If you've never heard the term 'dystopian fiction' before, or you're not quite sure whether a book you're about to read (or have just read) is dystopian in nature at all, here are the main characteristics that make it fit the genre quite well.

Dystopian literature is basically related to an utopian world (a perfect world so to speak) which is in one way or another totally distorted. It is a world that really nobody with its might in the right place would ever want to live in.

So unlike an utopian society, the dystopian society is a bad, bad place to be in. A twisted society where the government has everything but the well-being of the folks at heart.

Btw, if you're wondering, dystopian fiction has nothing to do (well, at least not much to do) with post-apocalyptic novels, which focuses on the end of the world and how people are struggling to live afterwards.

Here the society is actually the controlling enemy, and the main character is usually a rebellious person (or team) who tries to right a wrong by any means possible (remember in The Hunger Games, Catniss Everdeen became 'the mockingjay', the symbol for freedom from the cruel society they were living in).

So in a nutshell, a dystopian society is a futuristic society where humans have literally no rights. The novels take great care in highlighting the major flows of such societies, and in a way they even sent warning signals - these things can actually happen and it's not all that unusual to image a future just like it.

In general the modern dystopian fiction is made of 3 books, and most books reviews above are a trilogy indeed (even Host will have 2 more novels under its name). While there are many like it, the first thing most people's minds go to when thinking of modern dystopia is indeed The Hunger Games. While dystopian fiction existed for quite some time before it, I think this series has totally revolutionized the genre, and there are now many copy-cats (some better, some worse) that want to reach the fame and popularity of this trilogy.

Did you know that one of the earliest classic dystopian novels is H.G. Well's The Time Machine, which is classified as science fiction, with a fully dystopian society in action. So the genre is nothing new, but The Hunger Games really made it popular and sought out among readers.

Do You Have Any Other Book Recommendations Like The Hunger Games?

It's a fun genre, I think you will like it. Thanks for stopping by!

A new genre I'm anxious to explore. Thanks!

So what are some other books like Fifty Shades Of Grey? If you've read and li...

Day Of The Dead - All Souls Day In Europe

While the US is happily preparing for Halloween, here in Europe we are prepar...

So what are some other books like Fifty Shades Of Grey? If you've read and liked it and you're now looking for something similar, you can find here similar books to enjoy.
47%  2   6 marciag
Dia de los Muertos (Day of the Dead) 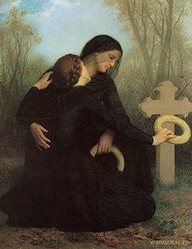 Day Of The Dead - All Souls Day In Europe

While the US is happily preparing for Halloween, here in Europe we are preparing for a more somber celebration: the Day Of The Dead, also called All Souls' Day.
Loading ...
Error!