What is The Three-act Structure?

Used predominantly now in screenplays, the three-act structure is a form of constructing drama. But where does it come from, what is it and does it always work?

Syd Field is sometimes cited as the man who 'created' the theory of the three-act structure, back in 1978.

There can be no doubt about Field's significant contribution to the dissecting of the structure, but he was certainly not the one to create it.

A Brief History of the Three-act Structure 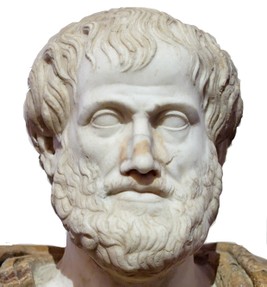 It's sometimes thought of as quite a modern phenomenon, and perhaps only applicable to screenplays. However, the three-act structure goes back as far as humans have told stories.

This view of a modern, screenwriters-only version of the form, is as unhelpful as it is incorrect, because it implies that a screenwriter requires some rigid formula; so writing within the three-act structure is a 'paint by numbers' affair.

Moreover, a perception of the three-act structure as just some modern concept used by Hollywood cookie-cutter writers, leaves it open to criticism.

The truth is that the form has developed over thousands of years and is continuing to do so. But where did it all begin?

As mentioned above, three-act structure (or a variation thereof) has existed for as long as drama has existed. Aristotle breaks the popular Greek tragedies of his day down into what is now oversimplistically (and slightly erroneously) classed as: a beginning, a middle and an end - three parts.

However, when the Roman Horace got his hands on the Poetics, he took Aristotle's work not as observations of what seemed to work well dramatically, but as a bible for playwriting; turning Aristotle's prologue, parados, episode, stasimon and exodus into five acts. He claimed that this five-act structure was the only legitimate form of drama and that was a belief that held for centuries, including the European neo-classical period of the 16th and 18th centuries.

It wasn't until the Romantics crashed onto the scene that the prescriptive, formulaic method of writing plays was cast aside in favor of a trial and error approach. The likes of Rene Pixerecourt would 'invent' melodrama, which in turn would heavily influence the first films.

However, it was Eugene Scribe who made perhaps the biggest impact, by 'creating' what came to be known as the 'well-made play'. What Scribe actually did was experiment with concepts that were already well-established: fast-moving plots, heightening of tension, escalating the action to a point of climax etc., etc.

And it's in these well-made plays that we begin to see the facets that most resemble a modern three-act structure.

Breaking Down the Three-act Structure 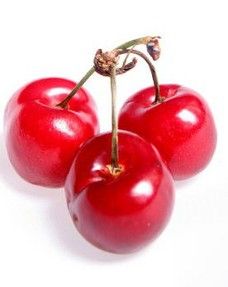 Before we go any further, it's just worth mentioning that the 'well-made plays' were not deemed to be great works of art in their time - they were, however, incredibly popular.

Like Shakespeare (who followed the five act structure) in his heyday, Scribe and his counterparts were not writing with any vision of changing the face of literature. No, they were just appealing to the masses.

And, in essence, that's what the three-act structure is still about - telling a story in a way that's going to have the most appeal.

But how does that work? Why is the three-act structure so appealing to us? It's got to be about much more than just a 'beginning', 'middle' and 'end', hasn't it?

Well, according to Syd Field, the paradigm works like this...

Act One in The Three-act Structure 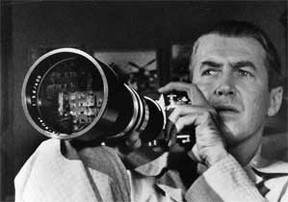 The first act essentially comprises the setup. According to Field, in most screenplays, this portion takes up about a quarter of the film.

What is the setup? Well, it's essentially exposition. It's establishing the main characters, the location and it will also involve an 'inciting incident', something that will plunge the protagonist into a problem.

Imagine the opening scene of Rear Window: we see the small apartment; Jimmy Stewart with his leg in plaster; a busted camera; and the photograph of a car crash that (we can already guess) caused the broken leg. It's a sophisticated yet very simple way of dealing with the setup, telling us exactly what we need to know about Jeff.

Subsequently, the inciting incident is Jeff's boredom prompting him to spy on his neighbors, something he seems to find rather addictive - the setup is complete.

There's just one more thing to add in the first act and that's a plot point somewhere near the end of it. A plot point, according to Field is a change in direction. It's sometimes called a reversal and, more recently, the first plot point is considered to mark the moment at which the protagonist determines to tackle whatever problem he or she faces. Going back to Rear Window, this would be when Jeff sees Thorwald covering up evidence of his wife's murder.

Act Two in the Three-act Structure 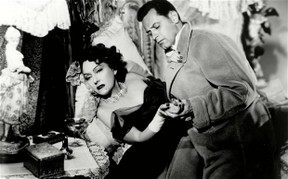 Which all brings us neatly onto act two. If act one is the setup, this is the 'confrontation'. In terms of time, it takes up approximately one half of the movie or story.

Usually, the confrontation phase of a story involves the protagonist encountering obstacle after obstacle in his or her attempt to solve the problem posed in act one. At this point, a writer will throw everything, including the kitchen sink, at his or her main character/s and really make them suffer.

We also see the 'midpoint' during the second act, which is usually, quite literally, halfway though the story. It is the moment at which everything comes crashing down around the protagonist and it no longer seems probable that he or she will overcome the problem.

It's the moment in Jurassic Park when the T-Rex attacks; it's young writer Joe's determining to break off his affair with Norma, but having to change his mind when she attempts suicide in Sunset Boulevard.

The midpoint in big blockbusters, is usually visually spectacular and memorable. However, even in less flashy stories, the midpoint is dramatic. It can also be seen as the 'point of no return', the stage at which the protagonist no longer has an easy 'out'. Whatever's going down, he or she is going to have to see it through now.

And, is if that weren't enough excitement for one act, at the end of act two, we have another plot point: another twist.

Act Three in The Three-act Structure 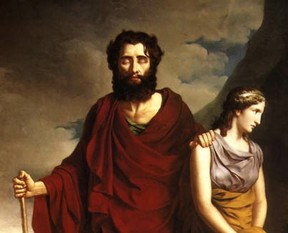 So, the third and final act in a three-act play, movie or story occupies the last quarter. It contains the 'climax' and the denouement.

A story's climax, is like a second midpoint, only this time the stakes are even higher. Now the tension is cranked up as far as it can go.

Here, usually, a dramatic question is answered, offering the protagonist a new sense of who they are. It's the moment Oedipus learns that the people he presumed to be his mother and father are not his biological parents.

After this point, it's all downhill - sometimes both literally and figuratively. The denouement is the final resolution of the plot, it provides a moment of calm, in which things return to normality - or, in some cases, a new type of normality.

If we go back to where we began, the denouement in Rear Window sees Jeff with two broken legs, resting beside Lisa, while each of his neighbors also seem to have found some peace.

Reasons to Ignore the Three-act Structure

Any formulaic structure has its problems.

Not all types of story will fit into these molds and not all writers' styles will suit them. Some people view the acts as arbitrary divisions, which have their roots in the theater; where there would have been actual breaks between acts. Viewed in this light, it's easy to see why a plot point or twist is advised at the end of act one and two: it's a Scheherazade-esque technique that ensures the punters come back for more.

So, do you need to follow the three-act structure when writing a modern story or screenplay? No, of course, you don't. It's possible to write effectively without those three 'separate' parts in mind. If you prefer to see a story as a continuous plot, which travels its own merry path, that's fine.

However, the prolonged use of the three-act structure should tell us something about it's evergreen appeal, if nothing else. And, interestingly, even if you don't hold to the three-act structure as a formula, it does tend to be our natural inclination for storytelling (even if it's just regaling your spouse with something that happened on the way to work): we set the scene, we build the tension until it reaches a climax and then we bring it down to a moment of calm. 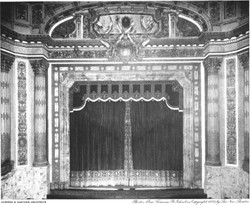