Shakespeare’s plays are more popular, and more widely performed, now than they were during the playwright’s lifetime. What is it about his work that transcends the centuries?

We are used to the fact that many artists were never truly appreciated until after death. Van Gogh only sold one painting during his life, El Greco was shunned for his unconventional and dramatic style, and Darger was incredibly secretive about his life and work.

But if asked to name a playwright who only became famous after death, a list would not be so easy to come by. In fact, in most cases, especially for Shakespeare’s contemporaries, the opposite is true.

You’d be forgiven for thinking that during the later 16th and early 17th centuries, Shakespeare was the only playwright in England. But, far from it, he had a number of rival writers: Robert Greene, Philip Massinger, Francis Beaumont, John Fletcher and Thomas Kyd were all hot stuff during their lifetimes. Today, however, the vast majority of people would be completely unfamiliar with their names. So, why is Shakespeare different?

There’s Something About Shakespeare

It ain't necessarily what you do, it's the way that you do it...

Well, the truth is that Shakespeare could so easily have been consigned to Elizabethan/Jacobean theatrical obscurity, along with many of his peers. However, during the 18th century, his work was subject to a huge revival, which put his plays back in fashion. A fashion that never really waned.

Audiences began to appreciate the universal nature of Shakespeare’s work; realizing that it was just as relevant 100 years after his death, as it had been for those who witnessed the first performances. Subsequent audiences, over the centuries, noted the same. No matter how much time passed, Shakespeare’s words still meant something to those who read or listened to them.

Now, I’m not suggesting that the work of Shakespeare’s contemporaries did not cover universal themes, because, of course, they did. However, Shakespeare’s evident talent gives him the edge.

So, although they deal with similar themes, there is a difference between Marlow’s Dr Faustus and Shakespeare’s Macbeth; a difference that has caused the latter to become the most frequently performed play on the planet. No, that is not hyperbole - a production of Macbeth is being performed somewhere in the world every four hours!

If You Love Will, Let The World Know

And why nobody does it better…

It’s strange, because in many ways, Shakespeare’s plays are very much a product of their era, but, at the same time, they are a product of almost any era. Even Shakespeare’s portrayal of Elizabethan and Jacobean outsiders - Shylock in The Merchant of Venice, Othello in Othello and the women of every single one of his plays - are handled in a way that does not mark the plays out as archaic in their views.

Despite being the ‘weaker’ sex, Shakespeare’s gals are feisty, strong and, in most cases, disobedient of the social conventions that are designed to dictate their ‘place’ in society. By the same token, Shylock, although a Jew in a very anti-Semitic era, can be seen as an incredibly sympathetic character. The same, of course, can be said for Othello and, arguably, the other black characters of Shakespeare’s plays - Morocco in The Merchant of Venice is not judged on the color of his skin and even Aaron, from Titus Andronicus, is redeemed.

So, regardless of the vast changes that have occurred over the last four hundred years, Shakespeare’s representation of human beings, on the whole, doesn’t jar too significantly with our modern perceptions and sensibilities.

There are, of course, occasions when Shakespeare’s plays are satirical and particularly prevalent to the world at the time of their writing. But, by and large, Shakespeare’s work examines what it is to be human:

Quite frankly, the list could go on and on. But what you quickly notice is that these facets of the human condition are just as relevant to us, as they were to the Elizabethans, and as relevant as they would have been to the Ancient Romans, or prehistoric man. We homo sapiens may have come a long way in 200,000 years, but the things that make us…well, us, have changed very little. And this is why Shakespeare's plays are so readily and easily shifted to any time period and location.

Buy a Little Will For Your Wall

Shakespeare’s Plays Are So Easily Transformed

One of the things that makes it so easy for directors and actors to place Shakespeare’s plays wherever and whenever they want, is that the great man himself was very light on stage directions. The reason for this probably stems from the fact that, as he directed most of the work himself, he didn’t need them. However, the result of this, for us, is that we can interpret the plays in many different ways and, no one, usually, can tell us that we’re wrong to do so.

Moreover, Shakespeare seems to have had a penchant for leaving us to make our own minds up about certain aspects of the plays. In this regard, he was way ahead of his time, penning what would later come to be known as ‘problem plays’; those that wrestle with a socially or culturally contentious issue, conducting the debate on stage and leaving an audience to reach its own conclusion.

The Merchant of Venice is a fine case in point. Are the Christians really behaving in a Christian way? Is Shylock really the villain? Do women really need to be beholden to a man, either their fathers or husbands?

Timon of Athens is another intriguing play, which conducts a philosophical debate with rather dramatic shifts in opinion. Is there such a thing as being too nice? Does no good deed go unpunished? Can you really depend on any other human being?

Because all of these questions are left hanging (although I think he certainly points us more firmly in one direction or the other), we can make of it what we will and directors can slant the production to show one side of the argument more strongly than the other.

Check Out These Interpretations of Shakespeare's Plays

Will Will Shakespeare’s Work Live Forever?

Will the timelessness of Shakespeare’s plays mean that they’ll still be performed in another 400 years time?

Quite simply, yes. I see absolutely no reason for Shakespeare’s work to fall out of favor. Unlike his contemporaries, he is globally recognized and loved, so ‘forgetting’ him, even over the course of centuries, seems unlikely to me.

And, more importantly, as long as we all suffer from the same condition: that of being human, there is no reason to disregard his work. Shakespeare may be almost 450 years old, but he was wise to things that transcend centuries: the ways of the mind and the ways of the heart. In my opinion, it is this wisdom, above all else, that will keep us coming back for more.

Richard III was given some of Shakespeare's most famous lines, here are just ...

Colloquially, Richard III is regarded as a villain and that's, in large part,... 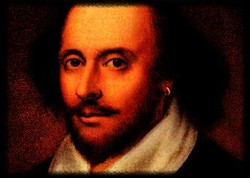 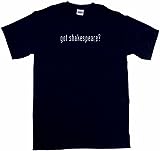 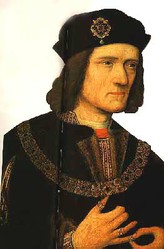 Richard III was given some of Shakespeare's most famous lines, here are just a few of them.
33%  0   5 WiseFool
Plays 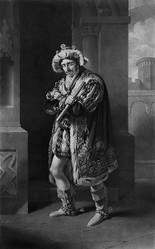 Colloquially, Richard III is regarded as a villain and that's, in large part, thanks to Shakespeare, but does Shakespeare actually portray him as a villain?
Loading ...
Error!