Detective Len Harper has to find the guilty party in a house full of suspects in What Remains, a four-part crime drama due to start on BBC One on Sunday 25 August 2013.

David Threlfall, Vidya Khan and Russell Tovey star in What Remains, a whodunit story set in a block of flats in south London. The remains of a woman are found after being left to rot for two years, but which of the other residents committed the crime? Detective inspector Len Harper tries to find out in this BBC One crime drama.

David Threlfall plays detective Len Harper investigating the murder of a woman in a block of flats in south London in What Remains, a new four-part whodunit crime drama due to start on BBC One on Sunday 25 August 2013. The body of the woman had been rotting away for two years before it was discovered, making the task even harder.

To add to the problems, Harper is in his last week before retirement and his fellow officers – including Alice Yapp, played by Lisa Millett – are keen to close the case because the state of the body makes it hard to prove anything. But Harper is convinced one of the neighbours is responsible and starts to investigate, even after his retirement date passes.

He comes from a family of police officers and has worked his way up from uniform to detective inspector in the old fashioned way. He spent his life surrounded by friends and family, but having lost his wife the year before he fears the emptiness that retirement will bring.

“He’s a detective inspector on the lip of retiring but he feels that if this case is passed to uniform it’s not really got a high priority,” said Threlfall. “There’s a desire in him which means that he cares about finding out the truth of why this woman has been left to rot for two years.”

Vidya Khan plays Amber Rose Revah, who is seven-months pregnant and moved into the flats with her boyfriend the day the remains were found. Her boyfriend is Michael Jenson (played by Russell Tovey) who wants revenge on one of the neighbours. Another flat is occupied by couple Elaine Markham and Peggy Scott, played, respectively, by Indira Varma and Victoria Hamilton. Elaine is a successful businesswoman who never liked the deceased woman Melissa (played by Jessica Gunning) and has a dark secret connected with that, but it is Peggy who is trying to come to terms with the guilt of her involvement with Melissa.

Since getting divorced four years earlier, Kieron Moss (played by Steven Mackintosh) has struggled to find a girlfriend that his son Adam (played by Alexander Arnold) approves of. The editor of a local newspaper, Kieron has many secrets to hide, and Len’s investigation only serves to bring his demons to the forefront. His current girlfriend Patricia (played by Claudie Blakley) finds the investigation is putting strain on their relationship.

Maths teacher Joe Sellers (played by David Bamber) lives on his own and is a pain to the other neighbours, treating them like his pupils when they get out of line. He used to care for Melissa’s mother. Recluse Liz Fletcher keeps the inside of her home hidden from view. But her unstable behaviour is getting out of control.

His career dates back to the late 1970s but Paradise Postponed was his first recurring television role, which he reprised in Titmuss Regained in 1991 while he was also playing Bell in Nightingales. Other roles have included Lenny Smart in Men of the World, Frank McGrath in Thief Takers and Hal Royce in A Dinner of Herbs.

Team behind What Remains

Written by Tony Basgallop and directed by Coky Giedroyc, What Remains was made by BBC Drama Productions. It was produced by Grainne Marmion and executive produced by Hilary Salmon. The drama was commissioned by Ben Stephenson, controller of BBC drama commissioning, and Danny Cohen, former controller of BBC One and now director of television.

“Len wants to solve this case because he doesn’t have anything else to fill his days with, and gradually he’s going to see that for himself,” explained Basgallop. “I created these suspects – these little family units, stacked up like building blocks – by contrasting what their neighbours thought of them, to what they really are. And I suppose what connects the suspects to one another is that – like our cop and our victim – they are either lonely or terrified of being alone. And that’s how we all go through life, isn’t it?”

I loved this series. The acting was impressive and the plot was twisted and complex enough to keep me curious until the very end.

Will have to look for this on BBC America. British Crime dramas are so good. Mostly because you don't drag a story on for years....

Sounds interesting - hope we get to see it across "the pond" here in the States! 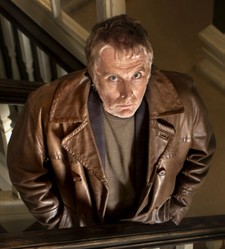 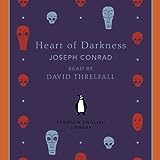 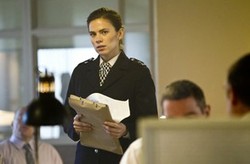