Why Comments Are Important For a Blog or Article Writer

For an online writer, comments are vital to increasing your search engine ranking, creating a good reputation and building a rapport with your readers.

The ability of readers and writers to interact is a large part of the fun of online writing. It's a much more informal medium that, whether you want it to or not, is likely to incite conversation. This may not be every writer's cup of tea, but it's a big part of the gig.

And, more importantly, as far as search engines are concerned at least, comments are crucial in demonstrating that your blog posts or articles have worth. So, it's wise to get comfortable with comments. If you use them and respond to them correctly, they can definitely work to your advantage.

The Difference Between Valuable Comments and Valueless Comments 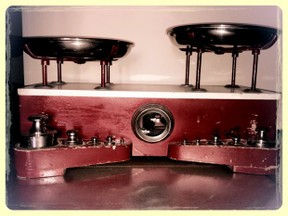 First things first, there is a big difference between comments that have value and ones that do not.

In some cases, this distinction might be obvious - a one or two word expletive, for example, clearly offers nothing to either you as a writer or to your readers.

Similarly, you'll get the spammy comments, in which the writer is merely trying to promote his or her product, which is often not even relevant to the content.

However, there are more tricky instances; occasions when you may not feel a comment has value, perhaps because you disagree with it, but which are actually providing you with several opportunities - I'll go into more detail about those further down. For now, however, let's take a look at examples of valuable and valueless comments.

What Comments Say to Search Engines

As you might already know, ranking high on search engines is all about getting a good balance of keyword density (and writing well, of course!). You don't want to stuff keywords in left, right and center, but, at the same time, a search phrase needs to be drizzled throughout the article or post in order to catch Google's eye.

Of course, if you've got comments at the end of your posts, Google (other search engines are available) will take notice of these, too. So, any instances of keywords used here will add to your density. Moreover, though, Google likes pages where people linger and engage - to search engines, engagement means that the information contained on the page has real worth.

What Comments Say to a Writer 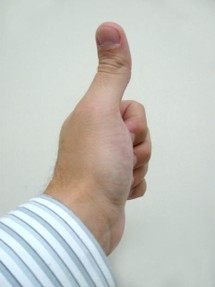 Comments are not just to serve the crazy, abstract search engine algorithms, though.They're also useful to you.

Rather than just looking at stats of page impressions, valuable comments offer a much more personal glimpse of the people that are actually reading your work.

Hopefully, those commenters will tell you what they like about what you're doing; what they're finding useful, funny or touching.

Even if there's something they don't like, you've got an opportunity to find out why - perhaps it's something to do with individual perception and you can agree to differ, or maybe you'll learn something that can help you improve your writing.

What Comments Say About a Writer

As a writer, you should always keep in mind the fact that, whether you're commenting on someone else's work or responding to comments on your own, how you go about it says a lot about who you are.

It can win you fans or it can quickly lose them. For example, I recently gained a new follower on Twitter, who wrote to say that he was impressed by my open-mindedness in reference to the comments left on an article. He wasn't involved in the discussion, but he read it and, subsequently, sought me out.

1. Keep your cool - No matter what someone else may be writing, how irate or abusive they're being, do not sink to their level. If you feel yourself becoming angry - and don't we all at times - walk away from it for a few hours and come back with a more relaxed head.

2. Never insult your readers' intelligence - Just because someone disagrees, doesn't make them stupid. In all honesty, of course, they might be stupid, but you can't make that judgement based on a three sentence comment.

And, if you resort to insinuating or outright saying that a commenter is 'stupid' it says far more about you than it does about them. And, just in case you were wondering, what it says ain't pretty.

3. Subscribe to Voltaire's school of thought - "I do not agree with what you have to say, but I defend to the death you're right to say it." As long as someone is expressing themselves in a reasonably polite manner, there's no need to rubbish their opinion.

For example, if I'd written an article about the oblate spheroid nature of the Earth and someone said they believe the world is actually flat, that's not harming me, so there's no point in starting an argument. As Salt 'n' Peppa's 'None of Yo Business' teaches us, "opinions are like (expletives) and everybody's got one". If you intend to go around telling everybody, who disagrees with you, that they're not entitled to an opinion, you'd be better off in Stalinist Russia...As long as you are Stalin, of course.

4. Pick your battles - As mentioned above, there are some things that are just not worth getting your panties in a bunch over. Other things, however, are worthy of your time. As always, though, convey yourself in a respectful way.

Always remember, your success as an online writer is as much about your online persona as it is about your talents as a writer. So, don't put those unflattering colors on display.

5. Always respect other's cultural or religious beliefs - Personally, I don't believe in a God, but it would be arrogant and obnoxious of me to tell others that they're wrong to believe otherwise. When it comes to matters of faith or perception, as long as nothing offensive is being written by your readers, they have every right to hold those beliefs.

Here i tell you about fun solitaire games. i find out the best website for solitaire hearts games junction. you will be entertainment your self

Abby, I think when it comes to subjects like that, there's no getting away from some heated and possibly controversial debates cropping up. No doubt some of your readers will be vehemently opposed to what you've got to say.

For what it's worth, I think, in those instances, all you can do is put your opinions across in the most calm and courteous manner possible - no matter what the fall out of that is, you still come off seeming like a well-balanced human being.

Of course, there are times when no matter what your point of view, how carefully you state it, or how articulate your arguments, commenters will take offence, rant and/or rave, but if you've said your piece, other (more reasonable) readers can draw their own conclusions.

Yes. I recently wrote an article involving guns and school shootings on another website. It has sparked some lengthy comments by readers but I was afraid to say anything to controversial in reply. I didn't want to start anything. I guess I should have lol

Hi, Lana and Abby. Thanks both for your kind comments. You're right, Lana, sometimes it can be difficult to know what to say other than, "I enjoyed reading this". I think most of us still appreciate those kind of remarks (there's nothing wrong with them), they just don't offer an opportunity to engage in a conversation, which could add even more value to the original article or post.

And likewise, Abby, if someone's just complimenting you, it can be hard to find anything other than "thanks" to say in reply. If you can see any opening for additional debate or discussion though, it's a great idea to jump on it.

This is a really informative article. A lot of times I really don't know how to respond to some comments I get, other than thank you.

I think everyone has suddenly gone shy. Good article. I try to leave comments but sometimes just don't have much to say other than I enjoyed it.

Using the same word over and over again used to be a sure-fire way to get sea...

A guest post in the right place and the right time can bring benefits to blog... 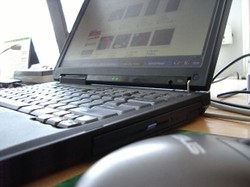 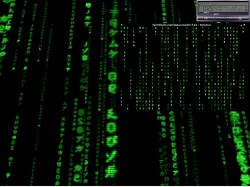 Using the same word over and over again used to be a sure-fire way to get search engine hits. Now it will just get you fired.
100%  26   11 Tolovaj
Blogging Tips 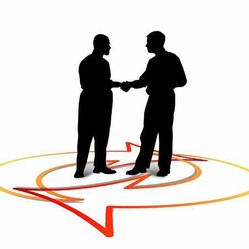 A guest post in the right place and the right time can bring benefits to bloggers, their visitors and search engines. It is a triple win situation!
Loading ...
Error!