Ke$ha was one of the biggest names in music in 2010. Despite this her sophomore album Warrior has been struggling in sales.

The album received mostly positive reviews from critics. It has 4.5 out of 5 stars on both amazon.com and iTunes. Yet, it only sold 86,000 copies in it's opening week. It was projected to sell 120,000 copies. It is now only selling a few thousand copies a week. So, why is this critically acclaimed album flopping so badly since it's December 4th, 2012 release?

I think the album is mainly flopping because of some bad decisions made by Ke$ha's label RCA. Many artists will have two lead singles before releasing an album. This is especially important for newer artists who aren't very well established yet. Ke$ha was a huge name in music in 2010 and early 2011. But she only has about 3 million Twitter followers (compared to 20 million for Taylor Swift and 30 million for Katy Perry). She clearly didn't have a large enough fanbase to drive early sales like Lady Gaga had with Born this Way.

If Die Young had been released in May of 2012 and her second single had been released in September, there would have been two singles out to sell the album rather than one. Warrior debuted at number 6 on the Billboard album chart. It would very likely have debuted at number 1 based on the extra attention a second hit single would have brought her. By early January of 2013, she would have had her third single out generating enough interest to have much better weekly sales.

Lack of promotion has been another problem. RCA has failed miserably to find promotional opportunities for Ke$ha. She did do lots of radio interviews before Warrior's release but things have been quiet since.

Die Young and current single C'mon really aren't different from anything Ke$ha has put out before. They are both definitely radio friendly singles and fun songs. But they aren't anything new or different like Tik Tok. When Ke$ha first came on the scene, her mix of the Beastie Boys and Daft Punk was completely new. No one in pop music was doing anything like it. She was fresh and original. Her sound was imitated, so she really doesn't stand out anymore. Die Young sounds similar to Good Feeling by Flo Rida (both songs are Dr. Luke productions). Radio clearly loves Die Young though.

After the shooting at Sandy Hook Elementary in Connecticut, Die Young experienced a huge drop in airplay. But the song is so popular it's still receiving massive amounts of spins on pop radio. The single has sold more than 3 million downloads and will likely sell another million eventually. It peaked at number 2 on the Billboard Hot 100 and at number 1 on the pop charts. It broke a record for the most spins on top 40 radio. Die Young is dropping very slowly in both airplay and on the charts. Clearly Ke$ha isn't flopping overall.

But both Die Young and C'mon are pretty generic. They aren't the kinds of songs that will generate a huge amount of interest in her album. The good news is that these are the only two really generic songs on the album. The rest of the songs don't sound much like anything she's done before. Crazy Kids probably comes the closest.

In other good news, rock, folk and indie style songs have made a strong comeback on the charts. Ke$ha has those kinds of songs on Warrior. She's made an album that's filled with potential smashes. Songs like Last Goodbye, Supernatural, Only Wanna Dance With You, Love Into the Light, Wherever You Are and Crazy Kids would likely generate much more interest in the album. Better sales later this year are a very real possibility once more singles come out.

In even more good news, Ke$ha will have a documentary series on MTV starting in April. The documentary will cover her life over the last two years and include the making of Warrior. Hopefully, the series will be a success and will generate interest in the album.

Love Into the Light

Katy Perry's hugely successful Teenage Dream album didn't get off to such a great start either. It did debut at number one but sold far less than projected. Some people even used the word flop to describe it. This despite Perry having two number 1 lead singles. The album went on to sell millions of copies based on the strength of multiple single releases. The same can easily happen for Ms. Kesha Sebert. Most critics liked or loved her album. Most buyers have loved it so far based on reviews. It definitely is one of the best pop albums of 2012. Hopefully 2013 will be the year that millions of music buyers figure that out.

Have you bought, listened to or previewed Warrior?

That's true. Animal was heavily discounted for a time when it was released. Warrior was discounted for a week or so and did see improved sales. I think discounts will help but she really needs stronger single releases to create interest in the album. It's rumoured that Supernatural will be the next single. I predict that it will be very successful. They should combine a discount with the release to drive up sales.

Another thing I think is significant is that both iTunes and Amazon have been selling "Warrior' at full price since its debut when usually they (especially Amazon) will offer major new releases at a discount at least for a short period early in its release.

A list of some great live performances by pop singer Ke$ha. Includes some bef...

Underground music by Various Artists on the United World Under...

Back in the 1990s Mick Magic, who ran the Music and Elsewhere tape label for ... 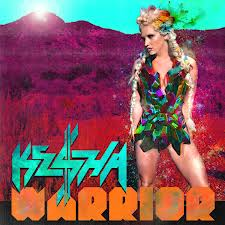 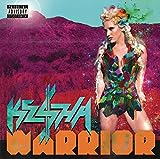 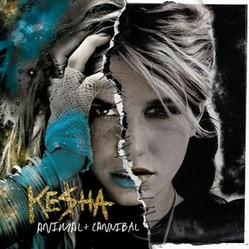 A list of some great live performances by pop singer Ke$ha. Includes some before she was famous performances.
55%  6   5 candy47
Artists

Back-up singers of rock and roll, 20 feet from stardom. They are nameless but their voices are heard around the world. Merry Clayton, the Diva of Gimme Shelter....
34%  2   4 BardofEly
Artists

Back in the 1990s Mick Magic, who ran the Music and Elsewhere tape label for underground bands released a CD album by Various Artists entitled United World Underground.
Loading ...
Error!