Why Some People Still Believe the World is Flat

Despite a large amount of evidence that appears to document otherwise, there are people who still hold onto the idea that the Earth is actually a flat disc.

Despite a large amount of evidence that appears to document otherwise, there are people who still hold onto the idea that the Earth is actually a flat disc.

It is a popular misconception that people still thought the earth to be flat by the time Columbus was sailing off to find the East Indies; it was widespread knowledge throughout Europe that the earth was a globe centuries before during the Middle Ages. Indeed, it can be found in records as far back as the third century BC and it is even said that no Greek of repute thought it anything but a globe. By 240BC, Eratosthenes had estimated the circumference of the Earth, with an error margin between 2 – 20% of the actual circumference as we know it today – using observations of shadows at the summer solstice. Seafaring helped the idea by providing observational evidence, as objects on the otherwise long empty horizons showed the curvature of the earth.

And though the notion of a flat earth began to rise again with Christianity, based on literal readings of the bible, the global view was much more cemented. It was continually supported by the addition of new evidence, observations and calculations, and the spread of knowledge between growing civilisations meant that the concept was far reaching.

Coming much closer to present day, we then had the rise of satellites, which could take photos, and then finally people-led expeditions into space, who could verify with their own eyes. Though the knowledge had been common for tens of centuries, finally being able to conclusively show the curved, global shape of the earth sealed the deal.

So it may come as somewhat of a surprise that there are, at present, people who still hold the idea that the earth is flat.

The modern model of Flat-Earthism was founded by inventor Samuel Rowbotham in the 19th century. He proposed that the earth was a disc, with the ice of the Arctic in the centre, a boundary of Antarctic ice creating a wall around the edge, and the sun and moon 3000 miles and 3100 miles above the earth respectively. This was based on bible reading, and also one’s own observations – in day to day life, the earth appears flat and immovable. He gained several followers, including William Carpenter and Lady Elizabeth Blount who both helped carry on his work. He also set up a Zetetic Society in England and New York.

Though it underwent a decline after World War One, in 1956 the International Flat Earth  Society was set up by Samuel Shenton. This was just before satellite imagery showed the spherical shape of the earth, but the society was undaunted when this came out, saying that such photographs could easily fool the untrained eye. Their response to peopled space flight and the moon landings were to brand them as hoaxes, staged by Hollywood.

Membership reached two to three thousand at its peak. However, by 1980 the number had fallen to just 200 and many clung to the flat earth model due to the writings in the bible, which should be believed despite what science says to the contrary.

2004 saw the society’s resurrection, however, with Daniel Shenton bringing it back via web-based fora and seeing its official relaunch in 2009. As of May 2011, the site membership had risen to 265. Unlike its previous incarnations, the society does not have a core belief of the construction of the earth, with some believing it to be a disc that is accelerating at 9.8m/s^2 upwards, which is the force that holds people to the earth, rather than gravity. Others see it as an infinite plan. It is part of their undogmatic approach that has permeated the society since its start – to follow one’s own personal perceptions of the world, despite evidence that says otherwise. 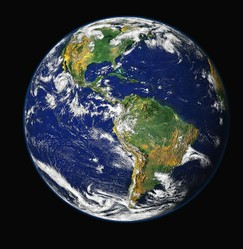