Will Britain See a Return to the Dark Ages in the Near Future?

Ofgen has warned that Britain faces blackouts in 2015. Could this happen?

Incessant blackouts constantly annoy the Nigerian people, and they also cause businesses to collapse from the strain. One community in the country only received power for up to 10 hours throughout the year, making work almost impossible for business people and students. Students even turned to candles, torches and generating sets to enable them to study. The blackouts angered the community so much that they decided to sue the relevant organisation.

Could this type of worrying scenario happen in Britain?  Ofgen, the energy markets regulator, recently warned that Britain may face energy shortages in the middle of the decade, and that the risk of blackouts in 2015 trebled from one-in-12 to one-in-4 recently, according to the Ofgen report.  These warnings caused many people to fear a return to the dark days of the 1970s when crippling strikes caused blackouts at dinner time, and a three-day working week was even imposed.

Ofgen made these warnings for several reasons, including the closure of old and unprofitable coal and gas plants and nuclear power stations, high energy demand and lack of investment in renewable energy sources.  All of these problems are worsening, creating high risks of blackouts in 2015.

The lack of power caused by these closures is unlikely to be solved by renewable energy sources. For example, wind farms cannot supply the extra electricity that is needed, and many critics argue that they are unreliable, because they either supply too much electricity or too little.  At certain times, wind farms need electricity from the National Grid, so that they can keep their basic power supplies running.  This occurs when wind is lacking, and it is known as ‘parasitic consumption’.  Some wind farms also produce very little energy at certain times.  At other times, however, the National Grid has actually paid wind farms to shut down, so that the electricity system is not overloaded.  These payments reached over £7 million this year.

High energy demand and the failure of households to take up ‘Green Deals’ also increase the risk of blackouts.  Energy demand is not falling as much as the government expected, and people are not turning to renewable sources of energy to replace reliance on the usual electricity sources.  The government is offering attractive deals to help people to ‘green’ their homes.  Only four households had signed up for these heavily advertised ‘Green Deals’ by June.

If energy shortages become desperate, the government may even force blackouts.  Factories and large businesses may be paid to switch off their power in energy emergencies, or they may be given compensation to reduce their energy usage in times of high demand.  Power plants that have closed may also be paid to come back online during energy shortages.

The British government has downplayed the risk of blackouts.  However, the government obviously needs to consider this situation extremely carefully, and most British people think that it should make every possible effort to reduce the possibility of a ‘Dark Age Britain’.

Important issue - one that people with authority need to address realistically.

A supply of computer batteries and a portable generator might be the only answer.

I've got so many candles here! I'd be alright for light, but not for working. I need the internet to earn my livelihood.

We are assured that it will not happen, but remember, there was once a time when we were told that nuclear power would give us energy too cheap to meter.

The answer is self-reliance. All families should have a back up system. You need a supply that contains torches and candles for light. A heating system that does not rely on the grid is essential. My wife and I have been considering getting a multifuel burner. For us it would not be a source of hot water, but it would provide heat, It would go some way towards my goal of self-reliance in retirement, where I grow my own vegetables and make stuff rather than buying it.

Some houses can be retrofitted to make them greener and more energy effiicient. Mine is a hundred years old terrace, so there are limits as to what can be done to it.

It would be political suicide for any government to allow it to happen but it could. Maybe politicians, businesses and people need to rethink their priorities but doubt there is the will.
Good thought provoking post on an important topic, well done!

Every tiny thing that you do makes a huge impact, take a look at some small e...

Wind Turbines for Home Use

One way to reduce your home electric bill is to install a wind turbine. They ... 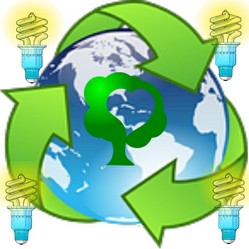 Every tiny thing that you do makes a huge impact, take a look at some small energy efficient house plans that will help you save cash as well as the environment!
51%  8   4 Gardenbella
Home Energy Efficiency 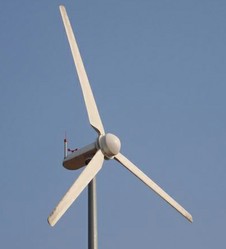 Wind Turbines for Home Use

One way to reduce your home electric bill is to install a wind turbine. They are small a fit on the top of your house or other building and over time will pay for themselves.
Loading ...
Error!