Saharet was an Australian-born dancer in the Edwardian era, who took the world by storm. Unfortunately, she is little-known today. This is her story.

Vivacious and dark-eyed, the pretty dancer Saharet entered the corps de ballet at a theatre in Melbourne when she was only 10. Her family moved to San Francisco when she was a teenager, and she continued her dancing career there. She appeared in music halls and theatres. Her marriage to Ike Rose helped her become a star.

He took her to New York where she appeared at the music-hall, Koster & Biels, and she became famous for her high kicks and saucy winks.  He also took her to Paris, London, and Berlin where she was 'the most photographed dancer in Europe'.  She was mostly famous as a can-can dancer, and she starred at the Folies - Bergère in Paris.

The pretty star told an interviewer at The Daily Mail that she wasn't happy in Paris.  'The people talk a gibberish that wears out her ears, she said, and the streets are so narrow that they hlt you as you go past!'

This unhappiness didn't show in her energetic, but graceful dancing, according to the interviewer. He wrote that: 'She danced, and kicked,and whirled her feet about in wild cachucas   and can-cans that might have derived inspiration from the war dancers of the weird Australian bush'.

In 1909, the dancer became famous for her seductive tangos with Signor Plauton in London.

The marriage to Rose ended in misery and divorce.  He accused her of infidelity, and she accused him of cruelty.

An art critic and banker became obsessed with the dancer after he saw an alluring painting of her. This millionaire, Frantz von Frantzius followed the star around, and finally persuaded her to marry him.  He wanted her to give up dancing once they married, however.

Of course, Saharet couldn't do this - she loved her career.  This marriage ended in divorce as well, because von Frantzius grew extremely suspicious.  He was especially suspicious of Saharet's dance partner, Signor Florido.

When she was 37 in 1917, the Australian dancer married for the last time.  She married the American theatrical agent, Max Lowe, and returned to America from Europe.

Unfortunately, we don't know how Saharet's story ends.  Did she return to Australia?  She may have done, or she may have stayed in America.  She had a daughter with Rose, and we don't know what happened to her either.  It's a pity that this Australian star's story finishes so mysteriously.

Saharet was painted by several artists, including Franz von Stuck and Franz Lenbach.  Van Stock painted many portraits of her, including one that shows her looking Bohemian with a red rose in her hair, lots of necklaces, and a white jacket and red slippers.  This hangs in the Landesmuseum in Oldenberg in Germany.

Von Lenbach called the lively dancer 'the most beautiful woman in the world'.  One of his paintings of her hangs in the Frye Art Museum in Washington.

Thank you so much, Mira and Elias.

A nice article and an interesting bio! 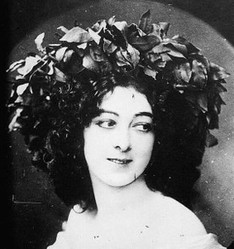 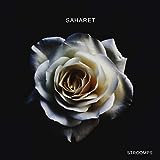 Enjoy a few of the favorite things Scotland brings us, the amazing and magical place famous for so many fantastic inventions and talented people.
100%  21   9 Tolovaj
Other Celebrities

Amazing facts about Walt Disney, animator, producer, actor, businessman and above all - a dreamer.
28%  2   3 BardofEly
Other Celebrities

C.J. Stone, or Christopher James Stone, to give him his full name is an author and journalist who has written for a number of well-known newspapers including The Guardian
Loading ...
Error!