Witchcraft and the Healing Arts

The primary art of witchcraft is in herbalism and other natural remedies. For centuries, the only healthcare for the poor was the village witch.

'... there are diverse and sundry kinds of Maladies, which though a man do goe to all the physitions that can be heard of, yet he shall find no remedy: whereas sometimes they are cured by those which are called cunning folkes.'

How the Old Religion Survived in Healing the Sick

Once powerful priests and priestesses were relegated over time into only being healers. This knowledge saved their lives. 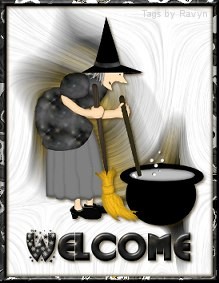 I was taught that Wicca has its etymology in the Anglo-Saxon 'wis'. It's the same root word which gives us 'wizard', 'witch' and 'wise', hence the reference to Wicca being the Path of the Wise.

But what were we supposed to be so wise about?

For earlier societies, practitioners were the priests and priestesses of a tribe. There was communion with the Gods and magical acts designed to ensure the welfare of the people.

This could take the form of counseling, in both the political and psychological senses, or elaborate rituals to bring prosperity and protection.They were the people who knew the histories, legends, genealogies and law. They had knowledge of astronomy and the passing of the seasons. They knew when to sow and when to reap. They were the primitive scientists, psychologists and sociologists.

The coming of Christianity usurped these roles. They were performed by the clergy of a new religion.

However, there was one area in which the Christian priests didn't venture. They were not physical healers. They were more concerned with the curing of souls. This was all well and good, but what if you couldn't concentrate on your prayers because of your blinding headache or the pain in your knee?

In time, the monasteries and nunneries became involved in the healing. Their hospitals originally had a function similar to the modern hostels and hostelries, but quickly came to focus on sick and injured pilgrims.  This gave rise to hospitals as we know them today.  But back in the villages, home care was still the province of the earlier religions.

Practitioners of Paganism were only slowly moved to the edges of society, but they were never completely eradicated. This was because they were too useful. These were the people with knowledge of herbalism and the workings of the human body. In an age before doctors and hospitals, they were the ones who looked to their community's health.

As the medieval period moved on into the coming of the Age of Reason, sensational witch trials saw people tortured and killed. Their charges universally concern cavorting with the Christian Devil, bewitching individuals into doing terrible deeds, raising storms, killing cattle or talking to wild animals.

Conspicuous by their absence in the court accounts are the people, commonly referred to as witches, who were effectively the village healer. No-one was willing to testify against them because they would instantly lose their healthcare system. They existed. The history books are full of them. They just weren't persecuted.

Instead 16th and 17th century academics tried to force a false distinction between the practitioners brought to trial and those free to continue their craft. There were evil witches and good witches; 'black' witches and 'white' witches. Those skilled in herbalism were called 'cunning-folk', further dissociating them from their allegedly Satanic brethren.

It was all ridiculous, of course. There was never any difference in the minds of ordinary people, nor in the witches themselves. But it facilitated a dual approach to them, which kept everyone happy, as long as they didn't think too deeply about it.

Even today, a stereotype of witches in popular culture sees us bent over a bubbling cauldron, muttering incantations. Have you never wondered what was being brought to the boil? It was the medicines, balms, potions and tinctures that were destined to treat an ailing patient.

So what was the 'wisdom' in the name of 'witch'?  It was knowledge of herbalism and other natural remedies.

Owen Davies's History of the Cunning-Folk

As a Wiccan historian, I've read, scrutinised and sometimes demolished the arguments in a lot of books on the subject.

I personally recommend Owen Davies's Popular Magic: Cunning-folk in English History.  It explains very well the vital role that witches played in towns and villages before the days of standardised healthcare.

Davies is an historian, so every fact is checked and backed up with primary, or secondary, evidence. Nevertheless, this isn't a dry, academic text. It's very readable and accessible for those new to the topic.

Have you ever used home grown medicines or cosmetics?

Modern medicine has rendered the once vital role of the witch slightly redundant. Nevertheless, herbalism remains an important part of Wicca. 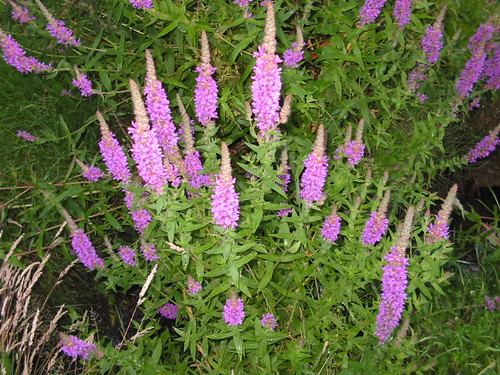 Wicca is a religion which looks to the world about us for inspiration and learning. Our Sabbats chime with the solar and lunar calendars. Our rituals have their roots in nature, imitating what is happening in the reality outside our front doors.

For this reason alone, it should be obvious why witchcraft has traditionally sought to understand the properties of plants. They are part of nature, but can be used to directly affect the human body.

In The Witches' Way, Janet and Stewart Farrar wrote, 'witches practise herbalism because its study puts them in direct contact with the Earth's natural flora, literally 'at grass roots'.' They went on to describe how learning about herbs is a perfect exercise in comprehensively interacting with our local landscape.

Spirituality aside, herblore is practical. Certain plants, roots, bark, berries and leaves really can heal people. For example, on very rare occasions, I suffer from classic migraines.  I have medication prescribed by my doctor for these episodes. This didn't help me on the day that I was away from home and I'd forgotten to drop the pills into my handbag.

Fortunately there was feverfew growing in the garden.  In the grip of an aura, but not yet screaming with pain, I rushed out and picked five small leaves (I could have gone for two or three large ones) and let them steep in boiling water for ten minutes. By now, I really was in agony, so my friend had to take over.

While I lay down in a darkened room, my friend transferred the brew into a mug and brought it to me. I won't lie. It tasted like something the cat had vomited (I imagine...), nevertheless, I forced it down. Within a few minutes, the pain lessened.  Twenty minutes later, I was sitting back outside, quite recovered. A simple garden herb had successfully replaced a strong codeine based drug.

The majority of modern medicines stem from pharmaceutical companies examining plants. Scientists isolate the properties that work, purify and concentrate them, then create our tablets and medicines from the result. For example, aspirin is basically ground willow bark.

Amongst my Pagan friends, it's the US witches who really delve deeply into learning about herbalism. Americans unable to access doctors and hospitals, due to their health plan insurance issues, often turn to the witches. I have personally witnessed this happening on numerous occasions.

Of course a lot of things can go wrong. People have been known to die from experimentally eating yew tree leaves and the like. Nevertheless, learning about herblore in Wicca is continuing a tradition that goes back to our cunning-folk spiritual ancestors.

Other Wiccans have a more cosmetic use for herblore. With such an emphasis on the natural world, it's hardly surprising that a high proportion of witches are environmental or animal rights activists. These are the practitioners who are highly likely to be making their own soap, hand cremes, shampoo, bubble bath and even make up. It's one way of ensuring that there was no animal testing and that the ingredients are all natural.

Learn how to treat your family's ailments the natural way.

You may also enjoy these articles

Weight Loss Spells
Witchcraft doesn't usually cover such things, but it can if you add a healthy dash of ancient Weatherwaxian lore.

The Meaning Behind Wiccan and Pagan Jewelry
Buying Wiccan or Pagan jewelry means entering a world of symbolism. Are you giving the right message to the witches around you?
Updated: 10/02/2012, JoHarrington
Thank you! Would you like to post a comment now?
5

I know someone who lives quite close to Santiago de Compostela. She has mentioned it as somewhere to take me, when I finally make it to her house. :)

Thank you for the history lesson. Proof here that I still have a lot to learn! I'm going to edit that part in the article to get it correct. It's always good to know that someone is watching my back and keeping me real. <3

Edit: Does that read better now?

And already true by early medieval times, see http://en.wikipedia.org/wiki/Celtic_C... As for the rest, lol, I worked for four years as a volunteer in over 20 pilgrim's refuges on the Spanish pilgrim route to Santiago de Compostela ;-) you could say that I learned a fair bit of history during that time. I certainly don't doubt that the cunning folk and wise women continued to work as healers, I simply find your statement "However, there was one area in which the Christian priests didn't venture. They were not physical healers." misleading as it is expressed as an absolute statement with no nuance regarding time frame etc, SY

That was definitely true by Mediaeval times, but right at the beginning healing wasn't in the roles of the nunneries and monasteries. That's how the word 'hospital' came into being. Those on Christian pilgrims trails were given shelter in them, but so much walking over such long distances often meant injuries or sickness. Nuns and monks would care for them, hence the association. Originally 'hospital' meant nothing more than hostel or hostelry, as all came from the same root.

But right at the beginning, the healing stayed with the Pagans.

Big OOPS here Jo, sorry! "However, there was one area in which the Christian priests didn't venture. They were not physical healers." Couldn't be more far from the truth, see http://en.wikipedia.org/wiki/Hospital... Whilst the 'village priest' would normally not be a healer, monks and nuns in monasteries were, not only amongst themselves, but also for the people around them. If you ever visit an old monastery with guided tours / museum you will typically find a herbal garden and an apothecary plus a hospital wing. SY

Witchcraft doesn't usually cover such things, but it can if you add a healthy...

The Meaning Behind Wiccan and Pagan Jewelry

Buying Wiccan or Pagan jewelry means entering a world of symbolism. Are you g... 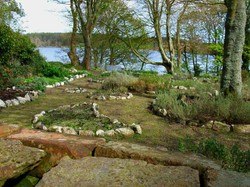 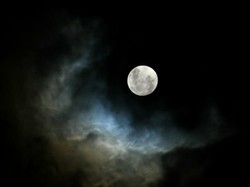 Witchcraft doesn't usually cover such things, but it can if you add a healthy dash of ancient Weatherwaxian lore.
98%  16   7 JoHarrington
Wiccan, Pagan, Druid 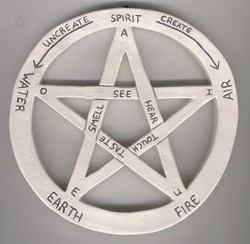 The Meaning Behind Wiccan and Pagan Jewelry

Buying Wiccan or Pagan jewelry means entering a world of symbolism. Are you giving the right message to the witches around you?
Loading ...
Error!