How best do you achieve honesty in your writing? Some might argue that you need to write as if you won't be around to see it published...

Christopher Hitchens is admittedly one of my personal heroes. And on a few levels, I might add. I don't believe in prolonging life artificially, unrealistically or selfishly, and I think death is a natural and normal part of the life cycle, but it saddens me greatly that such a prolific and influential figure as Hitchens died so young.

This is not a post on the great Hitchens, but on a personal writing philosophy that he spoke of, especially towards the end of his life.

Struggling with the Truth

I don't think it matters what your writing style or genre is. Whether you write fiction or non-fiction, poetry or prose, or you're a diarist or columnist, there is one thing that must be present for your writing to resonate with yourself and with others. That is honesty.

What does that mean, and how can 'honesty' be present in fiction? Let me start with a personal experience.

Before I wrote publicly, I was a diarist. I started when I was 17. The period overlapped with some of my more technical, policy- and research-oriented writing. It was enjoyable, necessary, more personal.

I supposed I experienced my first in a handful of serious identity evaluations around the age of 27, and part of that evaluative process was to take a look at the collection of my writings. In my eyes, all I saw were lies. I saw a waste of energy, ink, paper, time. I felt I hadn't been able to be honest - even with myself. If I couldn't write the truth for my own eyes, how could I ever write publicly or even deal with people on a non-superficial level?

I took the pile of papers and books, threw it into the fireplace in the house where I was living at the time, and set the whole damn thing alight. And it occurred to me, as I sat there watching the flames lick at and finally devour a piece of my soul, that I was setting my identity on fire, but that a phoenix-like resurrection might be possible.

I've burned my work twice more in the 14 years since that time.

Why the lies? What might cause us to write not what is in our hearts, but what 'sounds better' on paper or computer screen?

I can think of three strong motivations, and no doubt there are others. I invite comments below from any who have experienced this and/or have theories.

The less we speak, write, and act - and the less we do so honestly - the less we show of our true selves and open ourselves up for self-examination and for outside scrutiny. Some may know what they are hiding and are pretty sure they don't want to have to feel the need to justify themselves. Knowing something about yourself doesn't mean you are okay with it. Keeping it a secret is an avoidance technique. There are others who may either suspect something about themselves or may be, on the surface, completely oblivious, but are aware enough that writing or speaking honestly will produce dissonance and discomfort.

Compromising with Those Who Have Undeserved Power

Taking a stand on an issue can, to some, feel or come across as selfish, snobbish, persecutory or worse. This is not necessarily true - your words, your truth would have to be conveyed in a way to do violence to another in order for that to be true. Nevertheless, some writers feel a need to compromise on what they believe is true in order to conform to politically correct standards. The fear of offending others can do serious damage to promising writing. One question I ask: why is my belief less worthy, less valuable than that of anyone else? Personally, I'd rather read an honest, but controversial, piece of writing than smarmy lies and half-truths aimed at appeasing the easily offended and undeservedly powerful.

Related to, but a little different from the above, is the fear of repercussions as a rationale for dishonesty in writing. Some tone down, alter or even decline to write their truth for fear of losing supporters, fans, or friends. Some writers, especially those writing controversially on the topics of religion or politics, for example, may face real threats from radicals and the insane. And of course, truth can potentially affect future work with conservative publishers or media outlets.

What is most important ultimately, is deciding why you're a writer, what your purpose is, and how you want that to manifest. Is it more important to be true to yourself or to get along with everyone? Personally, I believe if you can't say what you think, there is no point to speaking (or writing) at all.

I'll end with the credo put forth by Christopher Hitchens (and no doubt by others before him) in my own words.

You can focus best and be most honest with yourself if you write as if you won't live to see the publication of your work. It removes the hesitation about and the worry associated with how your work will be received. Criticism, sometimes scathing, will be there regardless. So write as if no one is reading.

Oh yes, I absolutely agree with that. Writing to heal, evolve, develop, emerge. Looking back, I'd like to think that my process of burning my writing was a (long) process of self-discovery.

How do you feel about your own writing and the process you've been through? Did you feel you could write honestly from the start, or was a journey of truth-finding?

From Casual Writer to Professional Writer

The transition from occasional writer to one who is serious about making it a...

The Good Villager on Wizzley

The Good Villager writes in a few different places when not teaching postgrad... 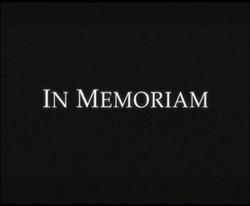 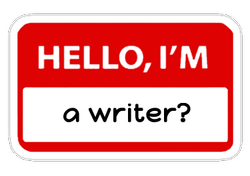 From Casual Writer to Professional Writer

The transition from occasional writer to one who is serious about making it a career involves more than just printing business cards.
32%  4   3 thegoodvillager
Wizzographies 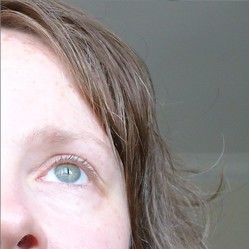 The Good Villager on Wizzley

The Good Villager writes in a few different places when not teaching postgraduate students in southern China.
Loading ...
Error!