God or The Queen: Your Choice

What would you do if your employer gave you a forced choice scenario?

The first job I had after I left graduate school was a little different than most of my previous employment. For one, it was a government job - the Government of British Columbia in Canada, to be exact. The seven previous years' worth of employment consisted of teaching and research positions within universities or with academic professionals in the US and Canada. Secondly, I was faced with a completely different world and a completely different set of expectations, beliefs and values that I was expected to conform to. It was a shock to my educated, scientific, and objectively trained mind, and it didn't go down easily.

You Want Me to What?

Most of the process of getting hired by government was fairly standard. Until I got to my first day. Before you actually get to sit down at your desk and start work on a real project, you need to fill out forms, sign things, figure out how you're going to get paid - basically, you must deal with the strange little machine we call Human Resources. And it was at this point that I was thrown my first curve ball. 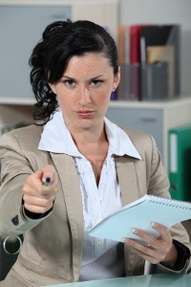 HR lady sat behind her desk, and I sat in the chair facing her desk, and she informed me that I was going to have to swear an oath of secrecy. I can't remember if they officially called it an "Oath of Secrecy", specifically, but it was called an oath. And the point of it was this: I had to promise not to publicly divulge the contents of my work while I was working for the government and up to a few years after leaving. Okay, fine. Whatever. I didn't really have a problem with that. I'd worked with sensitive FBI data before, so I knew what discretion and professional ethics were. At the time, I didn't have a lot of experience with nor had I done a lot of thinking about human rights abuses, so I wasn't of a mind to pose 'what if' scenarios to Ms. HR.

To proceed with the oath-making, I had to swear. It wasn't a court-room drama scenario that we usually see on TV. Swearing an oath could be done by simply signing your name on a written statement.

I had to swear to either God or Her Majesty, Elizabeth the Second. It was my 'choice'.

Some choice. I must have sat there stunned for a moment or two. I'd never been asked to do something like that before. I was an atheist. No god existed in my mind or life, nor was it necessary or even rational for that matter. I was also Canadian and a non-royalist - the Queen, despite sort of having a pretend-seeming, figurehead role in our country, really doesn't do anything to or for us. There are those - usually old people and those of British heritage - who feel some kind of connection with the Queen, but most of us don't care that much. So I was faced with what, to me, was a really strange situation.

I knew I needed to respond, and I did the only thing I felt I could do. I responded, "Well, I suppose I will have to choose the Queen because at least she is a real person." How could I swear to an imaginary being? The woman may as well have asked me to bow down to Jack, from Jack and the Beanstalk.

And so I compromised my beliefs for my first non-academic job in Canada.

What would have happened if I had refused to swear to either of these ridiculous personages? I was young at the time - 27 - I wasn't naive, but I also didn't do a lot of the boat-rocking that I do much more of now. I needed a job badly, and I felt that not signing an oath would mean that I would be denied employment. If I were in that same situation now, I would have done something different. The requirement, in my opinion, was discriminatory, and I think you can provide a legally-binding, non-disclosure agreement without having to make strange and offensive requests of people.

Poll: Have you ever been forced to compromise your beliefs at work?

Forcing people to go against their conscience infringes dignity. I believe in God. but I assure you that I don't want to infringe the dignity of conscience of anyone, be they theist of any persuasion or atheist.

I think when we get into the realm of forcing people to do things they don't believe in, we can no longer talk about ethics, morality, or accountability. By 'force', I mean deny people jobs, homes, a place in society, basic human rights, etc. if they don't bend to the will of the employer/system.

If I had said to that employer, "I am an atheist and I don't serve the Queen." I would have been denied a very badly needed job and would be living on the streets in poverty. I was forced to lie to survive. Who is worse? The person who tells an unimportant lie to survive, or the person/system that forces people to lie to survive? I say the latter. My lie didn't affect my job performance as my commitment to the job had more to do with my greater system of ethics than fear of punishment / lust for reward from a mythical being or distant political entity.

One must also wonder... Were I to swear to god or queen, believing in nor revering neither, would my oath then be a lie? As such, would I then not be held accountable to its utterance?

I'm completely with you on believing in what you swear to uphold/protect/honour with regard to the substance of the job and the information you become privy to. An employer should feel confident that her employees respect their responsibilities. Such an excellent point. Thank you!

I do wish religion were kept out of the workplace and public policy, however, as it is discriminatory and offensive to many, many people for several different reasons. Personal beliefs and feelings aren't universal reality or fact, so they belong at home or at extracurricular group meetings. I think oaths can be sworn without calling upon any kind of authority, real or imagined. Any intelligent person can take their promises seriously (I hope!!!)

Interesting choices! I would have chosen to swear to God, but then I'm a Christian. However, if I weren't, I think I'd have made the choice you did. I don't think this is one of those situations where I'd feel the need to plant my feet and take a stand, but I do believe in taking a stand in the workplace and each person is different in when they would feel the need to do so. In this case, it would matter not to me whether I solidified my oath to God or to the Queen, just important that I believe what I am swearing to, not to whom.

Interesting point - court proceedings are likely quite a bit more common than any kind of job-related oath-swearing. I wonder what non-believers do. I think the thought has occurred to me before, but I've never known anyone of non-faith who has had to appear in court, and I never ended up pursuing an answer to the question.

I like the idea of an appeal to a rational, universal set of ethics when making promises/oaths, etc.

I suppose if you were called to testify to a court of law you would need to do take an oath to God / Bible or whatever (don't know if that's the case in Canada though). The question that arises is of course, what that oath means to someone who isn't a believer? Anyway, govermental or not, the incident you describe is really strange. Even if you had access to sensitive information as a pert of your job I think that an 'oath' to your proffesional integrity would suffice.

Conspiracy theories, cults and religions are all very similar because they pr...

Why do we still have faith schools in the UK. This system divides communities... 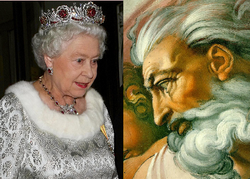 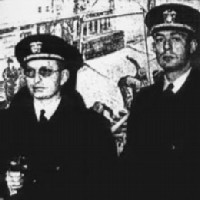 Conspiracy theories, cults and religions are all very similar because they present information that cannot be confirmed and ask you to believe it.
48%  7   4 TerriRexson
Practical Atheism 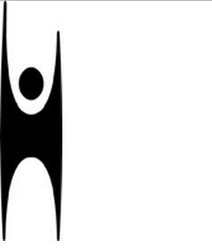 Why do we still have faith schools in the UK. This system divides communities and encourages parents to pretend to be religious to get their children into the best schools.
Loading ...
Error!