Can one ever get tired of Freud and Jung? Not if you add Sabina Spielrein to the mix!

I had the pleasure of watching this fantastic flick in the psychologically best of places: a cosy repertory theatre in Northern California with my Jung-loving friend whom I hadn't seen in about 3 years.

Yes, the time was ripe, and I had little idea of what to expect as I stood in line for tickets. I don't usually choose to watch (or not watch) films based on what people say. I've been a pick-a-movie-at-random-off-the-shelf kinda gal since I was quite young, and usually, I just like to head into a viewing with no more information than knowing it's not a dreaded horror flick. Encore-worthy or dud, I like a bit of a surprise.

I'll admit up front that while I didn't really know what to expect of the film, hearing that it was about the relationship between two of the biggies in the psychoanalysis world piqued my interest. I grew up in a psychological household. I was sitting in on university psych classes as early as 12 years of age, and when I finally did officially go to university, that was my primary area of study.

Not that this particular bias influenced my thoughts about the film and the acting, but I felt a little more invested in paying attention than I might with other films. One might argue that my background might make me more critical...

Who was Sabina Spielrein???

Not to get all Freudian, but history, including the history of psychology, is all about the penises. I formally studied psychology for seven years, and not once was Sabina mentioned as a prominent psychoanalyst (and one of the first of the non-penis variety...), and a strong influence on other prominent big names in psychology. Women are frequently and undeservedly left out of the telling in most fields of study, and that needs to change.

So, let's talk about Sabina here briefly. After all, she is the striking centrepiece of A Dangerous Method. 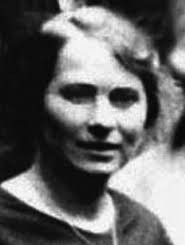 If you rely solely upon the portrayal of Sabina in the film, you'll leave with the distinct impression that she was both disturbed and a seductress. Neither were true by modern standards. The film's dramatic depiction of her hospitalization leaves the viewer with the impression that sexual deviation was at the core of Sabina's 'neurosis'. In reality, she had suffered a lifetime of trauma - from an incredibly strict household (her mother delivered frequent beatings, which we don't hear about in the film), a childhood of illness, the death of her sister1 - and coupled with a delicate and emotional disposition, left her with something akin to PTSD.

Sabina was also an intellectual who influenced a great number of people within her profession. Her major contributions centred on the idea that sex was both a destructive and creative drive - through destruction of the ego through sex, came a new entity. This theory strongly influenced the work of both Freud and Jung.

Sabina was initially a patient of Jung's, but she went on to study psychiatry - Jung was her mentor and advisor - and she eventually decided to focus on child psychiatry. Following her training, she returned to her home country of Russia. Jewish, she and her children were executed by the Nazis in 1942. (A more detailed account of Sabina's life can be found at the Jewish Women's Archive - reference below.)

Keira Knightley. Let's be glad that she didn't decide to opt out of the film because of the sex scenes because she stole the show with her intense and believable performance. I'd overheard some talk in line for the show about doubts that she could carry the weight of the role. Wasted energy. Keira was and is a powerhouse capable of a great deal of diversity and depth despite her young age.

Viggo Mortensen. When I saw his name on the billboard, I wondered whether I'd be able to keep Lord of the Rings out of my head as I waited for Freud to, um, whip out his sword. And, in fact, he managed a quite respectable rendition of the Father of Psychoanalysis.

Michael Fassbender. I spent the entire film thinking he looked familiar and reminding myself that he wasn't Ewan McGregor. There is just something similar about them... Nevertheless, Michael managed a very well done restraint and sexual repression even during Jung's greatest moments of release and passion.

Main and supporting cast for this film was strong, and performances were believable. For history and psychology buffs, there were a few delightful glimpses of equipment and materials used in both psychological testing and therapy. And of course, as mentioned above, paying a little homage to one of the many neglected female intellectuals and academics was appreciated.

I felt there was some impression left that Sabina was portrayed to be held partially responsible for the break between Freud and Jung, and that isn't the case at all. I was also disappointed that the film required partial nudity of Kiera. It wasn't necessary, and added nothing to the film. I don't have anything against nudity and it does have its place. I just get a little tired of it being required of actresses in order to secure a role or show 'acting ability'. Tickets still sell if the film is a good one.

Glad you enjoyed the film! It did have merits, indeed. I've watched it a couple of times, so I must have enjoyed it :) And I'll probably watch it again at some point. I suppose when I evaluate parts of films that I think exploit women/actresses, I ask myself whether the film would have had the same impact without the scenes/elements in question. I think the answer is almost always, yes - same impact, just needless exploitation aimed at men, which I have never understood. Only a complete neanderthal would choose to not watch a film because there is no female nudity in it.

Interesting notes. I loved this film, too, and enjoyed your comments. I agree that they sort of twisted the history around the sex vein, but still, it was a good way to put together this film.

I should probably change my profile pic ;)

Absolutely - I now know more about this Sabina character after checking out more scholarly coverage of her - thanks to this film. Seven years of university in psychology, and she wasn't mentioned once. Freud made it into almost every single class I took as an undergrad, however. Priorities, priorities...

Period costume - I once gave a presentation in my History of Psychology class dressed as Sir Francis Galton. Any excuse to wear a cravat... ;)

Kinsey - I saw it, but didn't think much of it.

I certainly hope people aren't watching 90-minute films and considering themselves educated on a topic. Part of its entertainment for me is seeing what parts of history (in the cases where screenplays are based on real people and events, and in this case on a book written about real people and events) are considered interpretable and watchable given the limitations of the art form.

I spent some time thinking about the nudity thing, and after removing my subjective and knee-jerk feminist reaction and removing consideration that sex was the undercurrent for the research and practice of all three of these figures, my argument is that, in film, so much has been done more than adequately in past, more prudish times without the need of nudity (or graphic violence, etc). I wish they'd kept it out, even if it was limited.

I'm neither pro-Freud nor pro-Jung, but I'm interested in history, and how these two figures sparked more progressive thinking (as well as further damage). I also recently watched a documentary on Freud's nephew, Bernays, and his shenanigans in the US. Frightening sociopath, propagandist.

Glad you came to a decision ;) 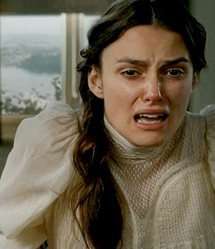