Ancient Yule Decorations and What They Mean

The Yule holiday is much older than our Christmas. It goes back to ancient times when Odin led the wild hunt in the sky. Here are some decorations to celebrate this time of year.

Yule was once a month long celebration of the Solstice. There was the Wild Hunt, the Yule Goat, the Yule log and the Yule Boar.
The wild hunt was a northern European legend of spirits riding to the hunt. It was not a time a person would want to be about. They could be snatched by the horde or their soul sucked out of their bodies. It was best to stay indoors.
The Yule boar was originally sacrificed as a tribute to Freyr, the god who rides a wild boar, and the origin of our modern tradition of a Christmas ham.

The Yule goat goes back to a time when magic was afoot. Originally it was the goat that was slaughtered for the feast, but came to be symbolized by a goat made of straw.

It was sometimes an invisible creature that would appear to make sure the preparations for the holidays were being carried out properly. Goats also pulled Thor’s chariot. When Thor slaughtered his goats to feed himself and his guests, he restored them to life the next day with the aid of his hammer.

An old version of Santa shows him riding on a goat as he makes his rounds with gifts.

The tradition of the Yule log was once one of burning the largest log possible, sometimes an entire tree, during the Solstice celebrations. In some countries, it was supposed to burn for the 12 nights of Christmas. It gradually became also a log-shaped cake as well as actual logs.

For those who don't have a fireplace to burn Yule logs, There is a DVD for your big screen to play a warm, crackling fire for your cozy evenings or festive parties.

The ancient sun-god Balder was killed by blind god, Höder with the aid of the jealous god Loki with mistletoe. Loki knew that nothing would harm Balder except mistletoe. He persuaded Höder to put the arrow in his bow and he guided the blind god’s arm to aim at Balder.  The shaft struck Balder and killed him. The assembled gods would have killed Höder but the event occurred at the time of peace and goodwill to all men.

The use of holly, laurel, mistletoe, and other greens by the Druids became a tradition to provide shelter for the fairies.

Pagans in parts of the world venerated trees and left offerings for them. The first recorded instance of a Christmas tree was in the early renaissance. The tree was decorated with sweets, fruits and nuts for the children to enjoy. Later, candles, paper flowers, electric lights and other ornaments were added.

I've made some ornaments to celebrate the history of Yule. Santas over time were tall and thin or elf-like. Some were even rather scary.  In 1931 Coca Cola published ads with our modern Santa who became a jolly figure in a red suit

I hope you'll stop by my Zazzle store and see what's new. I'm creating ornaments, greeting cards and all sorts of gifts you might like for any season.

More About Art by Ragtimelil

Cheap Twills Showcase
Some of my hand made crafts 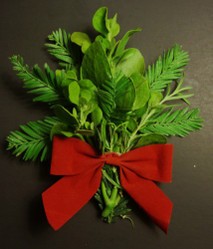 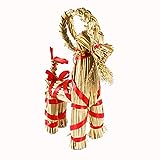 Winter brings its own beauty, along with its own difficulties for those who want to enjoy the outdoors. Here are some great gifts for the active person.
100%  14   13 katiem2
Christmas Traditions