Genealogy and the 1940 United States Census

On April 1st 1940, a census was taken in the USA. Those records are now available for those researching their family tree.

There is nothing more exciting to a family historian than the release of a new census. For those with ancestors in America, then April 2nd 2012 was such a red letter day.

This was the date when the US Census of 1940 was placed into the public domain. If your family tree had branches in the States back then, it will provide a snap-shot of their household on that night.

Amongst the details awaiting your keen eye are names, ages, locations, salaries and, so vital to a genealogist, their place of residence not only on April 1st 1940, but also five years previously! So let's jump back to 1940 and see what there is to discover.

Buy this edition of the Decades of American History series to gain an insight into the lives of your family over 70 years ago.

It was a time of hope and a collective sigh of relief. The struggles of the Great Depression were finally fading. 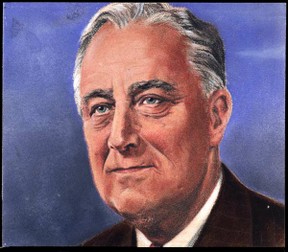 President Franklin D. Roosevelt was in the White House on April 1st 1940. Later in the year, he would become the first person to serve for three successive terms in that office.

There was war in Europe, but no-one seriously believed that it would affect the USA. Germany hadn't yet invaded France. Unbeknown to those filling in the census, Hitler was poised to cross the borders into Denmark and Norway. Nevertheless, President Roosevelt assured Americans that he would not take them into 'foreign wars'.

The future looked so rosy to the average American. The high unemployment and poverty stricken days of the Great Depression still cast a long shadow, but it was starting to recede. The rains had come back and crops were growing high.

During the previous month, Gone With the Wind had won ten Academy Awards - the first movie to be awarded more than five. In the theaters right now was John Ford's film adaption of John Steinbeck's Grapes of Wrath. Cary Grant and Rosalind Russell were starring in His Girl Friday. Thrill-seekers were much more likely to be settling down in front of The Invisible Man Returns; while the children were desperate to see Disney's Pinnochio.

CBS had premiered its radio quiz show Truth or Consequences. Over on Broadway, NYC, Benjamin Glazer had adapted Ernest Hemingway's The Fifth Column. It opened to the public on March 26th 1940.

In sport, Ray Steele was the new wrestling champion, while Joe Louis reigned supreme in boxing. Two days before the census, Indiana University had beaten Kansas in basketball.

As for music, Artie Shaw had just recorded 'Frenesi'. Everyone was swinging to Glenn Miller, Bing Crosby, Jimmy and Tommy Dorsey, the Andrews Sisters, Billie Holiday, Ella Fitzgerald and The Ink Spots.

A documentary, commissioned by Dodge, to celebrate the USA in the early 1940s.

Learn more about the world in which your grandparents or great-grandparents lived and breathed. It will make those census records come to life!

How Can the 1940 US Census Help with your Family History? 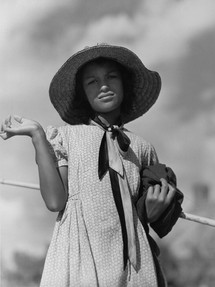 Each entry provides a snapshot view of the household in which it was completed. This includes the homes of our ancestors. A clerk went into them and asked exactly the questions which the family historian wishes to ask now.

Imagine now being able to step out of a time machine and knock on the door of your great-grandparents. How much easier would your genealogy be, if you could just count the children and ask all of the adults where they were born?

This is exactly what the census does for you. That clerk did precisely that and asked a lot more besides.

What is a Census?
When exploring your family tree, censuses can act like a fast-track through the 19th century. Understanding them is vital for your genealogy.

What Information is Available in the 1940 American Census?

A lot of data! Not just about 1940, but stretching back through whole lifetimes too. 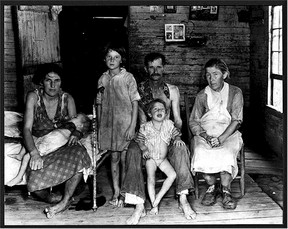 The most exciting thing to me about the 1940 US Census is that question about 1935. The clerk asked where each individual lived five years previously; and whether that was on a farm. They were collecting data about the Great Depression!

Within the last decade the demographic of the USA had altered beyond all recognition, hence this census being used to chart all of that movement.

For the family historian, this allows you a glimpse into the same journey. How did your own ancestors cope with all of that turmoil?  Where did they come from? Where did they pause? Where are they now? The 1940 census will answer all of these questions.

Also on offer for your family tree is the usual information. You will learn where your family lived and if their homes were owned or rented. Moreover, you will know that house's value or how much rent was being paid. The emphasis again was on whether this was a farm. The crops were recovering and people were starving. The government needed to know where the supply was now!

For individuals, we will learn their full names, ages, sex, race, nationality at birth, marital status and whether they have attended a school. Educational attainment was a separate question. Had the national schooling levels slumped in the past decade, amidst all of the displacement, or not?

If people were working now, then what was their employment and was it dependent upon government subsidies? A lot of emergency labor had been made available in the 1930s, it was important to know how much workforce stability still relied upon it.

Finally salaries are discussed. For the 1940s US government, this was an indication of the next decade's economic prosperity. For the family historian, it shows how much your family had to live on in April 1940.

Immerse yourself in the world of theater, books, music and dancing enjoyed by your family in 1940.

This census was released by the US National Archives on April 2nd 2012.

Official US Census Website
This is the data as provided directly from the US National Archives. It received over 37 million hits on the morning of opening and crashed the server!

FamilySearch.org - 1940 Census
It's all there, but volunteers are currently working hard to get it all indexed for easy searching. Some states (like Oregon) are almost completely done; others (like New Jersey) need to be trawled through.

Ancestry.com - 1940 Census
The indexing is already taking place here, though I believe that trained genealogists are doing it. Delaware and Nevada are already complete. The rest will follow suit.

Nice one! Please let us know if you find out anything interesting from them.

I have to admit that I'm so jealous of how early you're able to get the census in the US. It's 100 years here, so we only have 1911. We can look up people who next year will be boarding the Titanic, but nothing later than that.

Thanks for this information, Jo.