A Brief History Of Meditation

Have you ever wondered where did it all start, what is the history of meditation?

During my conversation with people interested in learning to meditate, I've noticed that most people placed its history in ancient India. While they were close in their assumption, they were not 'quite right'.

So let's see more about the history of meditation, its origin and how it came to become what it is rigtht now in our Western world.

Meditation In The Shamanic Hunter-Gatherer Cultures

Did you know that meditation is actually much older and it has been practiced earlier than people in ancient India? Shamans have been using it successfully in ancient tribal times, which makes this practice approximately 15,000 years old.

In the old times of the hunter-gatherer cultures, shamans have been using it while sitting around the fire to enter a state of trance by using drumming, chanting and dancing to have what we call now out of body experiences, or journeys to the other world.

By making these journeys (many times also helped by various hallucinogenic herbs and plants), they were bringing back to their tribes the ability to heal their various ailments, gained wisdom and blessing from the spirits.

While this is not the meditation type that we are used to, it is considered the starting point of the history of meditation as it does put a person in an altered state of consciousness which, afterall, is achieved through traditional meditation just the same.

Practical Meditation: A History, and How To

Meditation in the East

The meditation that we are mostly used to, if not by practicing, at least by hearing about it, has its roots in India, and it's 5000 years old. This is where the wise yogis were practicing it based on the Vedas, which are the first Indian scriptures found.

The Hindu tradition said that the Vedas were not conceived by humans, because they have been revealed to them during deep meditation.

The more advanced forms of Vedas are the Tantras, which are a known to be a later development within Hinduism, along with Buddhism and Yoga. However various Hindu schools also say that the Tantric teachings are as ancient in the history of meditation as the Veda itself.

Yoga meditation in its classical form speaks about completely withdrawing from the material world to merge instead with the higher consciousness.

Yogis were using the asanas (the yoga positions) to prepare the body, after which they were removing any distractions from the external world while focusing on a particular mantra to achieve a state of consciousness called Samsadhi.

This was the state where the yogi would merge with the consciousness and completely separate from the material world.

Buddha is the biggest name associated with meditation in the past as well as today, and the Buddhist meditation is maybe the best known technique even today. His teachings have become popular in the Eastern world, however eventually each country adopted their own meditation techniques of practice.

Buddha started out with yoga as well, but eventually he came to the conclusion that simply rejecting the material world entirely is not the way to find full understanding and enlightenment.

So he changed his way of meditation by simply sitting under a tree and focusing on his mind. This allowed him to enter a deep state of meditation that lasted for several days and nights.

When he woke up, he knew, he understood the nature of existence. This is why he is called Buddha, which means 'the awakened one'.

By eliminating fear, worry, anger and other negative thoughts from our mind, we are learning to become truly happy and spiritual in nature.

While this practice has taken a specific format in various countries, the general idea of meditation does draw its roots from the teachings of Buddha.

Continuing the history of meditation journey, it also spread in the Middle East starting various sects such as the famous Sufi, the Sunni, Shiah and Baha'i. In Judaism, it started with Abraham, who is the founder of Judaism. It is also found in the old testament.

Modern Meditation in the Western World

Meditation took several thousands of years to spread to our Western society. It really became first popular in the 1960-1970s when it has been embraced by professors and various researchers who, after several tests and careful research, have started to understand the health benefits of practicing meditation on a regular basis.

It is interesting to note that its various aspects focusing on the metaphyisical existed in the US and Europe before the 1960s, which makes it an integral part of the history of meditation.

The Master Key System by Charles Haanel was a set of teachings that was emphasizing the need to eliminate religion so that the person can become self-actualized all on his own, without the need of a middle-man to bring us closer to the divine and the universe.

This made this document quite controversial in a time when religion had quite a strong influence in the society.

Learn More About Meditation With These Pages

Why Meditate? A Look At Meditation
Meditation is one of the best ways to relieve stress today. A look at meditation can easily confirm this. Have you noticed that more and more people are meditating than ever?

Japa Meditation - Using Mantras In Meditation
Japa meditation is considered even today one of the most effective meditation techniques used to eliminate stress from your life.

Learning How To Meditate To Relax
If you want to learn how to meditate to relax, you've come to the right place. Meditation for relaxation is a great way to combat stress and relax the mind and body.

Learning To Meditate Is Easy
If anyone told you that learning to meditate is hard and you need to either have some special talents, or infinite patience to learn it, they are very wrong!
Updated: 05/15/2013, marciag
Thank you! Would you like to post a comment now?
3

Do You Have A Favorite Meditation Technique That You Follow?

How To Release Tension Through Meditation

Knowing how to release tension before meditation through exercises helps achi...

While art therapy for stress relief has been practiced since ancient times, i...

Remote viewing is a form of psychic ability that anyone can learn with practi... 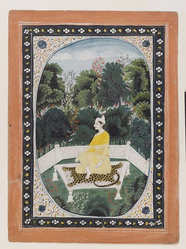 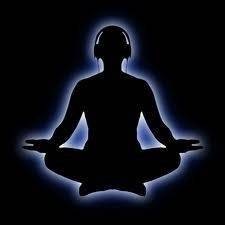 How To Release Tension Through Meditation

Knowing how to release tension before meditation through exercises helps achieve a successful meditation session, as it allows you to get deep into a meditative trance faster.
20%  2   2 marciag
Stress Management 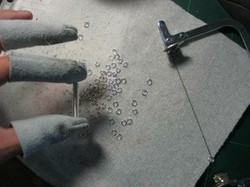 While art therapy for stress relief has been practiced since ancient times, it has recently been recognized in medical and scientifical fields for great results in lowering stress.
23%  3   2 marciag
Psychic Readings Remote viewing is a form of psychic ability that anyone can learn with practice, even if you've never had any psychic skills before. It can be developed by following a few steps.
Loading ...
Error!