Let's have a chat about conspiracy theories and why they exist. We should always question what people tell us. It's how we gain greater understanding.

The Simpson's showed us images of the US government listening to everyone. They did this well before we found out about the NSA, PRISM, Five Eyes and related matters.

Yet nobody would have said that the Simpson's were proposing a conspiracy theory, but they were. It was how it was proposed that got past our filters. Instead of a serious denouncement of this evil government action. The Simpsons had the Govt. spying as incidental back-story, just an assumed part of everyday living in the USA.

I can't promise the humour of the Simpsons, but I can promise a casual stroll rather than a frenetic proselytizing in your ears.

So let's have a chat about conspiracy theories, just us two, and the NSA.

A seahorse of imagination.

The hippocampus is part of our brain that deals with things like spatial movement, prediction and imagination.  Long term London cabbies that passed The Knowledge test and worked for some years as a cabbie have enlargement of the hippocampus.

The better able we are to imagine, the more likely we are to find the best solution to a problem.

We are predisposed to imagine.  We are designed to.

Here is the root of conspiracy theories.  We use our imaginations to find alternate paths.

Correspondingly people in positions of power like to guarantee that power with secrecy.  Usually describing that secrecy as being for our safety.  Which it very well may be, we will never know.

Faced with that wall of secrecy, we like to imagine what's behind, over the wall, in that secret garden.

There are a few things we can do to ensure our conspiracy theory has a reasonable foundation.

We can use Means, Motive and Opportunity.

That's the main point done, we will always have alternate theories, we are designed that way.

Et tu Brute.  The immortal words of a mortal man struck down by his friends.  And his closest friend, and possibly even his son, Brutus.

The words echo into the future of how Brutus dies.  Suicide, after being declared a murderer and losing his army in battle.

"Sic Semper Tyrannis"  was attributed to Brutus as he killed Caesar.  Which roughly translates as "This always for Tyrants."   One point of dispute with Caesar being that Caesar had been declared dictator for life.

John Wilkes Booth was inspired by this conspirator.   With much the same result.  He killed Abraham Lincoln and then fled, writing later with an almost puzzled tone that people did not appreciate what he had done.  He and eight other conspirators were either killed or captured shortly after the assassination of Lincoln.

And here are the seeds for security paranoia in the protection of the US president.

Here begins the attempt to prevent conspiracies by conspiring in secret.

The fruit of that conspiracy is what Snowden revealed.  PRISM, Five Eyes, the bugging of the United Nations and nations friendly to the US.  The 100% coverage of all US citizens when it comes to telephonic or internet communication.

The Simpsons predicted it.  In an effort to counter conspiracies a greater conspiracy was born.

Francis Walshingham, a famous conspirator against conspirators.  He was the spy master for Queen Elizabeth I.  Successfully protecting the Protestant queen against a Catholic uprising and obliquely conspiring against the Queen's own wishes against Mary Queen of Scots being killed.

He is an approved conspirator, we have a few.  It depends what side of history we are on, and what side the conspirator is.

Walshingham was driven by the fear that what he had seen in France would occur again in England if Catholics successfully overthrew Protestant rule.   The usual murder and mayhem in other words, in order to prevent that, he plotted murder.  Legal murder but murder still the same.

Let's turn to a fictional descendant of Walshingham.

He is licensed to kill.  He is a murderer of those who are given a token bad guy role, usually they conspire against the greater good.  And then Bond kills them all, violently.

We cheer the deaths on, just as the beheadings in ye olde England were cheered on.

We breathe as one with Bond.  Holding our breath at all the fast action, and not really taking a calm deep breath to think about what we do.

James Bond is a government employee.  He is a grunt, just like us.

Are the Bond movies a conspiracy to get us used to governments solving problems with government violence?

The sex and violence selling a subterranean message.  If so we can look at movies such as The Bourne Identity, the Die Hard movies, anything by stars such as Stallone and Schwarzenegger, in a similar vein.

They are usually given a veneer of rebellion, but at their core they are unquestioning soldiers.  They are soldiers and policemen usually.  Who rebel just enough to look cool to viewers.

Schwarzenegger went on to become Governor of California.

Our imaginations and emotions are powerful.  A man of pure fictions that appeals to emotions can obtain real power.

Intelligence and insight have virtually nothing to do with it.  That's not a dig at the Governator, that works for others in the US government as well.

Here is another example...

"Wind is God’s way of balancing heat. Wind is the way you shift heat from areas where it’s hotter to areas where it’s cooler. That’s what wind is. Wouldn’t it be ironic if in the interest of global warming we mandated massive switches to energy, which is a finite resource, which slows the winds down, which causes the temperature to go up? Now, I’m not saying that’s going to happen, Mr. Chairman, but that is definitely something on the massive scale. I mean, it does make some sense. You stop something, you can’t transfer that heat, and the heat goes up. It’s just something to think about."

And of course Joe is not alone, ex-President George Bush has his stupidest quotes too.

Is this what the most powerful country in the world has become?

Or is the real power hidden from view, out of reach of the stupid.

Out of reach of us.  We are given out bread and circuses, our Bonds and Schwarzeneggers.

My own theory is that the Government is what it is, no conspiracy there, we voted them in out of the limited choices we had.  The real worry is that stupid people may more easily fall for stupid things.

Like thinking that shooting bad guys will work as it does in the Bond movies.

Here are some issues that inspire conspiracy theories...

9-11 being a larger conspiracy.  Owner of towers paid $4bill insurance.  Tried for $8billion.

Death of hacker Barnaby Jack, able to stop pacemakers from 30 feet away.  Died a week before a talk to explain how.

More are here on wiki...

Gets depressing doesn't it?

It's because we are mostly wired to be optimistic, to be positive.  Optimistic people tend to be healthier.

I don't enjoy leafing through plausible or implausible negativity.  I would rather be happy.  Which is why I find this topic difficult to address.  Why do we have this Schadenfreude of other negative possibles?

It's because our imagination leads us there, but I can fully understand why we turn away from options that don't show us in a good light.  If our leaders are lousy with evil, we don't show up that well either.

Think I might go distract myself with a Mel Gibson movie, it's called "Conspiracy Theory" an admirable hatchet job on conspiracy theories.  Make people discount all theories by associating conspiracy theory with nut jobs.

The movie has Mel as a nutter who believes hundreds of conspiracy theories, and then gets into trouble when he finds a real one.  Mel Gibson in real life goes on to have all sorts of problems, but at least with movies we know everything is fake.  Real life we are never quite sure of how truthful others are.  So we create truths about them.

We always will have conspiracies.

Yet we always find a Manning or a Snowden who lights up the darkness and shows the rest of the cinema audience what is going on.

Which is quite disturbing, we tend to like to eat popcorn in the dark and watch the latest movie.

We don't really want to star in an action thriller with real bullets.

Snowden knew he could die, and yet he went ahead and threw his life in the toilet, because living as part of a conspiracy was worse for him.

We don't have to be Snowden.  All we have to do is ask one question.

Doesn't even matter what the question is.

If your government wants you to do something, just ask a question about it.

That's the happy ending, a compromise.

Our governments still get to keep their secrets, but at least they have to work at it.

A way people have found to fight back. Comedy news sites. 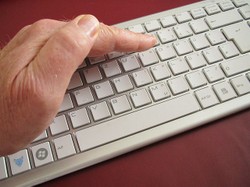 Help save the bees by creating a BUZZ about how GMO crops and pesticides are killing bee colonies across the globe.
95%  38   8 JoHarrington
Activism