Singer and songwriter Andrew Gold, best known for hit songs such as Lonely Boy and Thank You For Being A Friend in the 1970s, has passed away at the age of 59.

The Passing of Andrew Gold

Being something of a 1970s music fan, it was sad to learn that the talented musician, songwriter and vocalist, Andrew Gold, had died at the young age of 59.

He passed away June 3, 2011 and leaves behind him a legacy of musical contributions, of which many are not immediately apparent to the casual listener of popular music.

He was not only the writer and singer of several of his own big hit records, but was also involved with many other well-known musical acts, either as a writer, musician or band member.

Linda Ronstadt: You're No Good

Andrew Gold started out recording with a group named Bryndle, but without much success it soon disbanded. He went on to provide session work for many big name artists of the 1970s, including country singer Linda Ronstadt.

Session work is probably an understatement as he arranged instrumentation on several of Ronstadt's albums, including her first platinum seller called Heart Like A Wheel. His guitar work is evident here on an edition of Midnight Special for the US #1 hit You're No Good, forming part of Linda Ronstadt's band for four years from 1973.

There were three songs of his that I remember well from my youth, beginning with the wonderful Lonely Boy from 1977. It was a sizeable hit in the US and the UK, reaching the Top Twenty in both countries.

This was followed by the memorable How Can This Be Love? It was another hit in the UK, with a catchy chorus, but which unusually does not have a video available to share. However, as luck would have it, you can listen to it here: http://grooveshark.com/s/How+Can+This+Be+Love/3qyioA?src=5.

His last major hit (in the UK, at least) was the romantic Never Let Her Slip Away from 1978. Not much of a success in his homeland, the song nevertheless became his biggest seller across the Atlantic, where it reached a top position of #5 on the British music charts. The full version of the original recording can be heard here: http://grooveshark.com/s/Never+Let+Her+Slip+Away/1kvkHK?src=5

Andrew Gold: Thank You For Being A Friend

One of Andrew Gold's best known songs (at least in the United States) is his Top 40 hit from 1978 called Thank You For Being A Friend.

Although recorded by Gold in his own right, it is probably best remembered sung by Cynthia Fee for its use as the theme song to the 1980s American television comedy show, The Golden Girls.

Gold's interpretation can be heard in the video below, while his similarly titled Greatest Hits collection is available for download. It includes his best known recordings, along with many fabulous album cuts.

Apart from Linda Ronstadt, Gold was associated with many other musical acts throughout his career. Either on record or playing live, he collaborated with such names as The Eagles, Art Garfunkel, Cher, James Taylor and Jackson Browne to name just a few.

Having also worked with British band 10cc, Andrew Gold went on to form Wax in partnership with former 10cc member, Graham Gouldman. The duo enjoyed some success throughout the mid to late 1980s, especially with the songs Right Between the Eyes and the UK Top 20 hit Bridge to Your Heart, included on the albums Magnetic Heaven and American English.

His work continued with compostions for both the movies and television, including the title song to the American comedy Mad About You.

But it will probably be those magical moments from the 1970s for which Andrew Gold will be best remembered.

Do you remember Andrew Gold? Your comments are welcomed!

I've never heard about him, but I love to learn new stuff.:) Thank you for sharind.

I don't remember Andrew Golf, but this is a great tribute.

I do not remember him but this is terrific tribute. 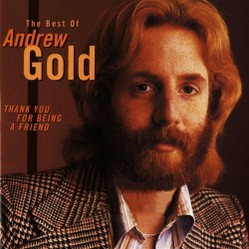 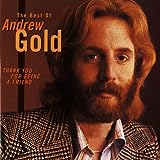