Are the Vedas the oldest books in the world?

What are the most ancient surviving texts known? The Vedas are thought to be the oldest books.

In order to find out what happened in the very distant past we need to look at what written records there are that have survived and been discovered. The Vedas are thought to be the most ancient writings. The Gilgamesh Epic from Mesopotamia is another contender for being the most ancient surviving texts we know of.

The Vedas are believed to be the oldest surviving texts

The question has been asked as to what the oldest books in the world are. I have heard that the Vedas on which the Hindu religion is based are the oldest surviving texts in the world.

I found this information out many years back when I was a member of the Church of Scientology, and I remember that L Ron Hubbard says somewhere in his work that he acknowledges and credits the Vedas as the source of a great deal of his inspiration, as well as pointing out that they are the oldest books of knowledge we have.

The Sanskrit word véda, which means "knowledge" or "wisdom," is derived from the root vid- "to know," and likewise Scientology is defined as coming from the Latin verb Scire ("to know"), and is said to be an aim at total knowledge.

The Vedas cover a period of a millennium, spanning the Late Bronze Age and the Iron Age according to Wikipedia's entry.

The Vedas and Atlantis

They are the oldest Sanskrit literature and are divided into the Rig-Veda, the Yajurveda, the Samaveda and the Atharveda.

Although they are said to have been divinely reavealed in India and to have taken place there, author Professor Arysio Nunes dos Santos thinks that they actually refer to Atlantis, which according to his theory was located where the South China Sea is and Indonesia. This would have made ancient India the nearest outpost of the Atlantean civilization.

Professor Santos believed that the ancient civilisation of Atlantis had many other colonies around the world and it was these that survived the world-shaking disaster. The mainland of India was one of the nearest outposts of Atlantis and that is why the Vedas and the religion they inspired are associated with that country.

He also thought that Lemuria or Mu was also a reality. He feared that the world is going to repeat the cycle and become mostly destroyed again. He thought that the ancients had nuclear weaponry and a hi-tech civilisation that was lost in the catastrophe they brought on themselves.

Colonel James Churchward claimed that Mu was even more ancient and was "the Motherland." He wrote a series of books on Mu in which are said to be translations from surviving texts as well as symbols used by the people of this original civilisation. Of course this is all very debatable but it has created belief systems or fed into existing ones, such as the idea that the Canary Islands are all that is left of Atlantis and were the mountain peaks of the lost continent. One of Churchward’s maps showed these islands to be where Atlantis was.

Many people have suggested and actually believe that the Guanches, who were the mysterious white tribes that lived on the Canary Islands before the Spanish Conquest, were actually descended from the Atlanteans. The question has often been asked as to where the Guanches came from and why were they white-skinned when living so close to the African mainland? Although a convincing answer is that they were of Berber stock and descended from these white people who still live in North Africa, others think that they were already where the Canary Islands are today because these islands were the highest mountains that survived when Atlantis went beneath the waves.

From a personal viewpoint I believe that Mu and Atlantis once existed and it makes sense to me to think that the Vedas would be the oldest books we have that give knowledge from that very ancient time period.

Prof. Santos' theory is explained in full at his website:http://www.atlan.org/ and in his book Atlantis The Lost Continent Finally Found.

The Epic of Gilgamesh

Another contender for being the oldest book in the world is the Epic of Gilgamesh.  The first version of this dates to 18th century BC. This is a Sumerian epic poem that was discovered on ancient tablets. The story tells of a friendship between the hero Gilgamesh and a character known as Enkidu, who is a wild man created by the gods as an equal to Gilgamesh that they created in order to distract him from oppressing the people of Uruk.

As companions, Gilgamesh and Enkidu travel to the Cedar Mountain to defeat Humbaba, a monster that guards it. Later on they kill the Bull of Heaven, which the goddess Ishtar had sent out to punish Gilgamesh for spurning her. The gods decided to sentence Enkidu to death for his part in all this.

The second half of the epic tells the tale of how Gilgamesh, distressed by Enkidu’s death, sets out on a quest to find the flood hero Utnapishtim, who is immortal and to learn the secrets of immortality from him.  He finds out that the life you are seeking you will never find and that matters of life and death are within the hands of the gods.

A Brief Overview of The Symposium by Plato

What is Plato's The Symposium? And what was discussed during this good old fa... 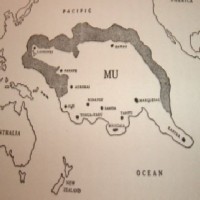 Corrie ten Boom and her family are known for helping Jewish people during WWII. She survived the notorious Ravensbruck Concentration Camp, she is loved by many...here's why.
71%  8   7 WiseFool
Historical Books 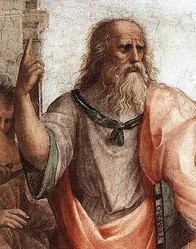 A Brief Overview of The Symposium by Plato

What is Plato's The Symposium? And what was discussed during this good old fashioned drinking party?
Loading ...
Error!