War is conflict between nations. Wars have many causes, but the strongest cause is wealth. Oil is an example. Food is becoming one.

Population growth drives the need for food, while at the same time reducing the area available for providing food.

Issues such as global warming changing weather patterns also play a part, as do issues such as Colony Collapse Disorder in bees.

Food control will be a basic, almost primal, power to have.

The War over Food is happening now. Let's take a look at two small battles in Australia.

Let's take a look at how other nations take an interest in our food.

On the surface it would not be the interest of another nation, it would be a corporation showing an interest in buying some food producers or distributors.

A corporation from a foreign nation will involve that other nation because a nation's food will automatically find its way to the pile of issues to do with a nation's security.

The Food Fight is more like a Cold War than a military war.

And much can be done by helping other nations grow food.

The CSIRO has been hugely helpful to Australia in winning the war of food.  One could almost think of them as a military intelligence unit.

They've killed millions of rabbits in this war.

Let's zoom in on smaller acts in this ongoing and emerging conflict.

Seafood and eat it.

China, Korea, Japan and other Asian nations have a leaning toward fish foods.

Tuna is one of those fish.

South Australia has a tuna fishing fleet out of Port Lincoln.

If we look at sales from South Australia to just Korea and China...

To guarantee the tuna ends up in a certain country, seafood suppliers will buy up stakes in tuna.

In December 2013, half of Austral Fisheries was sold to Maruha Nichiro Holdings of Japan.

It's not just the obvious pirates plundering Australian waters as they sail in from Indonesia and Japan with whaling harpoons and shark fin knives.

The pirates are also in business suits, and the booty is our fishing bounty.

Anyone investing in Australian seafood should do well.  Demand is incredible and growing.

Nothing like putting Corp in a name for it to achieve a patina of reliability and ruthless efficiency.

Grain Corp grew out of a Government service that helped farmers get wheat to towns and ports.

Privatisation and globalisation came along and suddenly it was fabulous to sell Government assets to private businesses for the common good of businessmen everywhere.

And Yes, I'm a leftie, but I like it when people look after each other, makes me feel good.  I'm not so much into every dog for himself thinking.  Just thought I'd declare my bias.

Joe Hockey refused the sale of GrainCorp on 29th November 2013, stating  "would not be in our national interest".

The buyer was a company from the US called Arthur Daniels Midland, a corporate giant in food.

The National Party and the Greens were the official voices of dissent to the deal.  Southpaw socialists the pair of them.

I'm sure issues like the US being found to be bugging everyone on the planet probably had a part to play.  Selling off our main wheat distributor to a country that had involved us in their worldwide bugging and who had also put some permanent troops on our soil, well, that might be seen as losing our identity, not just our food.  May as well put another star on the US flag and learn the US national anthem.

I told you I was a lefty pinko.  But the distribution efficiencies of one big network have costs, for example, being a monopoly and therefore being a matter of one business deal to control a whole State's wheat.  Memories of the old Vestey meat business days.

I think the refusal to sell GrainCorp was the right idea.  ADM somehow quickly found another quarter of a billion dollars when the deal was looking dodgy, I imagine to try to sweeten and speed the deal up.  So they clearly think GrainCorp is a very good deal.

For an idea of how important wheat is to our diet.  Try being a Coeliac.  Gluten, from wheat and other sources, is in nearly all processed food.  Icecreams for example.

Which shows another aspect to this food fight.  Everything is changing, diets are changing in Asia as wealth grows.  Genetically modified foods are becoming more prevalent.  And it seems people's reactions to certain foods are increasing.

But let's keep it simple.

ADM tried to buy GrainCorp and failed.  This time.

They lost the battle, but not the war.

Selling the food you need to eat.

If you sell food that you produce for fantastic prices, it's not as simple as it looks.

If you sell a tuna in Japan for $500, then why sell it in Australia?

If an Australian wants it, then they will have to pay $500 minus the cost to send it to Japan and process it.

So high world prices for food will mean high prices in Australia too.

In reality tuna sells for much more than $500, but this was just for example...

Nations will worry about food prices, they have to put food on the table.

They will want control, so that they can calm their nervous stomachs.

What it boils down to...

Australia is not just selling its food.

They are selling assurance.

Australia should factor this into the price.  And not just by asking for more money, but by also asking for longer term contracts with deeper relationships that go beyond the exchange of product and cash.

Education and knowledge are two other products that can be traded.

Corporations worry about money, but you can't eat that.

Trying to control existing food distribution systems is a short term business game.  Not in our interest.

It's in Australia's interest to help people eat.

Safety Suit
We wear personal protective equipment, but there is more to safety when we suit up.

The Complete Black Belt of Golf
Golf. A game. A martial art. Get your kung fu juju out and get your mojo on for how golf shows us how games are more than just a game.

A timely tale of three cities
Cities are large permanent settlements. Why do they lose their permanence?

Safety High Visibility
We wear high visibility clothing to decrease our chance of accidents. Let's look a little closer.
Updated: 01/21/2014, Fargy
Thank you! Would you like to post a comment now?
5

I'll post some additional thoughts here in case I rework this idea. Food is a battleground of nations. Countries like North Korea, where the only fat guy is the Supreme Leader, can use starvation to keep the threat of revolution at a minimum, hard to fight when you have to eat grass to stay alive. We see another version of it in Jamie Oliver's School Dinners program, which he said failed because eating well is still seen as an indulgence of the middle class. Which can be seen as a part of England's caste system, but is also strikingly similar to North Korea keeping poor people unhealthy so that they don't have the energy to create change. Meanwhile Australia is selling their land to foreign countries and inviting them to set up food export operations. We could even end up with foreign cities in Australia as a result. An example might be a foreign owned cattle station with its own few thousand inhabitants, an airport, slaughterhouse, packing facilities and direct flights to, say China, and back with minimal border control.

Hey Jo, it's a changing foodscape, the Free Trade Agreement with China puts things in a new light. Chinese companies have bought two huge cattle stations and will be buying dairy farms, as their tastes become more Western. That's not entirely a bad thing, but if they can sell meat and dairy in China for $40 a kilo then that's what they will charge here too. They can also bring in their own labour, which might be a little worrying.

It can be a little nerve wracking thinking about possible futures, especially looking at China's pollution problems. We don't really want to import that sort of business culture.

Food is a weapon of war, the starvation of sieges is the most graphic, but other uses are to keep one group of people at, or below, certain calorie levels per day so that they don't have the energy to fight. Some say Israel does this to Palestinians. Cults are known to keep people hungry as they cultivate their minds.

That's me, fear mongering again, but think of it as food for thought.

Indicators for food being a war trigger have been around for a while, I guess one could argue that the war has already begun. At least as far as animals are concerned with over fishing meaning sea birds dying off. There are more tangible indicators though, China changed its one child policy, which will mean more population growth, means the need for more food. And at the same time has been expanding into the South China Sea, even building islands there to base aircraft and naval vessels from. Which has seen the US put 2000 troops in the Northern Territory of Australia. War seems a slow and crushing inevitability unless our technology keeps moving faster than our loins.

Years ago I read that climate change can shift what grows and where, and that some nations could lose their ability to produce their own food. This can actually trigger a war. You seem to be on this track with who can grow what, but with a different corporation taake on it.

Hi Fargy, I'm pinning this to My Wizzley Writing board.

OK That's the cleverest thing I have seen for a while! He is good on piano. I will seek out more, Jo 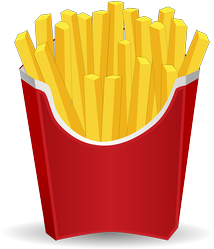