A special treat for all the collectors out there! These Avengers Mighty Mugs will be the best items you can add to your collections. These super cute versions of the Marvel Super Heroes have been released to promote the upcoming Avengers Block Buster.

There Came a Day, The Day Was Unlike Any Other Day....

...When The World's Mighty Super Heroes Found That They Can't Bend Their Arms & Legs!

What Are Mighty Muggs??

Mighty Muggs are a collectible toy series made with Plastic-Vinyl. These toys are manufactured by Hasbro. Mighty Muggs are actually super deformed versions of characters. Previously Star Wars, Indiana Jones, G.I.Joe and transformers were the few of the movie series which were introduced in form of mighty muggs collectors. Now as the avengers movie is being released, so a special wave of Mighty Muggs has been released for this movie!

Mighty Muggs are a great item for hobbyists, parents, Children and fans. They make a valued collectors item and can be sold on eBay on triple the price you get it now (or even more!) Mighty Muggs  can serve as a desk decoration, children's toys or any other purpose. Where ever you place them, you can't resist a smile whenever you look at them.

Avengers Fans will Love to get their hands on these adorable figurines. There is also a special mini muggs range released for the Avengers movie. Don't forget to check it out!

Hasbro releases the Mighty Muggs in waves. With each wave come 3 or 4 new mighty mugg characters.

The special wave 1 for the avengers movie has been released. These are Mini Muggs which means they are shorter than the usual Mighty Muggs and are a limited time edition. These will become a great collectors items and will be worth a lot in a few years time!

The special Avengers mini muggs will be a valuable item. You can gift it to your loved ones on Christmas or on birthdays. If you are an avengers fan you can get them for yourself too. They will make a great desk ornament!

Avengers Plush Toys For Kids
Looking for cute Avengers Plushies? We have organized a collection of Avengers plush toys for your little super hero fanatics.

Iron Man is basically an armoured suit worn by Tony Stark, the famous playboy who has exceptional skills in engineering. When Tony was kidnapped and asked to manufacture mass destruction weapons, he created instead this high power armoured suit which he used to escape captivity. Later on he added other details to his suit like the latest weaponry and technologies.

The most famous repulsor on his palms always remained the same. In Iron Man 2, more suits were made, which went out of control and caused heavy destruction. War Machine is Iron Man's best friend who came to his aid when Tony was unable to fend off every robot by himself.

The Mighty Muggs of this series will be an awesome present for any iron man fan.

Captain America is the first avenger to come to existence. He is not a super hero but is a human with peak physical and mental strengths. He was a part of the experiment which boosted his energies to a maximum endurance level. He is an expert in hand-to-hand combat and other fighting skills.

His indestructible shield allows him to protect himself from all super powers. He uses it as a weapon as well as shield. The Captain America Might Mugg will be a great addition to all the other Mighty Muggs collection. You can put it on your desk as an ornament or can give it to your child to play with.

Avengers Action Figures For Kids
Your kids will appreciate playing with Avengers action figures. Let them have a fabulous time with a cool selection of Avengers toys which are perfect for their roleplay games.

Thor is a Norse God who was sent to earth by his father as a Punishment. His Brother,Loki, couldn't bear to see him crowned so he falsely alleged him. Thor is considered the most powerful Avenger from all the Marvel heroes. His powerful weapon, the Mighty Hammer, never misses a shot and comes to him whenever he calls it.

The Thor Mighty Mugg will be a great gift for a Thor fan. Get it now while it's cheap or you will regret it!

Hulk is our favourite Marvel Superhero. Bruce Banner transforms into this scary green monster whenever he gets angry. This happened due to the genetic mutation he got from his father who loved to experiment on his own DNA.

The Hulk Mighty Mugg has this evil look on his face which shows the fierceness of the original character (okay, it is incredibly cutely fierce i would say!) This will serve as a great Christmas gift or you can use it as a Christmas tree ornament as well!

Nick Fury is the director of S.H.E.I.L.D, the spy agency which works alongside the Avengers. Nick Fury does not age as he is given the anti ageing serum which had stopped his ageing process. He has unbeatable combat skills and holds a black belt in Tai Kwon Do.

Hawkeye is also a super human with peak human strengths just like Captain America. he learned a lot from Cap and is now an expert combat. He got his name owing to his mastered skills in archery.

The Villain Side of The Story

Avengers Party Supplies & Decoration Ideas
Avengers will be the most popular party theme for boys once the movie is released. Find everything you will need for an awesome avengers party right here!

The Mini Avengers are really cute and fun. Pinning 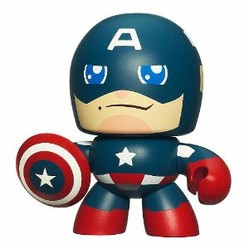 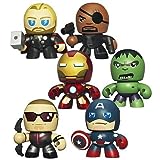 Does every single Disney Princess have to be hot to trot? Good grief. Why couldn't they leave Merida alone? She was SUPPOSED to be different!
Loading ...
Error!