Welsh Wizard with Wisdom from the heart! (by Margarita Shamrakov - [email protected])

Bard of Ely is a living legend. There something so mysterious and magical about him. His music speaks of good and evil. He is not just a musician, he is also a writer, blogger, entrepreneur, nature and earth protector. He is the modern Welsh Wizard!

His music has many styles and many inspirations and influences, but I think his whole being radiates magic, mystic, mystery, “Wizardness”, nature, love, and of course wisdom. Bard of Ely is incredibly intelligent and brilliant, and very wise. He is also incredibly honest about life without hype and insincerity. And that’s what I love about him.

His songs are about finding love, and about being different and about not following blindly the rules. His songs are about finding and choosing your destiny against all the odds and difficulties against you . He sings about being brave and choosing a different life, without being afraid. However, he is not just an artist, who is just singing about his thoughts and ideas but he is the person, who also lives his ideas and aspirations.Bard of Ely chose a very different life for himself.

In the Canary Islands

The name Islas Canarias is likely derived from the Latin term Insula Canaria, meaning "Island of the Dogs". I have never been there, but I have seen it from pictures, and it is very beautiful. It is like heaven on Earth. The originally volcanic islands – seven major islands, one minor island, and several small islets– were formed by the Canary hotspot.

His journey has not been an easy one, there were many ups and downs, many disappointments and also many new waves of creativity and finding happiness.

He found a place where he belongs, that is on the Volcano of Canary islands. And that is not an easy thing to find. Many people spend their lives looking for the meaning of their lives and for moments of happiness. Instead of being in a state of quiet desperation, Bard decided to do the unthinkable, he decided to move to a place where he had no one, and he did not even speak the native language (Spanish) of Canary Islands. However, the voice inside of him and his intuition, suggested that it was time for him to change his life completely and dramatically.

Bard of Ely's name on a Welsh Billboard

As a Welsh Icon

Bard of Ely at the Green Man festival

On stage at the Green Man Festival 2003

Bard has had a long career writing, performing his songs and looking for the right deal but he finally signed a contract with a music company called DMMG Records. DMMG was different from other music companies, because they allowed Bard to continue to create his music and his art in many styles, in many shapes and forms. They gave him complete creative freedom. And believe me, only very few to none music companies, would allow the artist to be in charge of his/her music and art. Therefore it was the right deal for Bard.

The latest from DMMG is the release of the spectacular/stunning new CD Album from Steve Andrews, alias - The Bard of Ely... titled Welsh Wizard , and released via - DMMG Records (UK) on 13th July 2009.

Feel free to reach out to him, he is very kind!

Go on and grab his CD, it will definitely bring you luck, because he is the Wizard that brings people happiness, and needed positive changes into their lives with his music and his heart!

Find out more about Margarita Shamrakov

Sex seems to guarantee success with getting your articles seen so I thought I would introduce you all to my very talented friend Margarita Shamrakov who has a song on video on the subject.... 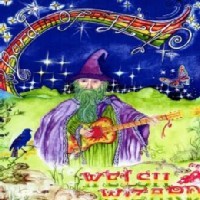 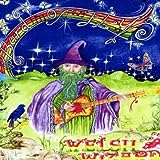 Welsh Wizard is an album of original songs by Bard of Ely and released on the DMMG Records label.
45%  6   4 BardofEly
Wizzographies