The art of paper-cutting has been around for centuries. It's a delicate craft that has been adapted by the modern craftsperson to make a variety of gorgeous gift ideas.

Paper cutting can be found all over the world, but for the oldest surviving paper cut we have to look to China. The Chinese were creating papercuts 1,500 years ago.

However, this art which requires so much dexterity when done by hand, is also well known in India, the Phillipines, Japan and Mexico as well as Israel - in fact papercutting can be described as a global craft.

By the 10th century the art of paper cutting had spread to Europe where it is associated with folk art. As stencils it adorned painted furniture and was adapted to create popular silhouette portraits.

Eventually, in the magical paper-cutting art of Lotte Reiniger, the craft merged with film where her dream-like paper-cut silhouettes created haunting moving legends and fairy tales.

Today, the art of the paper cut is often produced on a commercial scale, still by hand but by laser machine too.

And talking of paper cut-out stencils - let's not forget Banksy whose street art depends on this technique for speed and accuracy.

The original technique, however it is achieved, results in a fragile, other-worldly effect that over the centuries has never lost its appeal. Paper-cuts make wonderful gifts or keepsakes.

Getting Personal with Paper-Cuts

A paper-cut makes a beautiful personalised gift for a family member or close friend.

The items shown below come in various colours and can incorporate special events, names, and artefacts relating to hobbies and interests.  The intricacy of the cutting makes it a particularly unusual and memorable present.

How She Created Amazing Paper-Cuts adapted as Shadow Puppets

Here is a video showing the amazing work of Lotte Reiniger (2 June 1899 – 19 June 1981), the German film director.  She was a fascinating, technically forward-thinking woman and you can see many of her gorgeous films on You Tube.

Fortunately it is possible to buy some Lotte Reiniger's films on DVD nowadays.  They are a magical present for young and old.

Computer-designed and then hand-cut

Nothing is more eye-catching that these beautiful paper-cuts with scenes from famous fairy tales.

They are mounted in a 19" x 8.5" black box frame.  The cut images are placed near the front of the box frame so that they create a shadow on the white background, giving the work an even more realistic 3-D feel.

You can hang the frames, but they are also free-standing.

These are very unusual items which will make a stand-out gift or talking point in the home.

The Beauty of A Beast Papercut

If you prefer something a little more economical, you can have the same paper-cut designs but in the form of a print.  Whilst these don't have the sculptured 3-d effect of the original paper-cut, they do make a less-expensive yet still stunning alternative.  You can see one here.

The Art of Love in a Paper-Cut

Expressing our deepest feelings for a loved one demands something special..  Paper-cuts are made for the occasion.  With their delicate fragility they can't fail to make a deep impression on even the hardest heart!

These paper-cut images are straight from the age of romance, nostalgia - a forgotten world.  Yet they are adapted to our modern world and contemporary lifestyles without losing any of the original artistry.

Print or Papercut - Your Choice

In a floating glass frame

Animals have always featured strongly in paper-cuts throughout the centuries.  Animals had value and meaning in ancient cultures.  They were often thought to have connections with the spirit world.

Today we are aware of the threat to our animal friends as some face extinction and violence. Most of us have genuine concerns for these creatures who share our planet, as well as the domestic animals who share our personal lives.

These lovely paper-cuts make a fitting tribute,  gift or memento in praise of our fellow creatures. As well as being the perfect gift for a nature-loving adult, they would also make a lovely present for a child to hang in his or her bedroom.

Let's End With Something a Bit Crazy!

There isn't enough time or space  to cover all the variations of paper-cutting art available!  But exploring the internet could open up a whole new area of interest.  There's plenty of videos and books on there to whet your appetite and to start up a new hobby.  You might begin to make your own paper-cut works of art!

However, here is a bit of a mad item which shows just how adaptable the art of the paper-cut has become to our modern fashion trends!   What would Lotte Reiniger think?

Thank you! I appreciate that very much!

These are really beautiful. I'm pinning this.

Hello Mira! Yes, Lotte Reiniger! What an artist. I remember watching her films on BBC Children's Hour when I was small - of course they were perfect for black and white TV! But her magic has never quite left me. At school we used to make paper dolls too, cut out of newspaper! Thanks so much for your comment. I'm glad you enjoyed the piece.

Younghopes - Hello there! Thank you for that lovely comment. I am glad you enjoyed this post - I've always loved papercuts - they remind me a bit of snowflakes. We used to cut those out at school, now I think about it! :)

You discover such amazing things, Kathleen! I loved the Lotte Reiniger video. Imagine working years on an animated film like that! Also love the Snow White papercut! Quite amazing talent there to suggest a lot with not that many elements.

This is so adorable, very beautiful pics, i loved the heart

Does your room with a view look out onto a blank wall? Can the neighbours wat...

Everybody needs a secret place to hide precious personal items. If you love b... 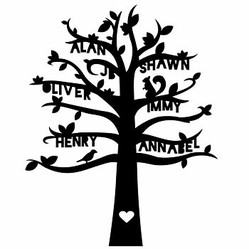 The Adventures of Prince Achmed
70%  10   5 KathleenDuffy
Windows, Doors and Walls 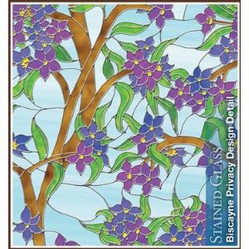 Does your room with a view look out onto a blank wall? Can the neighbours watch your every move? Beautiful decorative window film can solve your problems!
55%  6   5 KathleenDuffy
Arts 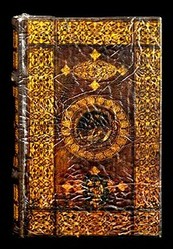 Everybody needs a secret place to hide precious personal items. If you love books then a Secret Book Box will hide your trinkets, jewelry, love letters, etc. beautifully.
Loading ...
Error!