Bring Me to Life | How to Write Realistic Fictional Characters

In most cases, characters are the heart and soul of your story. Despite the fact that they only exist in a make believe world, they must be ‘real’ to you and to your readers.

The phrase “realistic fictional character” may seem like an oxymoron. After all, how can a person we know does not exist be real? Well, the art of good story telling, in any medium or genre, is in making a world that seems (for a short while at least) real to a reader. The people that inhabit this world have to be equally believable, otherwise the spell is broken.

The fastest way to ruin a work of fiction is to remind your reader that he or she is investing in a contrived work that is attempting to manipulate his or her feelings - which is essentially what all creative works do. If your characters are not ‘whole’ or are written in a clumsy way, they won’t be believable and, quite simply, your reader’s suspension of disbelief will no longer be willing.

What is Willing Suspension of Disbelief?

Understanding a reader’s response to a work of fiction 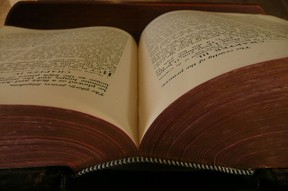 As mentioned in my guide to writing good dialogue, great literature requires that we, the readers, do not see the wizard behind the curtain.

In order for a reader to become absorbed and enraptured by a work of fiction, he or she has to believe in the reality of the story’s world - despite the fact that logic tells him or her that it is all a figment of the author’s imagination.

A fancy term for this surrender of logic and, albeit temporary, belief in a factional world is called ‘willing suspension of disbelief’. As the phrase suggests, it is our willingness, usually unconsciously, to suspend the, “Oh c'mon, that would never happen!” reflex and engage in the fantasy of a creative work.

How do you get someone to willingly suspend his or her disbelief? Well, according to Samuel Taylor Coleridge (who coined the phrase), a work of fantasy must have “human interest and a semblance of truth,” in order for the implausible facets to be overlooked by a reader.

Why Are Realistic Characters Important?

How a badly written character can ruin an otherwise good book

The willing suspension of disbelief is a delicate thing, but that’s not to say you can’t let your imagination run wild - because, of course, you can. Science fiction and fantasy novels are incredibly popular and, despite their thoroughly fantastical elements, readers are prepared to go along for the ride. Why? Simply, because, as Coleridge pointed out, if there is some truth in the work and an element of human interest, readers are prepared to invest in almost anything you have to throw at them.

Of course, human interest comes from humans. Now, I know what you’re thinking, there are immensely popular stories that don’t have human characters - Animal Farm being one example. However, in these instances, non-human characters are usually anthropomorphised and we, therefore, relate to them on a human level.

And I would argue that the “semblance of truth” Coleridge speaks of, invariably, also comes from a story’s characters.

Consequently, as a writer, you should be aware that the weight of a reader’s suspended disbelief often lays heavily on your characters. Essentially, no matter how fascinating and captivating your plot, if there is no interest in the characters as human beings and no truth in their actions or personalities, you won’t be able to engage your readers.

So, how can you make a fictional character appear real?

All great writers are great observers

The benefit of observing and listening to people simply cannot be overstated. In order to write well-rounded characters, you’ll typically need more than your imagination to go on. And even if you think your imagination has been working out just fine, you’ll quickly see that truth really is stranger than fiction.

Opportunities for people watching are abound and you’ll be surprised what you can see and hear from people who are just going about their daily business. Most of the time, we don’t pay much attention to strangers and we tend to zone out the background noise of conversation. If you don’t already do so, I urge you to put up your antennae when you are:

Turn off the ipod and really take the time to absorb the characteristics, speech patterns, foibles and eccentricities of the people that inhabit this peculiar world of ours. It’s a great idea to carry a notebook or some other writing tool, so that you can scribble down anything you find particularly interesting - don’t rely on your memory, because it may fail you.

It’s a great idea to carry a notebook

If you want to be a writer, you can never read too much

Now, I’m not suggesting that you copy the characters from your favourite books, but getting a feel for the way another author shapes his or her characters can be very helpful. You’ll soon notice that there is no rule and no formula for creating a good protagonist, antagonist or any other character for that matter.

For example, you’d be forgiven for thinking that all protagonists have to be essentially good or, at the very, least likable - this is something that some writing guides suggest is a must. However, think about Wuthering Heights - precious few of Emily Brontë ’s characters are the type of people you’d want for friends.

In fact, Heathcliff and Cathy are particularly dislikeable and yet we spend a fair portion of the novel rooting for them to get together. Why? Well, it’s back to the old ‘truth’ and ‘human interest’ again. They're no saints, the pair of them, but then precious few ‘real’ people are. Humans are flawed and when a person is put in situations of misery and anxiety, those flaws can manifest themselves in ugly ways.

You should find flaws in almost all characters. When you come across a character that has none, you’ll probably have one of two responses: you won’t find them believable or you’ll find them annoying. This all becomes very handy when it comes to creating your own characters.

In order to write a believable character, you must believe in him or her. Let’s face it, if you’re not convinced your characters are real, how can you expect any one else to? No, I’m not suggesting all authors have psychotic episodes, but it is a widely accepted truth that good characters take on lives of their own.

In my opinion, if your character begins to do things that you didn’t expect him or her to and takes the story in a different direction to the one you planned, that’s a great thing. You may have to rein the unruly character in a bit, but if they seem to be gaining a life of their own, it, usually, means that they’re going to read believably.

So, how do you get to the point where you believe a character is real? Well, simply enough, you just need to get to know them. And the good news is that, because the characters are your creation, getting to know them is a fairly straightforward business. I’m talking about giving your characters a life, a past - think about these things:

The list can go on and on. Chances are, some, if not all, of these things are irrelevant to the story, but they help you to build a picture of each character. Your reader will never know that your protagonist’s sister was horribly mauled by sloth on a daytrip to the zoo, but it helps you to get inside her head.

It may seem silly, it may even seem like a waste of time. However, by filling the blanks of your characters lives, they stop being just words on a page and start to be whole people. So, don’t knock it until you’ve tried it.

Good characters take on lives of their own

Can you ever truly know anyone?

Perhaps the most important thing to remember when writing a fictional character is that no real person is straightforward. Every single person I’ve met has been complicated and, often, contradictory. For example, I knew a woman who was desperate to get married, but was frightened of commitment. I once met a man who loathed tomatoes, but loved tomato puree.

In order to create characters who are believable, they have to be equally contrary and complex. In fact, what you might find is that you have to tone down some of these peculiarities, lest they seem ’too far fetched’.

Above all, remember that your characters are your babies. You don’t have to follow any ‘rules’ for them to be realistic, you simply have to ensure that at their core there is truth and human interest. Have fun with them!

Fiction Tips: How to Write Effective Exposition
Exposition is important, and can even be vital, to your short story, novel or play. However, if handled incorrectly or clumsily, it can verge on painful for your reader.

Tips and Tricks For Overcoming Writer's Block
All writers, at one time or another, have suffered the frustration of what feels like a complete creative drought. Read on, to find out how to beat writer's block.

Putting Words in Their Mouths | How to Write Good Dialogue in Fiction
There are many ways that a good story can be ruined, bad dialogue is one of them. So, what are the secrets to writing natural, captivating speech?
Updated: 05/19/2012, WiseFool
Thank you! Would you like to post a comment now?
12

Thank you, Mira. I'm glad you enjoyed it. I agree, there's nothing worse than a one-dimensional character, it completely ruins what could otherwise be a good story. Characters have to be believable, which means they have to be 'real' people - and real people are almost always complex.

You give some great tips! Thank you! I love the idea of complicating the personality of fictional characters. Much too often they're so one-dimensional. Good characters can make good books even when the plot is purposefully lax and there's practically no significant action.

Hello Katie, thanks for the comment. Very pleased that it gave you the odd 'ah-ha'. Glad that it helped to give your muse a nudge! : )

Exciting tips on character development, I had a few ah ha moments while reading this. Great article thank you for the muse. 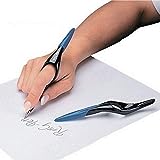