Charlotte and Jonathan aren't the only act grabbing headlines from the ITV talent show auditions.

Only Men Aloud had already made it big after being on a British televised talent show. Now it's the turn of their little brothers and sons.

These teenagers from the Welsh Valleys demonstrated why Wales has such a reputation for song.

If 'none but a pure heart can sing', then we know a lot about these boy's hearts after hearing this. It brought a tear to the eye of judge Amanda Holden, and many more besides on couches around the world.

Singing With a Pure Heart on ITV's Talent Show

The audience (and at least one judge) was left in tears after hearing these Welsh teenagers sing. 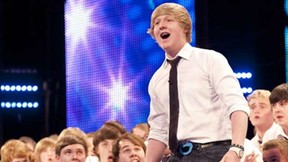 At first it seemed that there were only two of them. A pair of Valley boys, with a choirmaster, hoping to secure a place in Britain's Got Talent.

They sang beautifully, but judges and audience alike could be forgiven for wishing they'd looked up the word 'choir' in a dictionary beforehand. This was more like a duet.

None of them knew about the other 131 teenagers waiting in the wings, until they joined in the chorus. There were gasps of wonder and tears sparkled in quite a few eyes, as people watched in incredulity. It appeared that the tide of 14 to 19 year old boys would never cease.

As one they were pouring their hearts and passion into the famous Welsh song Calon Lân. It's a favorite of rugby clubs throughout the Land of Song, but no-one on the panel spoke Welsh.

It didn't matter. They loved it anyway, with judge Amanda Holden visibly weeping. For the record, I do understand what they were singing; and I was blarting my eyes out!

For those without a word of it, I will prepare you with a few things to say. I'm assuming that no-one is going to need any negatives.

The choir's audition on Britain's Got Talent, broadcast on March 24th 2012. They sang the Welsh traditional song 'Calon Lân'.

I don't ask for a luxurious life,
the world's gold or its fine pearls,
I ask for a happy heart,
an honest heart, a pure heart.

If I wished for worldly wealth,
It would swiftly go to seed;
The riches of a virtuous, pure heart
Will bear eternal profit.

Evening and morning, my wish
Rising to heaven on the wing of song
For God, for the sake of my Saviour,
To give me a pure heart.

Eponymous Album by Only Boys Aloud

Protégés of Only Men Aloud

They come from the same place, with a similar name, could there be a link? Yes!

As the name of both the choir and their choirmaster suggests, Only Boys Aloud are the protégés of their older counterparts.

Only Men Aloud achieved international stardom after winning BBC's Last Choir Standing in 2008. Tim Rhys-Evans, who trained and led them, is the same Tim glimpsed in the Only Boys Aloud audition.

Their rationale is simple. There are very few opportunities for young people in the Welsh Valleys. It's one of the most depressed regions of Britain. Stardom with the male voice choir is one way of securing their personal future, as well as continuing one of the best known traditions of Wales.

The men have already made it into world acclaim. Can their sons do the same in Only Boys Aloud?

Only Men Aloud CDs and DVDs

Discover how the adults took the world by storm by listening to them sing too!

More from Britain's Got Talent 2012

Britain's Got Talent: Ryan O'Shaughnessy
With Celtic charm and his own composition, another hot favorite emerges from the ITV talent show's 2012 auditions.

Only Men Aloud on eBay

I'm really struggling to find one that I can just embed. ;(

I got a good laugh out of that too!

Oh, that YouTube! :)
Jury faces after they all came out on the stage, gave me a laugh! :) Impressive! I love it!

Wow! That was working here half an hour ago. :( I do wish they wouldn't keep messing with the settings.

They really did do a wonderful job of Calon Lan, didn't they? I was in bits. :D

Thanks so much for posting this! I had to go to YouTube to watch the video... well worth it. "Calon Lan" was my Mam's favorite hymn, is one of mine also, and the boys did a magnificent job with it.

With Celtic charm and his own composition, another hot favorite emerges from ... 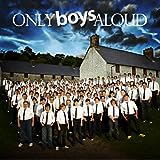 With Celtic charm and his own composition, another hot favorite emerges from the ITV talent show's 2012 auditions.
Loading ...
Error!