With all the widespread fears about radiation and radioactive pollution in the world today a Geiger Counter is a practical tool to have.

Geiger Counters detect radiation
With so many people in the world worried about the dangers from the Fukushima nuclear disaster in Japan after the earthquake and tsunami there, the only way of really finding out how much radiation there is is with a Geiger counter. Amongst the conflicting and confusing reports in the media, both mainstream and alternative, about the actual and ongoing situation, if you really want to be sure about radiation levels then having your own instrument would be the answer.
These instruments are admittedly very expensive but for those that have the money and want to be sure about how safe the levels of radiation are then a Geiger counter will be what is needed. GeigerCounters.com, a leading supplier of the instruments, is actually reporting on their website that they have sold out but shopping online at eBay and Amazon could provide the answer.
Geiger counters detect and measure the amount of alpha particles, beta particles and gamma rays that are present. Hans Geiger and Ernest Rutherford first developed what would later be known as the Geiger counter back in 1908.

Find out more about Geiger Counters on Amazon

How does a Geiger Counter work?

If like me you know very little about how a device such as Geiger counter works now is the time to find out.

Geiger counters are employed as a means of detecting any ionizing radiation that is present in a given environment, and this is usually beta particles and gamma rays. However, certain Geiger counter models are able to detect alpha particles as well.

The device works by having an inert gas-filled tube (usually of helium, neon or argon gases with halogens that have been added) that conducts electricity for a very short time when a particle or photon of actual radiation allows the gas to be a conductor. The tube then amplifies this with the aid of a cascade effect and gives out a current pulse. The result is then usually displayed by means of a needle or lamp and/or audible clicks.

Modern Geiger counters are able to detect radiation levels that are present over several orders of magnitude. The Geiger counter most commonly used today is actually known as a "halogen counter" and was invented by Sidney H. Liebson back in 1947.

There are various types of radiation detecting devices currently available and another of these is the Geiger-Müller Tube, which also utilises gas and is a "gas detector."

Geiger counters for personal use

Get a Geiger Counter of your own

At time of writing back in 2011, I had recently watched a video presentation by controversial journalist and author Benjamin Fulford in which he stated that the world is suffering from "psychological radiation" and that the situation was nowhere near as dangerous as was being made out. Benjamin was reporting from Tokyo in Japan, and pointed out in support of his claims, that he had checked with his own personal Geiger counter and had found the radiation levels there to be within a normal range.

With other reports I have seen about the jet-stream having blown radioactive clouds all across North America, Canada, Russia, Europe and much of North Africa as well as other parts of the world, including the Canary Islands where I live, it would have been of some comfort to me to have had a Geiger counter of my own so I could have conducted my own measurements. If I had found them within the normal range then I would have known for sure there was nothing to worry about, which I really hope is the case anyway.

Zero gravity presents its own challenges, not only for answering a call of na...

Book Review: The Illustrated Theory of Everything by Stephen W...

The Illustrated Theory of Everything by Stephen W. Hawking considers the orig... 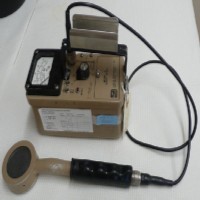 Earth and Space offers an introduction and text by Nirmala Nataraj, photographs from the archives of NASA, and a preface by Bill Nye the “Science Guy.”
100%  18   11 JoHarrington
Space Sciences 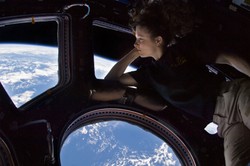 Zero gravity presents its own challenges, not only for answering a call of nature but other things too. Ingenuity is needed when everything wants to just float away.
89%  6   14 DerdriuMarriner
Space Sciences 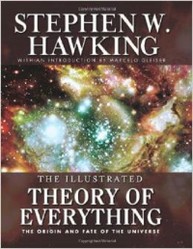 The Illustrated Theory of Everything by Stephen W. Hawking considers the origin and fate of the universe through seven lectures on our contracting, expanding, or steady universe.
Loading ...
Error!