If you love pinball like I love pinball -- and you want your own, real pinball machine -- then this article is intended for you.

Pinball has been with us since the 1930s, and though it long ago took a back seat to video games, pinball machines have never completely gone away.

Call it nostalgia, or a desire to play a "real" game -- one with moving parts -- but there is a reason you can still buy a new pinball machine, if you have the desire and the dough.

Who Makes New Pinball Machines You Can Buy Online?

Though there have been brief periods in the last 25 years when no companies made new pinball machines, for more than a decade now, America's Stern Pinball, Inc. has kept the ball rolling -- and in good form, too!

I like playing Stern's machines, because of three reasons. Most Stern pinball machines are co-branded with a movie or music franchise, so the player gets the feeling s/he is not "just" playing pinball, but is part of something bigger. (I like this for the playing experience, but also because it is a good way to draw in younger players, who may not otherwise be attracted to playing pinball machines.)

Secondly, Stern regularly releases new pinball games. One need not feel "stuck" with the "same old" pinball experience. If you are looking for a machine themed after the movie Avatar, Stern has it. If you are looking for a rock-band themed pinball game, they offer multiples of those, too. Most of all, Stern keeps releasing new models -- a few every year, so new machines featuring big movies and big bands are always on the horizon. Am I sounding redundant? Okay, time to move to the next point, here. ;-)

Thirdly, Stern's pinball machines are fun to play! I always have fun playing a Stern machine. The company uses so many play features you just cannot get bored. If you like multi-ball and tri-level playing surfaces, then you know what I am talking about here! (And you probably already know the great fun of Stern pinball machines. In fact, I am surprised you have not bought a pinball machine already!)

Let's have a look now at new Stern pinball machines you can buy online:

Stern does a strong job here of hearkening back to the kinds of pinball machines that were a big deal in the 1970s.

This machine is perfect for a "townie" bar, or a rustic man cave.

If your love for The Rolling Stones "can't get no satisfaction", then owning a limited edition Rolling Stones pinball machine from Stern should be just the thing to take your Stones' memorabilia collection to the next level.

Of course, the Rolling Stones machine has the range of pinball play elements for which Stern Pinball has become known.

If a movie-themed pinball machine is on your mind, then a Transformers Pro machine may be just your thing. Especially if you are a fan of the long-running Transformers franchise (and you have the scratch to pick up one of these beauties), this machine is probably calling your name!

As always, with Transformers, there is "more than meets the eye!", and that is true of this Stern pinball machine!

If you have read this far, you must at least be seriously considering buying a new pinball machine.

The price tag is not cheap, but if you know that and you would like your very own pinball machine, I have graciously provided "Buy" buttons in this article for you. (I know, I am a swell guy!)

I hope you have enjoyed bouncing through this article on new pinball machines, and I would welcome your comments.

They certainly do, ryank! Now, to afford one! LOL

A review of some of the best decks of playing cards on the internet. A huge v... 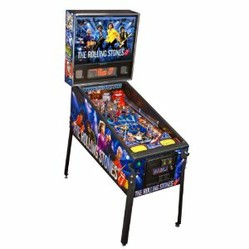 T-shirts, mugs, and other custom-made and customizable products that chess players of all ages will enjoy. You can also make your own mug or T-shirt.
100%  10   10 chevril
Card Games 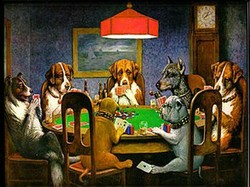