Angry Birds plush toys are hotting up to be the must have toy this Christmas and the easiest way to get them? Purchase them online of course!

Have you seen the Angry Birds plush toys yet? I can still remember the first time I saw them it was walking into a local department store with my daughter who’s face, despite being nearly grown up at the age of ten, lit up like it was Christmas morning.

There was a sound like a cry and she took off towards the stand saying, “mum, Angry Birds, oh aren’t they cute, I want them……..” or something like that anyway, if I’m honest once I saw her face I knew it would be all about her wanting them so all I heard was – mum, Angry Birds, blah, blah, blah!

I did realize, however, that Angry Birds were not going away even though I’d downloaded Crush the Castle for my daughter that briefly took her attention away those pesky Angry Birds still have a hold! I would have to look into the Angry Birds plush toys if I was to continue to score well in the Christmas gift ranks.

As I always do when looking for things I let my fingers do the walking and once online I discovered that there were even more Angry Birds plush toys available than the couple that our local store had on the shelf for a very brief few days (they were out so quickly it was amazing).

The three Angry Birds plush toys that I first saw were the red, yellow and black Angry Birds that are pictured below -

I thought they looked pretty cute, what I hadn’t realized until I picked one up was that they also made a noise!

In fact these birds make more than one noise they make 3 different ones and the noises are also randomly selected instead of played in a sequence which makes a nice change from other ‘noisy’ plush toys.

Once I looked online I saw that there was a much wider selection than the three Angry Birds plush toys mentioned before – there were also blue birds and white birds as you can see below.

Let’s not get me started on the pigs!

Do You Love to Play Angry Birds?

Angry Birds actually started as a harmless little application for the iphone and I don’t think anyone quite anticipated how successful it would end up being.   Like the childhood game of ring-a-ring-a-rosie was based on the Bubonic Plague, Angry Birds was also based on a disease …….. actually on two – the Bird Flu and Swine Flu.

Whoever would have guessed that the game would become just as contagious as the diseases it was based on!

Not only are the birds available as plush toys, but the pigs who are always being attacked by the birds are also available.   From the Pig King himself down to the little piglet you can buy four different pig characters as plush toys – here they all are:

Will You Be Buying any of the Angry Birds Plush Toys?

There are lots of different ideas for people who love Angry Birds from these plush toys to t shirts, iphone cases etc.   Here are a few links for you to get inspiration from –

Angry Birds Costumes
Angry Birds are such a phenomenon it’s not surprising that you can now dress up in an Angry Bird Costume. I've actually managed to find several Angry Bird costumes to choose from

Truth be told - I already have the giant red one. It's on the living room couch and my two black cats - Busy Body and Chaos - just love playing with it.

I haven't seen this here in the Netherlands. They are absolutely gorgeous and look so angry.

A great collection with BIG pictures of adorable plush Yorkies just for you. ...

Take a look at the best giant stuffed panda bear toys from the top manufactur... 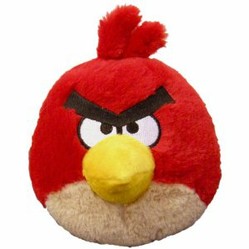 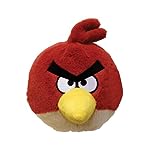 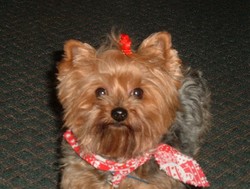 A great collection with BIG pictures of adorable plush Yorkies just for you. Who can resist the cuteness of a Yorkshire Terrier, each introduced with a bit of story telling.
63%  7   6 lobobrandon
Plush Animals 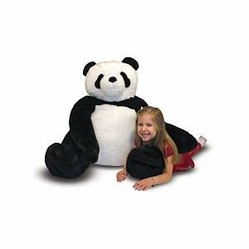 Take a look at the best giant stuffed panda bear toys from the top manufactures. Various sizes are explained to help you pick the best toy for your child or even yourself!
Loading ...
Error!