The Royal Canadian Mint is issuing a new and exciting coin series, the Canadian Landscape coin series of fine silver coins that are beautifully colorized.

Introduction image: This image is allowed by the Amazon affiliate program.

The coins in this series are limited to a mintage of seven thousand five hundred coins for each of the four coin designs.  The coins come with a serialized certificate and each has a denomination for twenty dollars Canadian.  The coins are being minted with the highly desired proof finish, which means the coins are struck in a special manner with greater pressure so as to produce a clear, sharp image.  The coins are being struck in 0.9999 pure silver with a weight of one Troy ounce, a standard made popular by the Royal Canadian Mint.

The obverse of each coin has the effigy of Queen Elizabeth II, which is common for Canadian coinage.  The reverse contains the landscape images, a different image for each issue.

The four coins will contain the following images on their reverses:

These coins are available at the Royal Canadian Mint both as individual coins and as a subscription.  Just click the links to learn more about the coins, and the subscription option where you buy one coin at a time and spread your purchases over time.  The Royal Canadian Mint is very easy to work with.  I strongly recommend you look at their incredible products.  And, they currently ship to Canada and the United states free with a purchase of $100 or more, which can be much less than $100 in United States currency.

One Coin Series among Many

In 2015, the Royal Canadian Mint has issued one after another of some incredibly beautiful coins.  This is just one fantastic series, but others also exist.  I highly recommend the Songbirds of Canada as another extraordinary series.  It is covered in another article.  The link to that article is provided below.

Then, the Looney Tunes coin series must also be mentioned, with some incredible designs featuring some popular cartoon characters in brilliant color.

Birds of Canada on Colorful Coins
Canada is home to some very beautiful birds, and the Royal Canadian Mint has made two attractive bird themed coin series.

Grizzly Bear Coins from Canada
The Royal Canadian Mint has a new coin series, the Grizzly Bear. This is a four coin series minted in fine silver, and a welcome addition to the collector coins from the Mint. 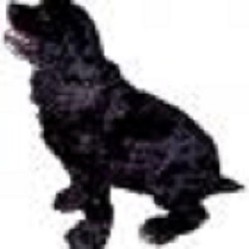