The Royal Canadian Mint has a new coin series, the Grizzly Bear. This is a four coin series minted in fine silver, and a welcome addition to the collector coins from the Mint.

A new coin series from Canada

The Royal Canadian Mint has just released the first of yet another exciting coin series. This series is titled Grizzly Bear. The coins feature one of Canada’s most identifiable animals, the grizzly bear. The series is likely to generate interest because of the awesome images on the coins, as well as the high standards of quality of the Royal Canadian Mint.

The grizzly bear has been used before by the Royal Canadian Mint, and has done well with collectors. There is no reason to believe this new series will not rapidly become a favorite collectors.

Introduction Image: Thiss is allowed by the Amazon affiliate program.

The Grizzly Bear Series of Coins

This new series has been launched with the first coin of the series, The Catch, featuring a grizzly bear in the process of catching a salmon in flowing river water.  The image has an outstanding design.  This particular image is set in a river valley of western Canada.  The artist who designed the reverse of the first coin, or what is called the tails side, is Lauren Crawshaw, and the obverse, commonly called the heads side, is the effigy of Queen Elizabeth II designed by Susanna Blunt.  Canadian coins have the effigy of a monarch of Great Brittan on their obverses.

The remaining coins of the series are titled Togetherness, Family, and The Battle, bringing the total number of coins for the entire series to just four.  Short series are easier to collect, and can be obtained in entirety over a short period of time.

The coin releases allow for individual coin purchases or for subscriptions whereby you are assured of being able to get all four.  Just go to the link for The Catch and you can find more information on these fantastic coins, and on the subscription option.

The coins in this series have lettering on otherwise plain edges, a feature of relatively few coins.  The coins are one Troy ounce, 31.39 grams, of 0.9999 fine silver, and are made with a proof finish.   Mintage for each coin is limited to just six thousand five hundred pieces, making it a rather low mintage group of wonderful coins.

The denomination of these coins is twenty dollars Canadian, a nominal denomination compared to the initial value to collectors.

Each coin comes with a serialized certificate of authenticity, and in a box and display case.

A Personal experience with the Royal Canadian Mint

I have a website, Black Spaniel Gallery Coins, and occasionally make purchases from the Royal Canadian Mint for items to add to my website.  I ordered five of a certain coin in the past, just before the coins were to be released.  I waited, and the Royal Canadian Mint returned my funds, only to replace the hold a few days later.  I contacted the Mint and inquired, and was told they were expecting the coins to ship soon.  After several months there was an assurance the problem had finally been resolved, and my order was still valid.  What was the problem?  The Royal Canadian Mind refuses to send out coins that do not meet their standards, and their standards are high.  The Mint had rejected the coins before releasing them.  After that I got a new respect for the Royal Canadian Mint, and know when I get a Canadian coin from the Mint it is of high quality, and I can proudly advertise it to my customers.  So, I am confident the Grizzly Bear coin series will be four first quality coins.

Birds of Canada on Colorful Coins
Canada is home to some very beautiful birds, and the Royal Canadian Mint has made two attractive bird themed coin series.

They have some very nice collector coins. It is worth just viewing them.

blackspanielgallery, It's nice to know -- though no surprise -- that the Royal Canadian Mint has quality standards which it maintains through quality control. It means that coin recipients have something worth owning and passing on to future generations.

In my opinion I rate the Royal Canadian Mint highest in the world.

These new Grizzley Bear coins are beautiful! I especially enjoyed the account of your experience with the Canadian Mint. 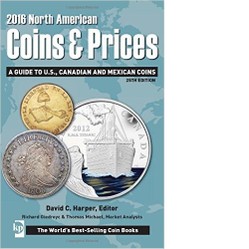