It is predicted that China wil dominate in the future in economical terms. Let's see how the situation is in the automotive industry.

Faraway (geographically speaking) and yet so close (in terms of our common consumerists habits at least), China is certainly one of the major powers of the world today. A huge economy that is growing faster than most of its counterparts, China is a country that, along with other world powers such as the U.S., of course, the European Union, Russia, India, and Japan are shaping up the 21st century in various fields, from technology and innovation to production of goods and commodities. On this background, one can look at China and see it clearly: China is big and China is emerging, more and more and in the fastest pace, maybe even now, as I am writing down these few words.

Take, for example, the China’s automotive industry. When looking at the automotive industry emerging in China one can witness the extraordinary rhythm towards a future where this emerging place will not only follow, but it will also create global trends. Despite approaching the level of development registered in what one would call 'the Western hemisphere’, China is a country that cannot be compared easily with Western nations when it comes to political ideology or even values and mentalities. The politics of the Asian giant are obviously quite different compared to countries such as Germany or even Brazil. You’ll find no communist party ruling Germany, for instance! However, despite the differences in ideology and political stand, China is also a power that did not deviate from the goal of standing high as a globalized economy. The rules in China were simple: we produce, we consume and we really have to make our economy grow. That's China's policy in a nutshell!

And China produces a lot - I mean really a lot! It’s not only clothes that China is producing (or reproducing), as one might tend to think. And not even the iPhones made for Apple are the peak of production. China produces something else: it also produces cars and it is expected to grow significantly in this direction during the next years. If taking a look at the numbers these may speak for themselves, as they're already pretty impressive: in 2012, China produced 25% of the world’s cars! The Asian Giant's internal market demand for cars is also growing constantly, turning China into a country where people buy more new cars than in the United States at the moment. Just think about it: some 10-15 years ago these numbers would have sound completely out of the picture. However, we must accept the new reality and admit to ourselves that the China of 2013 is a whole different country compared to just a decade years ago.

Needless to say, China is already on the top, but everything suggests that it might propel itself on an even higher position when it comes to both car production and consumption, surpassing its competitors in the following period.  One only needs to take into account that in China only 8% (!) of the population own a car. Therefore, China represents a gap on the global market, allowing for this growth to happen. In Europe, the number of car owners rises to 50%, while in the U.S. it even reaches 80%. Nowadays, finally the time has come for more and more millions of Chinese to afford to buy a car as well. So, no wonder the automotive industry is flourishing in China!

One particularity of the Chinese automotive market is that at the moment the Chinese still tend to prefer foreign cars or foreign car brands. The German brand VW is China’s biggest seller, while the French Citroen sells more in China than in France! MINI is not doing bad in China either. As a matter of fact, for the first time in history all MINI models will be available in China, as a response to the high demand.  MINI’s 0 car finance options might be the tempting trigger for us, the European buyers, to get a new ca, as we are too well acquainted with the legendary MINI. However, for the Chinese buyers the special deals might not even matter that much; for them, it could be much more a matter of prestige and acquiring that image capital that they seem that they cannot do without on the global market. MINI’s latest model, the MINI Paceman, recently toured in China, showing off its charms to potential buyers. There is a great mini documentary available online that narrates the story of the travels of a MINI Paceman to the promising land of China. Take a look and get inspired:

To sum it all up, I would rather say that the world is… rapidly changing! That’s not an entirely new conclusion; we could see this happening many years ago. Still, it does feel exciting when the moment comes and you actually live it! The world is changing in a way that makes the planet a multipolar space where nations, along with their citizens, are trying to position themselves taking into consideration new realities and possibly new challenges. A Chinese car might sound kind of weird for a European car aficionado, but consumerist habits sometimes are not hard to change. Just like Japan did it once and transformed itself into an industrial giant, China might do the same overnight. We only have to sit (tight) and wait… we might find ourselves sitting on the driver's seat of a Chinese car in the meantime.

Your summary statements says "It is predicted that China wil dominate in the future in economical terms." Not gonna happen.

Interesting article. Chinese cars arn't yet being exported - they seem to be producing mainly for domestic consumption 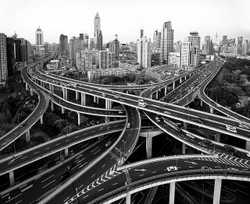 The Chinese Economy: Transitions and Growth
100%  43   18 frankbeswick
Other History