The Disney Stories of My Childhood

This is a post dedicated to the all time favorite Disney stories from my childhood...

I admit – I had a very Disney childhood! And when I say Disney, I do not only mean Mickey Mouse, Minnie, Donald Duck, Pluto and Goofy. I mean all of the most amazing fantasy stories transposed into animation movies. Not to mention that there has always been the possibility of being taken to Disneyland if I was to be a good kid, to have the time of my life and enter the magic world of stories that fascinated me so much!

Lady and the Tramp

My first and all time favorite Disney story was The Lady and the Tramp. Not only that it made me smile and clap my hands, but it also inflicted a great love that I still feel for dogs. Every time I see a Cocker Spaniel I remember Lady and her adventures to find the love of her life. Lady is a well-off she-dog, loved, spoiled and pampered by Jim Darling and his wife. However, Lady makes it outside the safety zone – the fancy neighborhood where the home she was living in was located – and she ends up having adventurous times along with her new friend The Tramp. They fall in love and The Tramp also moves in with her in the loving house she had been growing and living in, having puppies and living happily ever after. My favorite scene is the jazzy song sung by all the vagabond dogs unlucky enough to have gotten caught and taken to the dog shelter, where a very gloomy perspective was casting a sad shadow on their lives. The Lady and the Tramp Story is certainly still up to date and nevertheless it could raise awareness concerning animal rights or even inequalities. This Disney story is still my number one and this is how it will always be!

Moving to the next Disney story that marked my childhood and adopting a rather lighter tone, I'd like to introduce you to The Bare Necessities! In case you do not know what I am referring to already, then let me explain myself: it is all about The Jungle Book! It was one of the Disney stories that certainly made my childhood and it stayed with me forever due to the amazing soundtrack that the Disney animation movie is imbued with. We might know the story from other sources as well, such as Rudyard Kipling’s Jungle Books. But I have always preferred the Disney version. Mowgli can be the source of inspiration for any kid or any age, teaching the love for nature and for animals, also providing with a very good example of what friendship means due to the wonderful relationship established between Mowgli and his animal friends from the jungle, teaching him about life and the like.

Disney Studios did the best job ever into transposing the story into a cinematic masterpiece that must have made history by now. I remember that back in those days of my childhood I would have liked to make it myself to the jungle and have such great friends, but probably today I'd rather think twice or actually think about some AttractionTix Disneyland deals to make my day and meet my friends in a much safer and pleasant environment – or, better put it, to rather meet my Disney friends rather than jungle friends for real. From Disneyland I might return happy, but from the jungle my 'friends' would have never let me go once intruding in their natural habitat, if you know what I mean …

Beauty and the Beast

…friends would have never let me go such as The Beast would have never wanted Belle to go out of his charmed palace, since there was love growing between them. The Beauty and the Beast was another of my favorite Disney stories back in my early days. A romantic story, one might say: Belle goes to the palace of the charmed prince, turned into a beast because of his arrogance. The two fall in love and, consequently, the prince is saved from his 'beast hood'. Needless to say... or shall I say it? My favorite characters were not the main ones, as I was not a kid set too much on romance. My favorite characters were actually Lumiere, Cogsworth, Mrs. Potts and her little son Chip, all turned into a candelabrum, a clock, a teapot and a teacup, respectively. After enjoying Disney's Beauty and The Beast, I must admit that I did stare for a long time at my teacup in the morning! For sure, I was still enjoying Disney even in my morning dreams!

Watch Beauty and the Beast

Disney Receives 22 Oscar Nominations for the 2023 Academy Awards
The 2023 Oscar nominations were announced today (Jan. 24, 2023), and Disney-branded films received a total of 22 nominations. Searchlight Pictures’ “The Ba...
Disney Foodie Guide to the ‘Disney 100 Celebration’ at Disneyland Resort
The “Disney 100 Celebration” kicks off this week on Friday, January 27, 2023, and a big part of the celebration is all the culinary creations that are sure...
Shanghai Disney Resort Celebrates First Day of the Year of the Rabbit
Shanghai Disney Resort celebrated the first day of the Year of the Rabbit on January 22, 2023, with a traditional lion eye-dotting ceremony at Shanghai Disneyland that...
Updated: 05/31/2013, EliasZanetti
Thank you! Would you like to post a comment now?
8

EliasZanetti, Thank you for the trip through the Ever, ever lands of Disney! The first Disney films I remember coming across are The Lady and the Tramp and 101 Dalmatians. The first one I love for the same reasons as you, the second perhaps reinforces my concern for strays.

The earliest Disney movie I remember watching was One Hundred and One Dalmations, and I recall being terrified of Cruella de Ville! They don't make Disney movies scary they way they used to - they go for cute these days.

@ologsinquito: Sounds as the best possible combination for kids :) Thanks for the comment.

Our family would also travel to Disneyland it was a real treat. One of my uncles also owned a couple of pizza parlors near Anaheim, and that made it even better.

I think they might have been aware of the power of these stories... Indeed, they stay in your mind, you carry them with you as you grow old... It might be a strange feeling as you say but surely it must also be very flattering :)

Disney films were such an influence on some of our childhoods! I wonder if they knew what power they had when they were making them. I have young people tell me they watched the films I worked on and how much they affected them and it's just...strange :)

As children, we measured our mistakes by our parents reactions.

Growing Up In a Different Age

Now, I'm a grandfather, but I still recall growing up as a child and the qual... 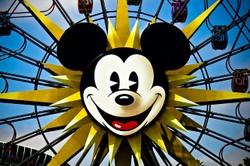 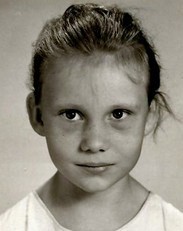 As children, we measured our mistakes by our parents reactions.
100%  37   23 samsons1
Childhood Memories

Growing Up In a Different Age

Now, I'm a grandfather, but I still recall growing up as a child and the quality times we had as a family...
Loading ...
Error!