Universal Studios Florida is a place where movie fans of all ages can celebrate their love for Hollywood.

Hollywood (I have no doubt about it!) is the place where the world’s greatest stories are currently being told. The word “Hollywood” signifies a myth; and we‘re all, whether we admit it or not, hooked on it. Other countries have tried to follow U.S.’s example: have you ever heard about Bollywood from India or… Nollywood from Nigeria!? Well, we can’t really blame them for getting inspired! Truth is, though, that Hollywood is a myth, a rather American myth, one would say, and no competition from abroad seems to be able to change this anytime soon.

In search of Hollywood pleasures

There are many ways to express your love for Hollywood. For example, you can simply lie in your comfortable sofa and organize a movie marathon along with your friends. Or, you can buy miniatures of your favorite movie heroes from eBay.  If you really want to do something special to honor your adherence to Hollywood then you have no other choice than to head to Florida. There, the Universal Orlando awaits for you (and your children, if the case)! The Universal Orlando Resort is one of Florida’s most spectacular theme parks. It consists of two parks: the Universal Studios Florida and the Islands of Adventure. While both of these theme parks are impressive and very tempting, I would rather stick to the first one, which I will try to present it to you further on.

For the love of Shrek

Production Central’s highlights include the Shrek 4-D which takes us for an exciting journey around the Shrek animation movies universe by making use of the latest and fanciest technology. Also, upcoming this summer, there's the Transformers: The Ride, yet another thrilling 3D voyage.

Mummy vs The Blues Brothers

The New York section includes the Revenge of the Mummy (inspired by the Mummy franchise), a captivating tour in an enclosed steel roller coaster and the Blues Brothers Live show where kids and adults can tune-in with the unforgettable urban adventures of the cinematic legends of blues. Don’t lose any time and check on FloridaTix Universal Studios tickets where you can enjoy two weeks of free access to the whole Universal Orlando Resort.

Moreover, the San Francisco/Amity offers a great live show called Beetlejuice’s Rock and Roll Graveyard Revue where a series of the monsters we… love, such as Dracula, Frankenstein’s monster and Wolfman among others, appear on the scene stealing the audience’s breath and attention.

Do you remember the Simpsons?

What is more in this wonder of entertainment based on our best cinematic fantasies is that the World Expo gives us the chance to enjoy a simulator ride with the company of one of the most beloved families ever in the history of television series: the one and only Simpson Family! Peculiar family, indeed, but also hilarious, don’t you think? There is also the Men in Black Alien Attack show for the sci-fi/action aficionados, for a change... especially after the exciting encounter with The Simpsons.

The Woody Woodpecker’s Kidzon is the theme park’s kid’s heaven. Kids can derive plenty of pleasure and excitement at Woody’s rollercoaster, while at the Animal Actors On Location (which is a live stage for… talented animal actors) they will surely feel at ease with the animal kingdom. Not to mention that over here you could also have your encounter with the most popular alien of all times: E.T.! The E.T. Adventure will stay in your minds the way most of Steven Spielberg’s classic movie managed to, shaping a generation’s frame of perceiving childhood and, further on, the whole world. Did I mention that Hollywood’s most commercially acclaimed director Steven Spielberg is a co-founder of the park!? Well, no surprises here…

Last, but not least of what you will be seeing at Universal Studios Florida theme park is the Hollywood section. The Universal’s Horror Make-Up Show invites you to take a look at a close range at the imaginary creation of monsters and evils in Hollywood movies, with the hope that next time you meet them on the big screen they will scare you less! There is also the tribute paid to Lucille Ball. As for the more action oriented young adults, the attraction of their choice would have certainly been the new show Terminator 2:3-D Battle Across Time.

May this be a trip you will never forget… Enjoy Hollywood!

EliasZanetti, Theme parks are such learning fun for children that I wonder how the theme park near Chauvet Cave -- Werner Herzog's "Cave of forgotten dreams" -- is doing for adventure-lovers of all ages.

@fitzcharming
Hehe... Hulk's screams are loud indeed if we judge from his explosive character!!
Thank you for your comment..

It's 2 miles from my house. My kids listened to the screams from the Hulk ride while changing classes at high school. Great fireworks at night from my backyard! Yes please everyone come and visit and help our Florida economy!

Florida is the heart of American entertainment world, one could argue... along with Los Angeles of course!!

Florida has so many attractions - one of the top places to travel. Universal studios is a MUST to visit.

@AnomalousArtist: It's surely worth giving it a try! Have fun! ;)

This was great! Here in Los Angeles they've replaced most of the "old" rides with the "new" rides and I think that's too bad...sounds like Florida's Universal is maybe bigger and there's more to do...now I want to go! :) 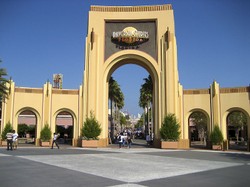 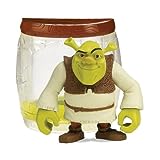