Dress your iphone for the season with these fun Christmas iphone cases.

We love to decorate at Christmas time and around the globe we're joined by millions and millions of other people decorating their homes, cars, offices and even themselves for the happiest holiday of the year.   It stands to reason that we should decorate our iphones doesn't it?

Instead of wearing a Christmas t-shirt, homemade reindeer jumper (who can forget Colin Firth in Bridget Jones' Diary?), Christmas ear-rings etc, just dress up your iphone as your nod to the season of giving.

Santa is always a popular choice when it comes to representing Christmas.   Portrayed as a jolly man who brings gifts to everyone - what is not to like?   I think Santa is a great way to decorate your iphone for Christmas so with a 'Ho Ho Ho,' just choose your favorite Santa iphone case and you're set for this Christmas!

Of course Santa wouldn't make it around the world on Christmas Eve without his sleigh and his faithful and hardworking reindeer so you might want to include them on your Christmas iphone.

In our house the reindeer are always left a treat on Christmas Eve because they have to pull all of the presents in the sleigh (my daughter's got her capitalist priorities!)

How could you not fall in love with any of these Christmas reindeer iphone cases?   Personally I like the last one of the three - it's a very simple design, but that red nose just screams out Rudolph to me.

I love the song Rudolph the Red Nose Reindeer and I don't think I've celebrated a Christmas without singing it!   It almost makes you wonder if Rudolph has a big head hearing people around the world singing about him every year..............I guess we're lucky he's still willing to pull the sleigh with his other reindeer friends!

A Great Way to Decorate Your iPhone for Christmas

Candy canes are synonymous with Christmas and it's hard to imagine Christmas without them as part of the celebrations.   Candy Canes, like the modern Christmas trees, were introduced as part of our Christmas celebrations by Germany.   Originally white sugar sticks were used to decorate Christmas trees but in the late 1600s a choirmaster in Cologne, Germany started bending the shape of the stick to represent a shepherd's staff and handed them out to the children.

The candy canes continued to be made like this and spread throughout Europe as part of Christmas celebrations making their way to America via European settlers in the 1800s.

Vintage images of the candy canes show that they remained white until the beginning of the 20th century when we began to see red and white stripes on the candy canes.

Over the last few years I've heard that candy canes were shaped to represent the letter J for Jesus, but upon researching I can't find anything to support that statement so I'm sticking with the shepherd's crook as I'm descended from shepherds on my dad's side of the family so it feels even more special to me.

Whichever story you want to use as to how the candy cane got it's shape one thing is for sure they are a great way to decorate your tree so why not use them on your iphone as well.

The candy cane iphone cases above are sure to be a sweet addition to your Christmas accessorizing!

Snowmen and Christmas will always go hand in hand in my mind.   Even the Christmas t-shirts that our children dress in during December are usually filled with winter inspired Christmas scenes like snowmen which show what an intregal part of Christmas they are in our society.

It's hard to know which snowman iphone case is the nicest one to choose though, I do like the middle one as you get two snowmen on that case!   The end one is also pretty cool though - which one do you like best?

What says Christmas more than a Christmas tree?   My daughter usually starts bugging me to put up a Christmas tree as soon as Halloween has passed and I'm sure if you have children in the house you can relate to that!

We like to all participate in decorating the Christmas tree which is why it's one of my favorite parts of Christmas (even more so than the gift giving, but don't tell everyone or I might not get a present next year!)

My Favorite Type of Christmas iPhone Design is........

It's so hard to decide on what Christmas design you'd like to see decorating your iphone, but you don't have to stick to just one, you could buy a couple of different ones.    The way I see it is that Christmas comes every year so get a new Christmas iphone case every year and then you'll be able to use a different one every day in your Christmas lead up.

I think I've covered most categories of Christmas iphone cases, except vintage, but there are always more designs that you think of and fall in love with so I've decided to add a few more for you to look at and choose from.

Will You Be Dressing Your iPhone for Christmas This Year?

hey...great collection, its amazing. Was looking for good iPhone case seems these are cool ones...

Really adorable. I have an Iphone 4 and I really need one of these for my iphone now. I think I know what I need from Santa Claus this year ;)

Thanks for writing this!!

I have bought an iPod Touch case, and it really is amazing, but not as amazing as having a Santa clause one!

I have an iPhone case, but if I had to choose another it would be smiling Christmas reindeer

I think the scrawny Christmas tree is my favorite. It looks like it needs love!

I don't have an iPhone yet. I kind of like the scrawny Christmas tree one. Sort of a country style.

Cool, cheap, unique cases or covers for Apple iPhones come in most beautiful...

You can't wear gloves AND use your iPhone or touchscreen device. Here's a so... 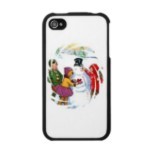 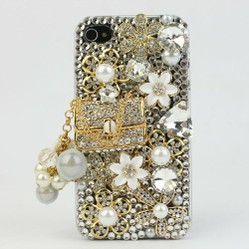 Cool, cheap, unique cases or covers for Apple iPhones come in most beautiful designs and awesome patterns, they are also cute, simple and great gift ideas for techies or geeks.
73%  13   4 potpiegirl
Apple Accessories 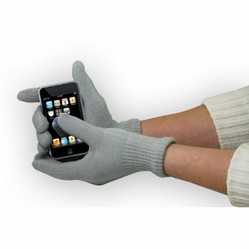 You can't wear gloves AND use your iPhone or touchscreen device. Here's a solution!
Loading ...
Error!