We all have Christmas memories and things we like about Christmas

Christmas memories
As a child living with my family in Cardiff in South Wales, I believed in Father Christmas until I was probably around the age of 10. Hanging my Christmas stocking and getting presents was something to look forward to. It was part of my personal joys of the festive season.
In recent years Christmas hasn't meant much to me but I have some happy memories of this time of year. I am sure everyone has! I am also sure that Christmas will mean different things to different people.
In this article I will be having a seasonal look at what Christmas has meant to me and what the important and memorable parts of my Christmases have been.

I believe in Father Christmas by Greg Lake

I Believe in Father Christmas by Greg Lake

It may sound silly but I really did believe in Father Christmas for very many years. Although it made no sense to me I couldn't work out how the presents were being delivered if it wasn't for Santa. I used to try staying awake to find out how it happened but never succeeded. I always woke up after Father Xmas had been and a full Xmas stocking was left on my bed. It was a moment of happiness and excitement but also a mystery!

It was something very good to look forward to though. I used to love getting Lindt chocolate teddy bears that I only ever got from Father Xmas. It was something I associated with that magical time of Christmas Eve. It was also part of the joys of Christmas that I lost as I grew older.

Christmas cards were always a big part of Xmas celebrations. In my late teens I used to look forward to getting as many as possible and hanging them on strings, one next to the other. I would count how many I had received.

It made me feel wanted and important to get a lot of cards, even if I never heard from some of the people who sent them for the rest of the year. I suppose that is a big part of why people love Xmas cards so much and why they have retained their popularity.

Get dressed up for the Xmas party

I was never really much of a party-person, not even as a child, but there were some things I enjoyed about family Xmas parties, mainly the food! I admit I used to love eating mince pies and Xmas cake.

I remember it was fun dressing the Xmas tree too. My family had a real one for many years. We always had fairy lights and baubles to hang on it and plenty of coloured and silver tinsel. Best of all though were the chocolate animals and Father Christmas figures wrapped in silver foil and hung on the Christmas tree branches. They were something to look forward to like Christmas gifts!

We used to have a Xmas dinner party of sorts too and would all pull Christmas crackers and put on the colourful paper Xmas party hats they contained. I remember the daft little jokes on slips of paper and the novelties and gifts such as a small fake silver elephant charm or maybe a balloon.

Pulling Xmas crackers were part of the celebrations at Christmas dinner with my family. We would do this after eating the roast turkey or chicken dinner with roast potatoes, stuffing and parsnips.

After the main course and the crackers my mother would serve the Xmas pudding with white cornflour to pour all over it and a dash of brandy. This was an especially enjoyable moment for me and I often had second helpings.

I used to go to many Xmas parties as a teenager and into my twenties but as I got older they became more an excuse for drinking too much. Of course, I always used to hope that a Christmas kiss under the mistletoe would be the beginning of a relationship but it never did.

Do you Wish It Could Be Christmas Everyday?

Hit single by Wizzard and book about Xmas hits

After Xmas dinner we all used to watch the TV for most of the rest of the day. My mum used to insist on quiet while the Queen was on and fortunately this wasn't for very long because it always bored me to tears.

There were usually some good films on and also I used to love watching the special Xmas edition of Top of the Pops. I admit I used to follow the charts and it was interesting to see which act made it to the coveted number one for Christmas.

There were a lot of pop songs that became Christmas hits and got churned out year after year and still do. Classic songs! Some of them are really good you have to admit whatever you may think about Christmas. Songs like John Lennon's Happy Christmas (War is over) or happy fun-filled ones like Wizzard's I Wish It Could Be Christmas Everyday.

Then there were the Chrismas films that were on every year. I lost count of the number of times i watched the original Wizard of Oz but it never lost its magic. I would happily watch it again!

Happy Xmas (War is Over) by John Lennon

Happy Xmas (War is Over) by John Lennon karaoke version

Tenerife is a subtropical island with palm trees and warm sunshine even in wi...

There are a lot of flowers and plants and trees that are associated with Chri... 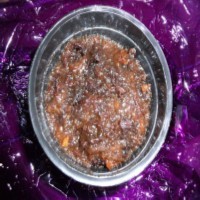 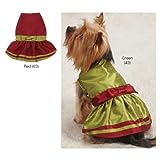 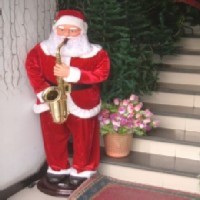 Tenerife is a subtropical island with palm trees and warm sunshine even in winter but nevertheless it also has traditional Christmas images and customs for the festive season.
14%  0   2 BardofEly
Christmas Traditions 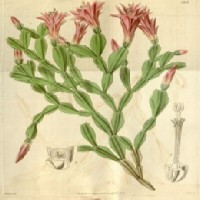 There are a lot of flowers and plants and trees that are associated with Christmas and this keeps the Winter Solstice festival linked in with nature and its pagan roots.
Loading ...
Error!