The Clemson Tigers have been a team to watch for some time. Clemson football tickets are hot items to have. Clemson games are very exciting!

The Clemson Tigers are the football team for Clemson University in Clemson, South Carolina. They are members of the Atlantic Coast Conference and compete with The Boston College Eagles, The Duke Blue Devils, The Florida State Seminoles, The Georgia Tech Yellowjackets, The Maryland Terrapins, The Miami Hurricanes, The North Carolina State Wolfpack, The North Carolina Tar Heels, The Virginia Cavaliers, The Virginia Tech Hokies, The Wake Forest Demon Deacons and teams from other conferences as well.

The Clemson Tigers play at Frank Howard Field at Memorial Stadium, popularly known as “Death Valley.” It’s the second largest stadium in the ACC. It was the home of the Carolina Panthers as well, until the completion of Bank of America Stadium in Charlotte, North Carolina.

The team, formed in 1896, has collected quite a number of achievements, including 18 conference championships, 5 undefeated seasons and 2 divisional titles, and has produced 68 All-Americans, and 169 NFL players. The Tigers have had six members inducted into the College Football Hall of Fame.

Walter Merritt Riggs is widely recognized as the "Father of Clemson Football," because he brought the game with him from Agricultural and Mechanical College of Alabama (now Auburn University). He allowed the players to pick the name of their team, which is why there are two teams in Division 1 college football with Tigers as mascots.

John Heisman coached the Tigers for their first undefeated season (6-0) in 1900. He only coached at Clemson for four years, with a 19-3-2 record, the best in Clemson football history. After a 73-0 rout of Georgia Tech in 1903, the Yellow Jackets hired him away from Clemson to be their first full-time football coach.

In 1931, Jess Neely became the head coach. Neely led the Tigers to a 43-35-7 record. Frank Howard, Neely’s assistant coach, took over in 1949 and was head coach for 30 years. In that time he compiled a record of 165-118-12 record, a 3-3 bowl record, won two Southern Conference championships, and six ACC championships.

The post-Howard era was a hard time for Clemson until Charlie Pell took over as head coach. He only coached for two seasons, but he compiled an 18-4-1 record in that time and took the Tigers to the 1978 ACC Championship and two consecutive Gator Bowls.

Danny Ford took over for Pell in 1978 and was head coach for 11 years. He won his first game, the 1978 Gator Bowl with a 17-15 victory over Ohio State. That game was notorious for Ohio States legendary coach, Woody Hayes, punching a Clemson player after a game clinching interception. Clemson was plagued by NCAA rules violations during Ford’s time, which eventually ended his career.

Clemson has had consistent postseason play in the past few years. Tickets for Clemson football games are highly prized among fans and alumni both.

Where is Memorial Stadium?

What Is Your Favorite Clemson Tradition?

Other Football You Should See

Tickets FSU
The Florida State Seminoles are a powerful team with a storied past. Don't miss your chance to see them play!

Gamecocks Tickets
The USC Gamecocks are an impressive football team to watch! 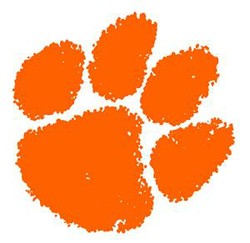 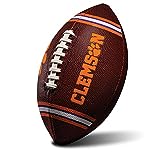