Cloud Atlas Movie - A Philosophers Wet Dream! Everything Is Connected

The Wachowski Franchise is at it again! Step aside "The Matrix" philosophy, step in a new an engaging world of intrigue blending the past, present, and future...

The life your living is not your own. This is a powerful line that after watching the video below (extended preview) you will hear with ripples in your very spine. This new movie is a philosophical wet dream. It's layers are deep and penetrating like The Matrix was... I suspect we'll have to watch this one several times to really grasp the powerful messages below the surface as well.

The Matrix was actually life changing for me. The ideal in that entertaining movie really made me rethink what's important, how my actions cause reactions and how the source code of reality is really intangible but tangible at the same time. Skip the scenes of mass destruction and the glorifying of special effects- Just give me the powerful insights! This new movie named "Cloud Atlas" is going to blow your mind like The Singularity is Near will! The film is scheduled to be released on October 26, 2012.

Based On A Book Of The Same Title

The title above is the main theme of this movie. Like The Matrix, it looks like it's going to lend more
deep insight and powerful philosophical discussions about life and "the matrix" of life, this time without having to turn the world into battery juice for computer monsters, but rather that does it more eloquently with powerful scenes shot in the future, present, and past that travel not only through time but through same person incarnations.

Hally Berry, Tom Hanks, and Hugh Grant are a few characters that live in several different times as incarnations of themselves- showing how the past, present, and future affect one another unilaterally!

This film will show you how things in all three time phases (past present future) affect one another very intimately. That's pretty fascinating to think about actually. Scenes go into what looks like the 1600-1700's, bring you back to the present, then take you into a future complete with Matrix style and powered special effects that will blow your mind.

If the film's precedence doesn't excite you you should see all the 'A' Listers that signed up to be in the next billion dollar earning film that may just have 3 parts as well (no rumors yet).

Tom Hanks, Halle Berry, Jim Briadbent, Hugo Weaving, Hugh Grant, Even Susan Sarandon wanted in! From what I can see Tom's a constant thread throughout the movie and as always has a powerful performance- even when he's sitting still and calm, the emotions he invokes in you are almost magical... 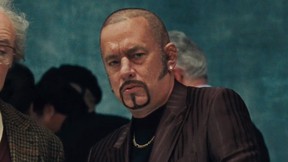 Some really interesting things in this movie are how the known actors bridge out into characters that are powerfully uncharacteristic.

Some examples are Tom Hanks playing what looks like a scary thug, with a goatee (see image next to this paragraph).

One of the threads throughout the movie is the

Another is Hugh Grants character (bad guy)... shown to the left in a uniform of some sort. But the image that really made me take a double take was the tribal looking one: 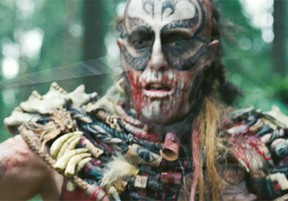 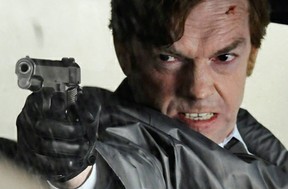 One of the most noticeable things about the movie is that it doesn't seem like recycled futuristic scenes, props and technologies, but goes the extra step to really appear unique and mesmerizing. The glass highways in the future scenes, the crazy overzealous looking restaurant (looks like a MacDonald would in the future), and even the cool technology like a bridge created between two buildings instantly really brings the "new" cool. I like the tag line "Death.Life.Birth".

The movie scrolls through so many things it's hard to get your head completely around it right away but I'm sure it will be one of those movies you want to keep watching to get something new out of it!

Below the movie poster is the above 5 minute trailer with commentary for your enjoyment.

Read The Book While You Wait For The October Release

Thanks winterfate, I can't wait till it comes out, I feel like it's going to have the same deep impactful philosophy as the matrix... the concepts are deep, intertwined, and complex.

Oh, wow! This sounds like a movie to watch. I was fascinated by the Matrix trilogy (mainly the first one; the other two lost a little something that's a bit hard to explain). I watched the first Matrix over a dozen times, and the level of complexity that was interwoven into its plot is nearly beyond belief. I was still finding out new things in the ninth or tenth viewing of the movie.

Thanks for the great article! Liked and tweeted! 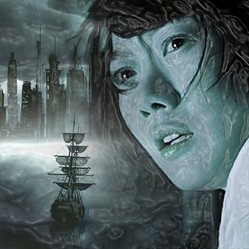